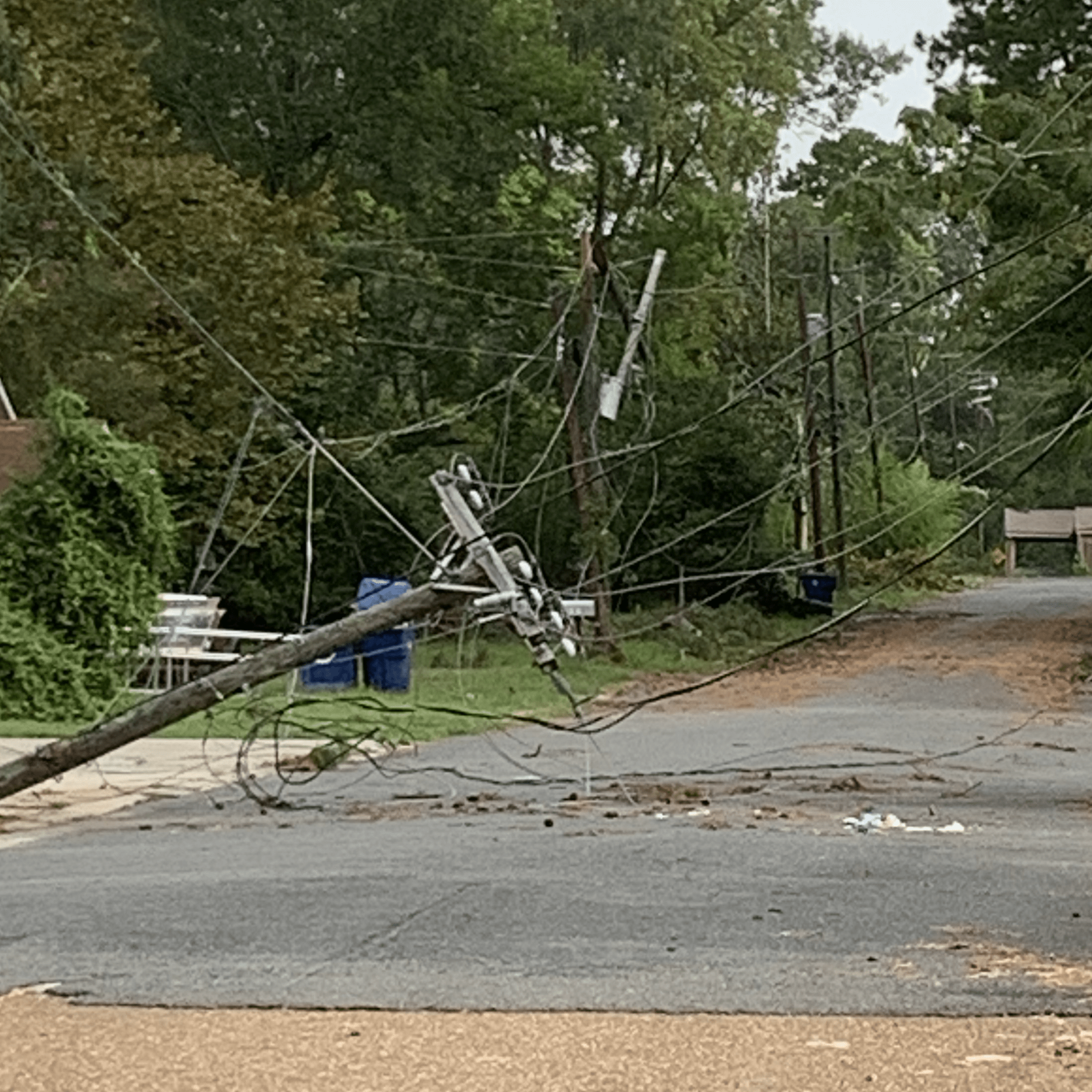 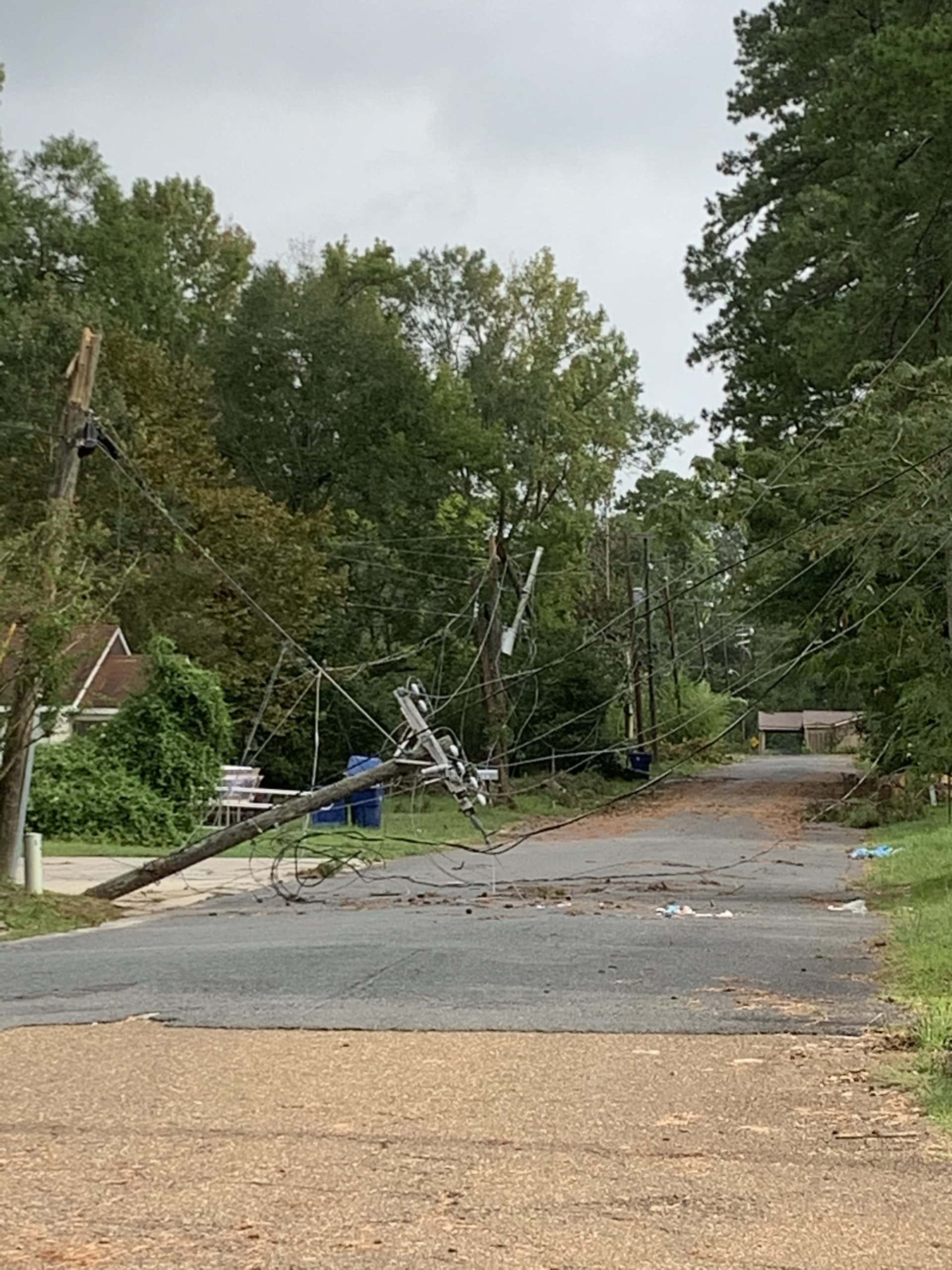 Hurricane Laura blasted the Louisiana coast as a Category 4 storm—the worst to hit the state in more than a century. (Hurricane Katrina in 2005 was Category 3.) The Lake Charles region of southwest Louisiana bore the brunt of the winds, but the destruction continued 50 miles inland to the small town of Leesville and its neighboring Army base of Fort Polk. In that area, gusts of 135-mile-an-hour winds and torrential rains toppled massive, decades-old trees onto houses, cars, and power lines.

As the sun rose the next day and the winds moved north, Louisiana residents found mass devastation. Thousands of homes were damaged, many completely destroyed. Numerous power plants, water supply stations, and thousands of miles of power lines were down. Without electricity, cell service, or internet, the isolation settled in as heavy as the blanketing heat and humidity. Temperatures rose to the 90s, and heat indexes went over the one hundred mark. It was clear there would be no fast fix.

Two Louisiana Covenant pastors rolled up their sleeves. Darrick Gütting, pastor of the fledgling church-plant High Point Church–Ft. Polk, immediately checked on core team members. They began cutting and moving heavy trees and debris for neighbors. After a couple of days, Gütting connected with a veterans’ service organization that was serving hot meals from the fairgrounds. High Point team members jumped in and the grass-roots effort continued to grow. Water and ice donations came in, which the volunteers distributed. A food company from Baton Rouge began sending in trucks daily with hot meals, and the Covenanters joined in distributing between 8,000 and 10,000 meals and snack bags a day.

As power started to return to some of Leesville, the effort has turned its energy into delivering food to more rural areas and places closer to the coast. The High Point core team is truly living its mission of “Real people meeting real needs with the real love of Jesus.”

Making deliveries to an elderly community, they brought a bag of ice to one senior woman, who began to cry. She had no other way to keep her insulin cold. That bag of ice was critical.

In addition, Canal Street Mosaic Church in New Orleans quickly began gathering donations. Pastor Page Brooks, who also serves as a National Guard chaplain, was called up to minister to military service members as they started the relief effort. When off-duty, Brooks coordinates getting the Mosaic donations to the Leesville area.

Garth Bolinder, superintendent of the Midsouth Conference, also began collecting donations and prepare a shipment of supplies to support the ministry. Churches and individuals from Texas and Oklahoma started sending boxes immediately.

While the death toll caused by Laura was relatively low at 25, the suffering will continue for some time. Hundreds of thousands are dealing with the Louisiana heat and humidity with little relief. Estimates for the Lake Charles area are that power will return in six weeks and water in two months, with rural areas taking even longer. Food and water, ice and generator fuel, all kinds of supplies and funds are needed.

Please continue your prayers for the area. Pray for the people to find lasting hope in Jesus. Pray for utility workers’ safety and strength. Pray for supply lines to keep coming. Pray for the ministry of High Point and Canal Street Mosaic churches and their pastors. And please pray for cooler temperatures.

Love Mercy Do Justice is partnering with the Midsouth Conference to provide disaster relief. To give, please click here.

Tonia Gütting is a freelance writer who is married to Covenant pastor and Army chaplain Darrick Gütting.