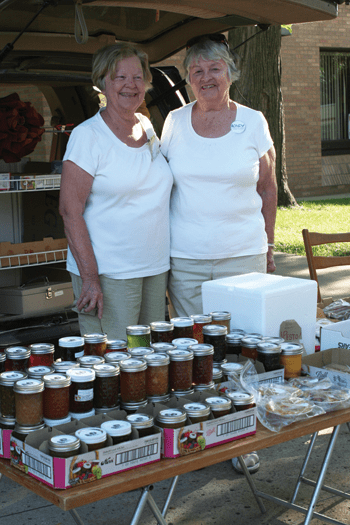 In retirement, two sisters were looking for a way to connect to their community. They discovered a way to make a difference in the world.

Bleak. That was the word that sprang to mind for twenty-six-year-old Virginnia Swenson when she arrived in Nome, Alaska. A young woman with a passion for travel, she had accompanied her uncle, Reuben Nelson, to that distant outpost to visit a new radio station pioneered by the Evangelical Covenant Church. Reuben was an early supporter of the mission, and Virginnia’s family knew several of the people involved in developing the station. KICY would soon begin broadcasting daily to the isolated native population in the western part of the forty-ninth state, a place of few roads and long winters. The year was 1959.

Fast forward fifty years. KICY continues to broadcast to western Alaska, and it is still very much a mission, supported by churches and individuals and staffed by full- and part-time volunteers. Every day its AM and FM stations deliver Christian music and programming to a widespread network of villages challenged by terrain and climate. KICY also broadcasts to parts of the Russian Far East, reaching that formerly closed country with the gospel. And Virginnia, now seventy-seven, is celebrating its anniversary—and the anniversary of her visit there—by making jam. Lots of jam.

Virginnia Swenson is one half of the Vista Sisters—the other half is her sister, Marjorie Gores, eighty-one. For several years the sisters have made and sold their Vista Sisters jam, as well as syrups and baked goods, at local farmers markets around their home in New Richland, Minnesota. The name “Vista” comes from the church where they were raised, Vista Evangelical Covenant Church in New Richland.

“People were calling us the ‘jam ladies,’” says Marjorie. “We came up with the name ‘Vista Sisters,’ and things really blossomed after that.”

The sisters sell eight-ounce jars of jam for $5, syrups for $7, and a sampler of four-ounce jars of jam for $20. Their jams come in thirty-two flavors, including banana nut and watermelon. This year they sold approximately 840 eight-ounce jars. Their work is unique, not only because of its quality, but because of the sisters’ focus on giving to missions—they donate all the proceeds from their sales to a different designated missions organization each year.

Marjorie and Virginnia started making jam soon after they both relocated to the family homestead in Minnesota. Marjorie, a widow who had taught secondary school in California, returned to care for their mother in 1981. Virginnia joined her in 1997 after a forty-year career as a flight attendant. They now live together in the farmhouse built by their parents in 1924.

“We were both retired,” says Marjorie. “Our mother had passed away, and we didn’t know people anymore. We needed a way to get to know the community, and we didn’t want to stagnate. So, rather than just twiddling our thumbs, we got this idea.”

The sisters had always given to missions. “[It’s] something we have always done,” says Marjorie. In 2008 they decided to focus their giving on just one recipient. Years before, the sisters had traveled to India and become familiar with the work of Bibles for the World, whose mission is to distribute Bibles in developing countries, primarily in India. When they heard that some of the areas they had visited were facing a devastating famine, they wanted to help.

“We didn’t even discuss it very much,” says Virginnia. “We just made that decision, and then our sales suddenly doubled. I think the Lord just really honored that.”

In 2009 they sent their proceeds to Mission Aviation Fellowship (MAF), an organization that uses aviation and technology to reach isolated populations with the gospel. Virginnia recalls that an MAF plane actually landed in Waseca, Minnesota, to pick up their donation—the pilot was on the way to an air show in Oshkosh, Wisconsin.

This year they designated KICY as their recipient to celebrate the station’s fiftieth anniversary. At the market, they wore hooded KICY sweatshirts or pins to publicize their mission. “It takes real dedication to devote their time and lives to living up there,” says Marjorie. “It’s a great joy to get their newsletters and read about people who have found comfort from their outreach. It just thrills me!”

The sisters put in long days from February through October, selling their products at several area farmers markets and a nearby resort, doing all the preparing, marketing, selling, and delivering themselves. Sometimes they work twelve hours straight. “It’s tiring,” says Virginnia with a chuckle. “We’re not as young as we used to be.”

“If we get really tired, we think about why we are doing it,” says Marjorie. “Then we get a burst of energy and take off again!”

During the winter they usually they take a break from making jam. They both love to travel, and this winter they plan to continue working on a line of greeting cards that Virginnia has developed.

The sisters grow much of their own fruit—grapes, boysenberries, rhubarb, and apples—and they accept donated fruit as well. They are always on the lookout for sales of sugar, flour, and other ingredients. They attribute their work ethic to their heritage. “We were brought up to not let anything go to waste,” says Marjorie, who says her mother was the one who first taught them how to make jam.

“We would love to have her with us,” says Virginnia. “She would get a real kick out of this.”

The sisters are vague on how much they actually donate every year. “Just say it’s several thousand dollars,” says Virginnia.

“We’re doing this for the Lord because we find great joy in it and because we’re mission-minded,” says Marjorie. “I can’t believe people buying stuff for themselves all the time, and not looking around and seeing the needs of people near and far. It gives us pleasure that we are being given the strength and the ability.”

Thanks to the Vista Sisters’ dedication, a new generation can watch and learn how to give purposefully, sacrificially, and joyfully.

Marianne Peters is a freelance writer living in Plymouth, Indiana.