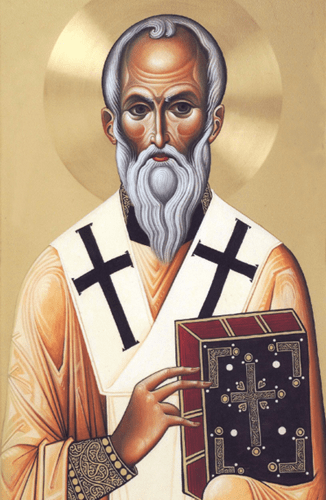 Often relegated to a minor role, Barnabas is arguably one of the most important figures in the early church.

How many people could be effective, influential, and successful if only someone would give them encouragement, make space for them, and enlist them in good work? Hardly anyone makes it without encouragement and help along the way. Surely the work of the church – the work of Christians – should be to encourage people. I teach New Testament at North Park Theological Seminary, but I know I would not have that privilege were it not for dozens of people throughout my life who encouraged me, made space for me, and gave me good work to do.

Most people might think Barnabas, who is mentioned mostly in the first half of the book of Acts, was a minor New Testament character, but that would be a mistake. In fact, I think he is one of the most important people in the church’s early history.

If Barnabas was anything, he was an encourager, so much an encourager that the apostles of the early church gave him the name Barnabas and interpreted the name as “son of encouragement.” The word translated “encouragement” is a broad word and can have the nuance of exhorting or comforting, but the idea is strengthening people in belief or action. Barnabas strengthened people to do what they should. Barnabas was not his given name; he was Joseph, a Jew, a Levite from Cyprus (Acts 4:36), so Barnabas was a nickname, a name of endearment. Bar is the Aramaic word for son, and “son of” for Jews meant “one characterized by,” so Barnabas was understood to mean “one characterized by encouragement.” That would be a good reputation to have! (Interestingly, the basis for understanding “nabas,” the second part of the name, as relating to encouragement is not clear, but this is the interpretation the apostles attached to Barnabas.)

Quite possibly Barnabas is the most important, but underappreciated, person in the history of the church, at least for the last fifteen hundred years. Were it not for Barnabas, there is a good chance we would never have heard of the Apostle Paul. If that seems like an unbelievable statement, pay close attention to what the book of Acts relates about Paul’s life.

Paul may well have been marginalized all his life, were it not for Barnabas. Barnabas was the person who encouraged Paul, made space for him, and enlisted him in good work. After Paul’s conversion and early work in Syria, Paul – still known as Saul at that time – went to Jerusalem and attempted to join the Christians there, but they all were afraid of the former persecutor and would not accept him. Barnabas is the one who intervened on Saul’s behalf. In Acts 9:26-27 we are told that Barnabas found Saul, led him to the apostles, and told them about Saul’s conversion and his preaching boldly in Damascus. As a consequence Saul was able to move freely and preach boldly in Jerusalem. This is what grace does; it creates room for people, just as God has created room for us in his own presence.

After this time in Jerusalem Saul went to Tarsus, the city where he was born and far from the centers of Christianity activity. There he may have slipped into oblivion had it not been for Barnabas. Some unnamed Christians preached the gospel to non-Jews in Antioch, and the Jerusalem church – unsure whether this was legitimate – sent Barnabas to check things out. (See Acts 11:20-26.)

Barnabas was sent because he was trusted. Acts 11:24 describes him as a good man filled with the Spirit and with faith. Barnabas demonstrated this because he was able to look at others – outsiders – and see the grace of God at work, rejoice with people, and encourage them. Also he was able to see a need and find a solution for it. Knowing that there was work to do in Antioch, one of the most important early churches in one of the most important cities in the ancient world, Barnabas went to Tarsus, found Saul, and brought him to Antioch where the two of them taught for the next year. The church in Antioch was the church that sent Barnabas and Saul on their first missionary journey.

Barnabas was also a man of compassion, one who cared for the poor. Most Christians know that the early church shared their possessions to alleviate poverty, but we only know the name of one person who actually did this – Barnabas. In Acts 4:37 we are told that Barnabas sold a field and gave the proceeds to the apostles for the poor. Further, when one of the many famines occurred, Christians in Antioch followed the example of Barnabas and sent money to Christians in Jerusalem. They chose Barnabas and Saul to take the money.

Clearly Barnabas was a person who could be trusted, one of the most trusted people in the early church. There is more evidence of this fact. When the church in Antioch decided to send missionaries, they chose Barnabas and Saul. When there was debate after the first missionary journey, the church in Antioch sent Paul – whose name had since been changed – and Barnabas to Jerusalem to discuss the issue with the church there. When a decision was reached, the Jerusalem leaders chose two other men to return with “our beloved Barnabas and Paul, men who have risked their lives for the sake of our Lord Jesus Christ” to convey the decision.

Barnabas was not a tagalong with Saul/Paul. In the narrative of Acts, up through 13:7, Barnabas is always listed first, not Saul. Barnabas is listed first among the named prophets and teachers in Antioch (13:1-2), and he is listed before Saul in the early part of the first missionary journey. In those early days it seems that Barnabas was the more important person. Saul’s name is changed to Paul after the preaching to Sergius Paulus, the Roman proconsul on Cyprus, and after this Paul is listed before Barnabas (see Acts 13:9 and 43), except for Acts 14:14; 15:12, 25. Barnabas may well have been the more impressive of the two, for in Lystra, after the healing of a lame man, the citizens think Barnabas is Zeus and Paul is Hermes, Zeus’s messenger (Acts 14:12).

The change of the name “Saul” to “Paul” is more important than people usually realize. “Saul” is a Jewish name, but “Paul” is a Roman name. It is no accident that the change of the name in Acts comes just after the preaching to Sergius Paulus, a Gentile. While Paul and Barnabas still start first in synagogues in cities where they went, increasingly their ministry was among Gentiles. The change of the name to Paul seems to be directly related to the change of the mission to focus on Gentiles. Just after the preaching to Sergius Paulus is also the time that John Mark abandoned Paul and Barnabas and returned to Jerusalem (Acts 13:13). John Mark was Barnabas’s cousin and had come along as an assistant (13:5; cf. 12:12, 25; and Colossians 4:10). We are not told specifically, but John Mark’s leaving may also be a result of their preaching directly to the Gentiles.

John Mark was, of course, the reason for a huge dispute between Paul and Barnabas, a dispute that led to their separation (Acts 15:35-39). Barnabas, true to his character, had wanted to reinstate John Mark, just as he had earlier reinstated Paul, but Paul would have nothing of it. They went their separate ways with John Mark and Barnabas going to Cyprus and Paul choosing Silas to accompany him on his missionary travels. After this Barnabas drops from the story in Acts, and all the attention is on what happens with Paul.

What if we knew the rest of the story? We do know that later Mark, Barnabas’s cousin, is with Paul and sends greetings via Paul’s letters (Colossians 4:10 Philemon 24), that Paul urges Mark to be welcomed (Colossians 4:10), and that Paul asks for Mark to be summoned to him as someone helpful to him and his ministry (2 Timothy 4:11). Is this an acknowledgment in the end that Paul was wrong and should have listened to Barnabas? If that is too strong a conclusion, at least we know that Barnabas had good reason not to abandon someone others felt had made a big mistake.

There are a few places outside Acts where Barnabas appears. In 1 Corinthians 9:6 Paul asks if he and Barnabas are the only Christian workers not freed up so that they do not have to work for a living. Why does Paul mention Barnabas? We have no evidence Barnabas ever went to Corinth, and Paul did not go there until the second journey after the separation from Barnabas. Clearly the Corinthian church had heard about the importance of Barnabas in the early history of the church. In Galatians 2:1 and 9 Paul mentions that Barnabas went with him to Jerusalem and that the apostles considered them partners because of their ministry to Gentiles.

No one is perfect though, as all of us know too well. The one failure we know of Barnabas really does not focus on him except in passing. The primary focus is on Peter. He, Barnabas, and other Jews had been eating with Gentiles in the church at Antioch, but when representatives of the Jewish Christians in Jerusalem came to Antioch, Peter and the other Jews separated themselves from eating with Gentiles so that even Barnabas was led into hypocrisy (Galatians 2:11-14). No one is immune from inappropriate influences.

I mentioned earlier that Barnabas has been underappreciated at least for the past fifteen hundred years, but in the early centuries of the church’s history people knew Barnabas was a major Christian figure and appreciated him highly. Some individual or group thought enough of Barnabas to name an important summary of Christian teaching “the Epistle of Barnabas.” This work, which dates from the late first or early second century, is one of the writings known as The Apostolic Fathers. It was quite influential in the life of the early church and was even included in some manuscripts of the New Testament. Rarely does anyone suggest it was actually written by Barnabas or was viewed as canonical, but this naming is an indication of how respected Barnabas was. Later around the fifth century a document called Acts of Barnabas appeared as well. Some even suggested that Barnabas was the author of Hebrews, but this too is unlikely.

If Paul told the Corinthians to imitate him as he imitated Christ (1 Corinthians 11:1), clearly Barnabas was equally such a model that Christians should imitate. Christians today would do well to imitate Barnabas. He cared in tangible ways for the poor, he had an eye for the marginalized and under-used. He created room for people, encouraged them, and found places for them to work for God, but he was not on the sidelines watching people work. He invested his life in work for God, endured persecution, and entered into debate about crucial decisions in the life of the church. As important as anything, he was a person who could be trusted – with money, with the gospel, with work, and with people’s lives. We could use people like Barnabas.

Klyne Snodgrass is the Paul W. Brandel Professor of New Testament Studies at North Park Theological Seminary in Chicago. This article is tenth in the “Witnesses of the Word” series, a year-long look at biblical characters.