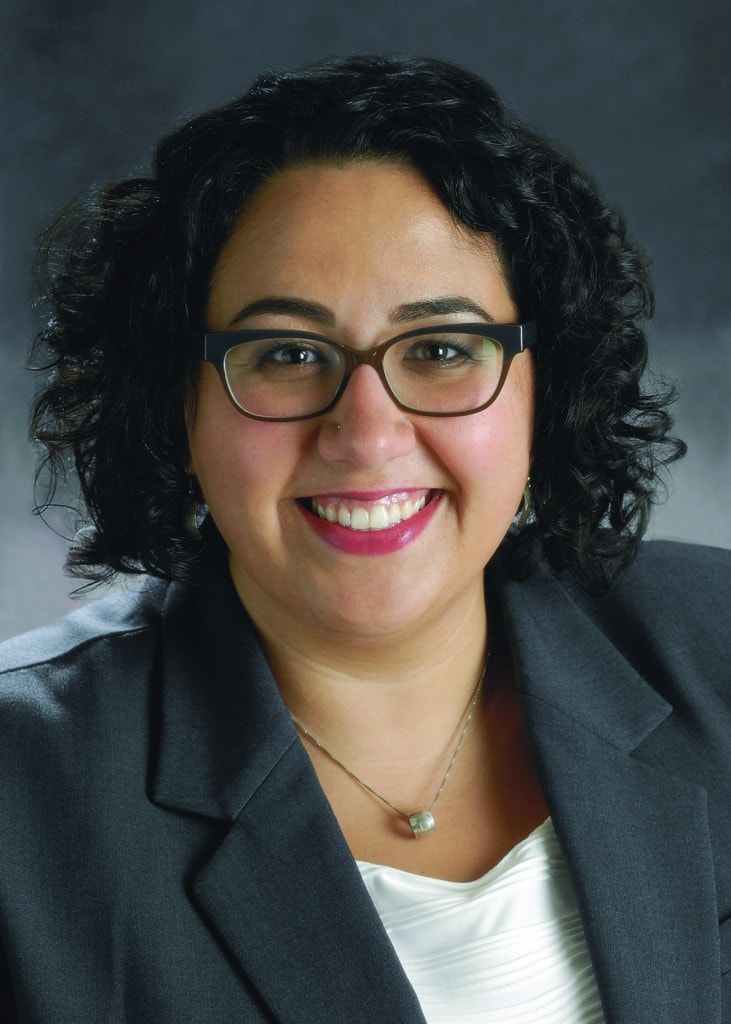 COLUMBUS, OH (January 28, 2015) – Geila Rajaee is a Covenant chaplain who serves as the manager for spiritual care at Mount Carmel Health. This post originally appeared on the blog Theoloqui.

While attending college at a small, private Christian university, I remember so vividly one particular chapel service where the speaker (who was a pastor) said, “In the life of the faithful, there is no room for doubt.” He went on to elaborate that those who experienced doubt “did not have faith” – at least not in it’s truest sense. (Now, to be fair, whether those words were spoken that plainly or not is unclear because time has a funny way of meddling with memories.) But even after nearly fifteen years that particular message is still stuck with me and the take away was crystal clear: if you want to be a person of real faith you better banish doubt NOW.

One small problem: I am a chronic doubter.

This might seem like funny message for an ordained minister to admit to but it is an honest and intimate part of me. I spent years painfully trying to banish any feelings of uncertainty or doubt that I had about faith, God, the church and found myself feeling even more uncertain than I had before. Every time I tried to cast out those feelings it was as if they came back stronger by at least seven-fold!

It wasn’t until I was in Seminary that I was able to explore my questions about God, the church and my own faith without feeling that pesky fear that goaded my perfectionist nature into fitting into the mould of a ‘divinely inspired’ spiritual creature. I wrestled and fought with the questions that plagued me and struggled to banish any lingering possibility of doubt. I keenly remember the few months my small group asking the question every week, “where we had seen God present in the world.” For weeks I sat aching and confounded. I wondered if God existed and if I had made the right choice entering into seminary given these tendrils of doubt that lurked around my heart and mind.

Needless to say, no perfect answer came and no crystal clear beliefs ever really stuck. Except these small bites of scripture that provided new opportunities for understanding:

“And then Moses went into the thick darkness where God was.” (Exodus 20:21)

“The LORD appeared to him from afar, saying,

’I have loved you with an everlasting love; Therefore I have drawn you with lovingkindness.’” (Jeremiah 31:3).

In each of these verses I learned something new about God – and faith – that I had not really considered before. First, the sheer idea that God would exist in the dark spaces of the world where there was possibly pain, uncertainty and doubt was one that brought me great comfort. Despite a plethora of Sunday school messages that preached that God brought light to the world and banished darkness, I still sensed a brokenness in the world that confounded me. (Not to mention the meta-narrative hidden in such messages.) In reading Exodus that small detail (God dwelling in darkness) changed everything for me.

And then there was Jeremiah. (One of my favorite of biblical texts.) Jeremiah might be my favorite prophet due to his, ahem, less than perfect attitude. But time and time again Jeremiah (and through Jeremiah, the people of Israel) were assured of God’s everlasting love and compassion – a theme repeated over and over again throughout scripture.   They were not perfect but they were loved and accepted. Did they screw up? Absolutely. Did they question and doubt? Oh yes. Did God love them anyway? Without question – Yes.

It was only when allowed myself to accept that being a ‘doubter’ is just a part of my being that in time my concern about it faded. I think of the following poem by Jelaluddin Rumi (translated by Coleman Barks) that describes it well:

This being human is a guest house. Every

A joy, a depression, a meanness, some

momentary awareness comes as an unexpected

Welcome and entertain them all! Even if they

Are a crowd of sorrows, who violently sweep

Your house empty of its furniture, still, treat

Each guest honorably. He may be clearing you

Out for some new delight.

The dark thought, the shame, the malice. Meet

Them at the door laughing and invite them in.

Be grateful for whatever comes because each

Has been sent as guide from beyond.

This doubt that lives inside me – the drive to question whether my beliefs are true-enough, right-enough, and valid-enough – is an intimate part of my being that I would not change. And I would wager that if you, like me, have struggled with doubt that maybe – just maybe – you should consider inviting those thoughts and feelings in and make space for them.

Doubt isn’t the enemy of faith but pretending that faith only looks one way might be.

Perhaps you will find like I did that your doubt doesn’t make you less faithful of a person; it may just teach you what another type honest faith looks like.