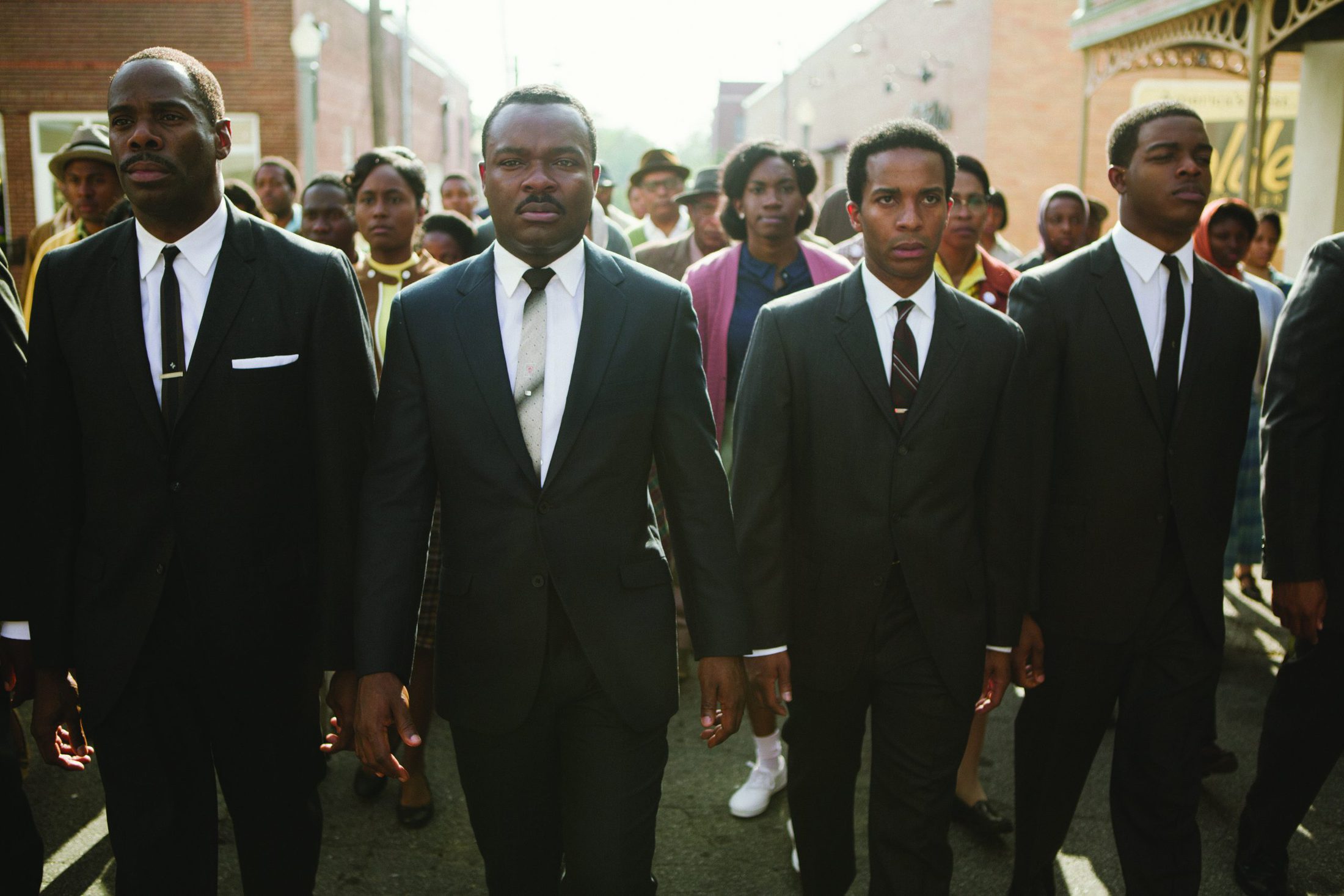 “People who innovated, created, and who love despite pressures and tortures unimaginable. They are in our bloodstream, pumping our hearts every second. They’ve prepared you. You are already prepared.”

Amelia Boynton Robinson speaks these words over Coretta Scott King in Ava DuVernay’s film Selma. They’ve become the words I repeat to myself whenever I need strength to get through my unbelief. God isn’t mentioned, but God’s work is still evident. Let me explain.

On February 19, I left Chicago to co-lead my twenty-third Sankofa, a reconciliation experience at North Park University that focuses on race and other identities. The first day’s activities included viewing Twelve Years a Slave and visiting the National Underground Railroad Freedom Center and Museum in Ohio. After dinner, we took all fifty-something participants to see Selma.

Early in the film, a group of black children, including Addie Mae, Cynthia, Denise, and Carole, are chatting as they head to the lower level of their church to get ready for Sunday school. One of the girls muses about Mrs. King’s hair, trying her best to convince the others that she knows exactly how she gets it to look the way it does. The resemblance between her and my oldest niece, Ciara, is uncanny—from their ages right down to the way she speaks and wears her own hair.

A bomb explodes and in between the flames, brick, and ashes I can make out a little girl’s charred dress shoes. I swallow hard and am almost choking before I remember to exhale. There is well over an hour left of the film, and I tell myself that as one of the group leaders I have got to keep it together.

“I need to hear the Lord’s voice,” Martin Luther King Jr. tells his friend Mahalia Jackson over the phone one night. She doesn’t object or mention that it’s the middle of the night because they both understand what he means. She clears her throat and begins to sing. To be weary of a fight that you did not choose but that you can’t afford to lose—as an African American I know the feeling. Since I left home, my mother has had to sing courage back into my bones over the phone a dozen times or more. Sometimes the only thing that stands between continuing to fight and giving it all up is a black woman’s song in those midnight hours. In those moments, she was the closest thing to God’s voice I had.

During the scene where King leads a march to the courthouse my breath catches in my throat again. As the protesters kneel with their hands up before a line of armed police, I remember what I’m wearing. It’s the hoodie I got from one of the #Ferguson and #BlackLivesMatter protesters—people who’ve endured violent hostility for protesting police brutality and state violence for more than six months now. My mind wanders to the unending parade of hashtag memorials and the slurs and threats that follow from those who would prefer that we remain silent. I can’t help but wonder what part of God’s plan is at work when the only difference between then and now is the year.

After the police kill unarmed Jimmie Lee Jackson in front of his mother and grandfather, I see many faces. I see Michael, Renisha, Jordan, Aiyana, Trayvon, Tamir, and Emmett. The list goes on and I wonder why some people crying for Jimmie Lee didn’t weep for the others.

The horrible images of elderly men and women being clubbed, protesters dodging whips and batons, and screams choked out by clouds of tear gas in the Bloody Sunday scene have become all too familiar. And when my friends and I were apparently celebrating Barrack Obama’s presidential victory too openly, police raised the same clubs against us. I’ve been pressed back toward a wall by an officer’s SUV so he could “verify my age.”

I hoped my students and colleagues realized that what we were watching on the screen was still happening in hundreds of cities around the globe. There had been at least one new body every twenty-eight hours. Did they realize that Selma is now?

I decided to take a quick break and headed toward the lobby. There were no employees in the lobby, however, so I decided to go back into the theater. I didn’t want anyone mistaking this black guy, with his hoodie and sagging pants, for a troublemaker. I tried to think of who could speak for me if I became the next hashtag. “Relax,” I lied to myself, “It’s just a movie.”

Sankofa is a journey where participants are asked to look back in order to learn how we might move forward together. The rest of the trip included visits to a plantation where my father’s family lived in South Carolina, the King Center and Ebenezer Baptist Church in Georgia, the church where the children perished in Birmingham, a former plantation and safe house for runaway slaves in Tennessee, and a day in Ferguson, Missouri. Every testimony, every site, every tear, and every discussion made one thing painfully clear. Selma will never be “just a movie.” Selma isn’t even a was. It is a drop in a constant current of struggle where the question of whether black lives matter as much as others, for some, is still up for debate. While I remain sure they matter to God, my community is still awash with bloody Sundays. In my midnight hours, I wonder if black lives will ever really matter to anyone but black folks and God.

Despite our history of anti-black violence, as well as old and new forms of Jim Crow, I am prepared to hope. How? I recognize a measure of faith and strength in all who fight, pray, sing, and protest against the troubles of the world. Such people have assured themselves that the same God who cracked open Pharaoh’s empire to free the oppressed, and showed up in the hush harbors and steal-away services to encourage them through slavery is still around. Their faith has allowed them to declare, as does one of the film’s songs, that they’ve got the new world in their view. They hold fast to this vision even though the current of blood that runs from the hulls of slave ships to the basements of bombed churches, over bridges full of protesters, and gathers in pools in every black neighborhood has not slowed much—if at all.

Yes. Selma still is—but so is the faith and resilience of a people who remain determined to set things right. They choose hope even as the bombs and tear gas fall around them. That’s why I believe I can do it too. In those midnight hours when I need to hear the voice of the Lord, they speak in one way or another. A song by the Impressions in the film puts it this way: “I got the strength and it don’t make sense not to keep on pushing….A great, big wall stands there ahead of me, but I’ve got my pride and I’ll move the wall aside and keep on pushing. Hey, hallelujah! Hallelujah!”

As Mrs. Boynton says, they’ve prepared me. They are why I can still choose faith. They taught me how to find it and keep it close in a world that attempts to rip it from me almost daily. They are the radical roots of my faith.