Role of Pietist Universities: To Form ‘Whole and Holy Persons’ 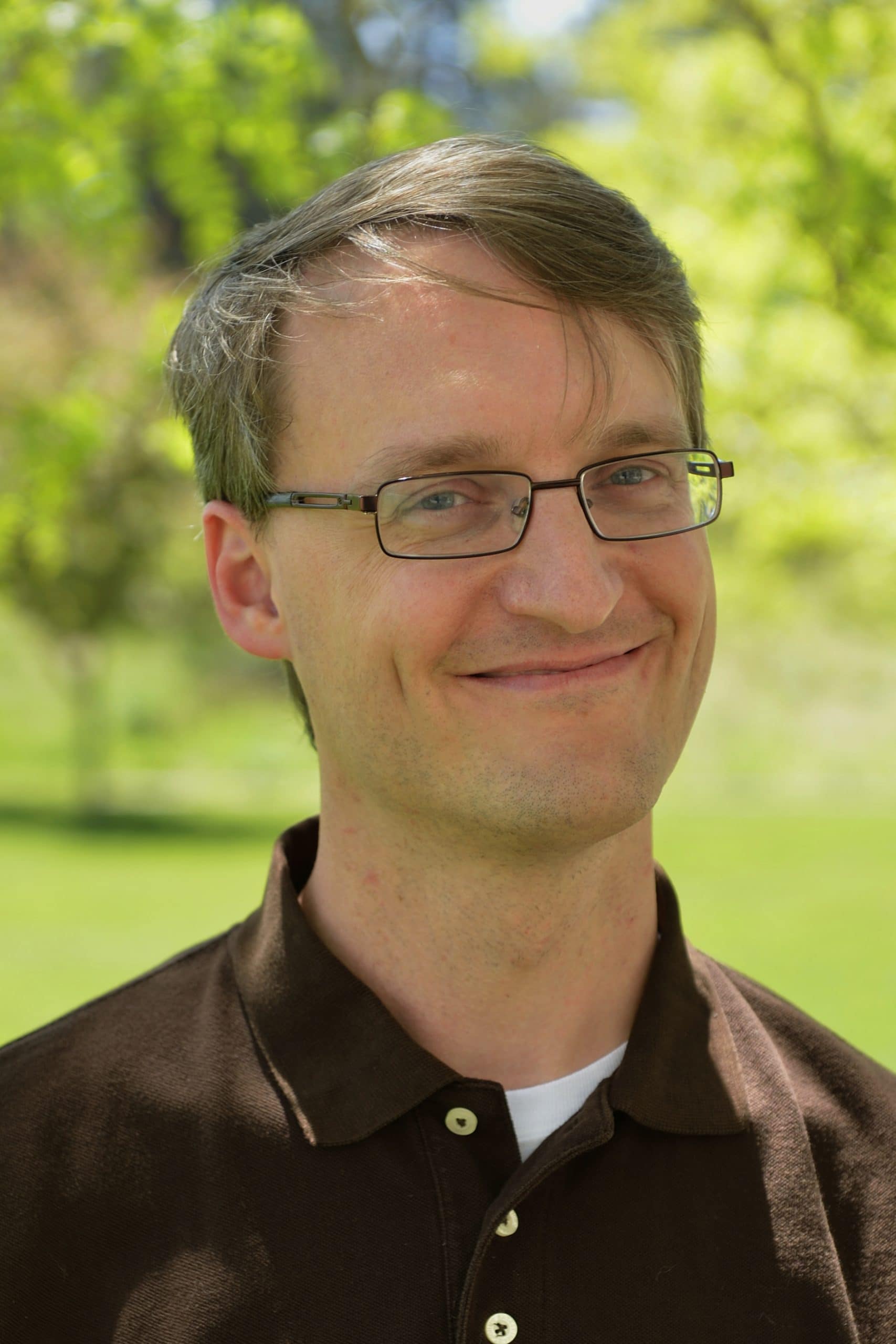 ST. PAUL, MN (September 2, 2015) — The Pietist Vision of Christian Higher Education might sound like a pretty heady title for a book. In fact, the volume of essays edited by Covenanter Chris Gehrz is the culmination of an eight-year journey to get at the heart of why and how he teaches, as well as the role of higher education in relation to the church and world.

Gehrz, who chairs the history department at Bethel University in St. Paul, Minnesota, hopes the book will help local churches with a Pietist heritage to better live out of their tradition. Other contributors to the book include Bethel faculty and other scholars.

Gehrz grew up attending a Covenant church before going off to study in the South and East. “The churches there had a kind of hard edge to them, with a level of certainty, a level of defensiveness. As soon as I got back to the Midwest, I fled back into the Covenant and discovered this rich Pietist tradition,” he said. He currently attends Salem Covenant Church in New Brighton, Minnesota, and publishes the blog Pietist Schoolman.

How would you describe the essence of Pietism?

There was a movement of Pietism in the 17th and 18th centuries in Germany, but I’m more interested in Pietism as an ethos or spirit with impulses that flare up in different places and times like Sweden in the 1800s with the first Mission Friends, who were the first Covenanters. I think it appears in 20th and 21st century America as well. But it was a reaction against religion that was almost entirely about what you think or believe.

There’s got to be more to Christianity than beliefs. Reformed doctrine focuses on the head and right belief. While it’s good to have doctrines and creeds, there has to be more. For Pietists, Christianity touches the heart as much as the head. It’s why we’re drawn to New Testament language like “new life” or “new birth.” It’s the idea that there is something that fundamentally shifts who we are.

Pietists tend to have a humble optimism that God is at work in the individual, the church, and the world.

Pietism also has a greater emphasis on the importance of community. Pietists would tend to think that we’re better together than we are apart. That doesn’t mean there isn’t conflict or disagreements, but it is our default setting. Maybe one of the problems with head Christianity is you tend to get focused on details that divide when we should be focused on the work of the church.

How does a university live out those impulses of Pietism?

Being a Christian university doesn’t just mean it was founded by a church or that there is a faith statement that faculty and students have to sign. There is a belief that God is at work. We all share that common love.

You might think that higher education is about informational formation or accumulating knowledge or learning certain types of skills. A Pietist college will say it’s not just about the head, but it’s also about the heart and the hand. The whole person is being educated. Even when you’re studying heady things like mathematics or science or philosophy, your heart is being changed, you’re getting a sense of calling to the world or being equipped to follow that calling. That goes hand in hand with intellectual formation, but the head isn’t higher than the heart.

What do you see as the role of the Christian college or university in the life of the church?

Pietism was a church renewal movement. So maybe the college has a role in renewing the church. It’s not the church. It’s related to the church, but it gives freedom to ask hard questions and to ask them afresh within the Christ centered-community and do that for the good of the church.

The purpose of the Christian college is not to indoctrinate people. What you’ve got to do is to bear witness to each other, to share stories with each other, to prepare the next generation to go out and be the church in a new context. My calling is to ask tough questions of my students—not to kill their faith but to make it their own. To think about where it comes from so they can live with the doubts that are inevitable.

If we’re taking it seriously, what this can do for us is to ask the question and not say, “This is an obvious answer,” or accepted wisdom or settled question or doctrine that’s set in stone. Maybe God is speaking to us through the word. The way we do this is with rigor, with humility, to consider the context, the best scholarship. I think the most important thing is that we’re doing it together. We live out “where is it written?” in the way Pietists meant the question to be asked. It’s never been meant as a challenge. Instead it’s always been meant as an invitation to a conversation. We don’t do this just at the college level. We do this in the church and in small groups.

How does a Christian college serve the world?

I tend to borrow from Dale Brown, who was a Brethren scholar. He said Pietists are servants of the culture. We’re not trying to control the culture, we’re not trying to withdraw from it. We don’t want to be absorbed into it or buy into it—we’re supposed to be serving it.

I think this can sometimes be a struggle for a college because churches are nervous about the modern culture outside their doors. And I really think colleges are called to mediate those sorts of conflicts.

If you’re in a Christian college, you’re really treading this sort of borderland. We talk about how do we reconcile faith and reason, or religion and science, church and state. Increasingly we’re talking about our relationship to business and the marketplace.

I think what we’re trying to do is to equip students to go out and be salt and light wherever they are.

As education trends more toward online learning, how does that affect schools living out of a Pietist tradition, with its emphasis on learning in community?

It’s hard. My sense for myself and others I’ve talked to is that it’s great as long as there’s a sense of real community there, but a lot of us are pretty nervous about detaching what we do from embodied relationships. If we can be convinced that we can do community well online, then maybe. Perhaps my imagination is too limited, but it seems there has to be some embodied relationship.

Why I Am Still a Pietist

What’s Pietism Got to Do with It? Everything Say Filmmakers