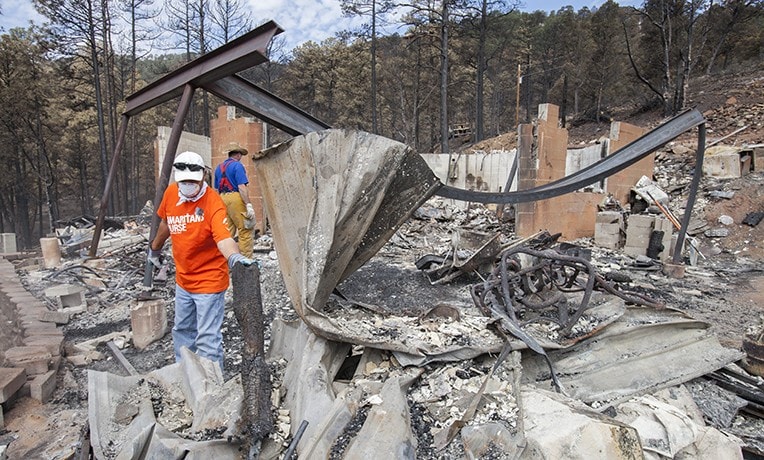 SAN ANDREAS, CA (September 17, 2015) – At least seven families who attend San Andreas Community Covenant Church have lost their homes to the Butte Fire and the reported number still could go higher as people are allowed to return, congregation members said.

The fire started Wednesday, September 9, and has consumed 70,760 acres and destroyed hundreds of homes.

“Many of the people who lost their homes were never under any order because the fire came so fast that there wasn’t time to issue one,” said church member Jack Petros.

Donna Stokes said she was outside on Thursday, September 10, when she looked up and saw the fire coming over the hills. “I made it out with the clothes on my back and two animals,” she said. The fire reached her home 10 minutes later.

Firefighters told her on Friday that there was nothing left of her house.

Different parts of the town had gone through various evacuation orders. Residents in the northeast section were ordered to leave and then allowed back. Many of those who returned home were awakened at 2 a.m. by Cal Fire or Sheriff’s Department officers telling them they had to leave again, said church member Jack Petros.

Samaritan’s Purse arrived today to use the church as a staging ground for volunteers who help local residents with debris cleanup and other needs. The organization plans to stay at least three weeks.

“They will be such a help to our community,” Petros said.

The church plans on holding its church service on Sunday, Stokes said.