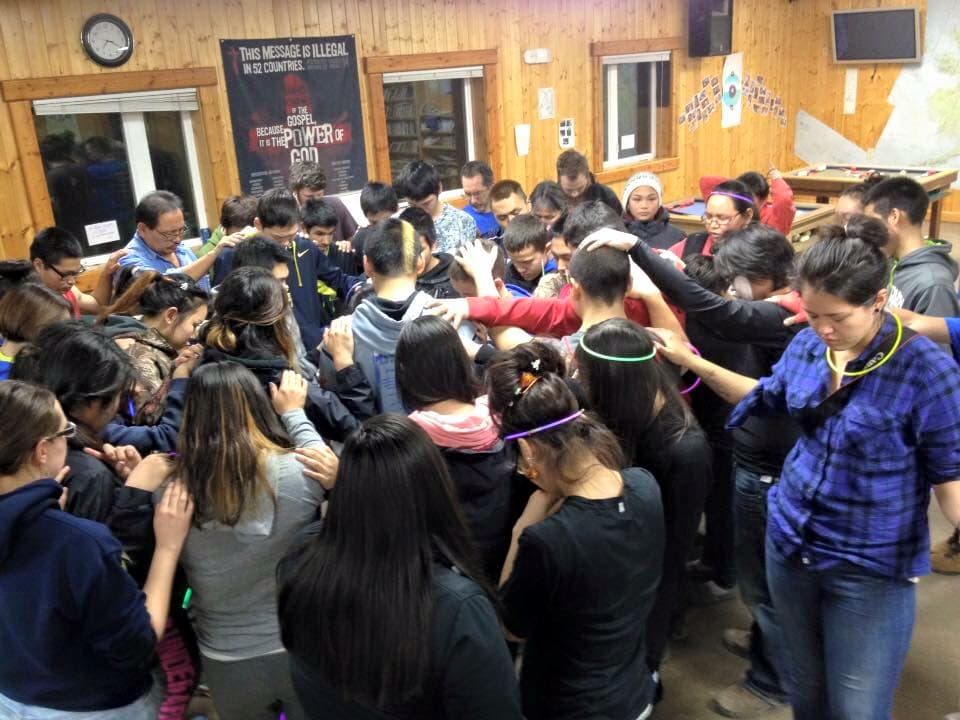 HOOPER BAY, ALASKA (November 6, 2015) — Hooper Bay is a remote village of just 1,200 people. Over a two-week period in late September and early October, four young adults—three men and one woman—killed themselves.

That led the Covenant Youth of Alaska (CYAK) ministry to postpone its plans to hold a youth leaders retreat in Bethel and instead send an intergenerational team from several villages and Anchorage to mourn with but also to encourage the Hooper Bay residents. The team included pastors, lay ministers, youth leaders, young adults, and several teenagers.

The Covenant Church there has been without a full-time pastor for more than two years, but the organization Send International currently has a missionary resident in the village who helped the team minister to the community over the weekend.

“Four of our team, including one young woman from Hooper Bay whose brother took his life, spent time visiting with, listening to, and praying for the families as they still feel the acute sense of loss,” Johnson said. “Even though a month has passed, they are still in need of people to help them carry this load of deep pain, but so many are hurting there in the village. It was very well received to have our group there to help carry the load.

“The sister of one of the young men came with us to the families, and God used her openness and relationships with the others to open the doors to some deep ministry.”

Other Alaska Covenant Church pastors made additional home visits within the community. The remaining team members participated in community outreach activities in which they played games with kids, shared testimonies, and spent time with anyone who needed to talk.

On Saturday night, Halloween, the team hosted a two-hour carnival in the teen center that is attached to the Covenant Church. CYAK director Byron Bruckner performed his juggling act that included balls, fruit, and knives, which opened the door to conversations with teens afterwards.

The team also did service projects around the church and led several mini-sessions on leadership development and ministry equipping. On Sunday morning, the team shared in word, song, and testimony before taking Communion with the believers there, and then returned to their respective villages. The team included people from the Anchorage area, Mountain Village, Scammon Bay, Unalakleet, Mekoryuk, and Hooper Bay.

The conference funded $3,000 of the $6,000 unexpected trip, and the Unalakleet Covenant Church and CYAK covered the rest of the cost.