She Is Quite the Recruiter Even with Jaw Wired Shut 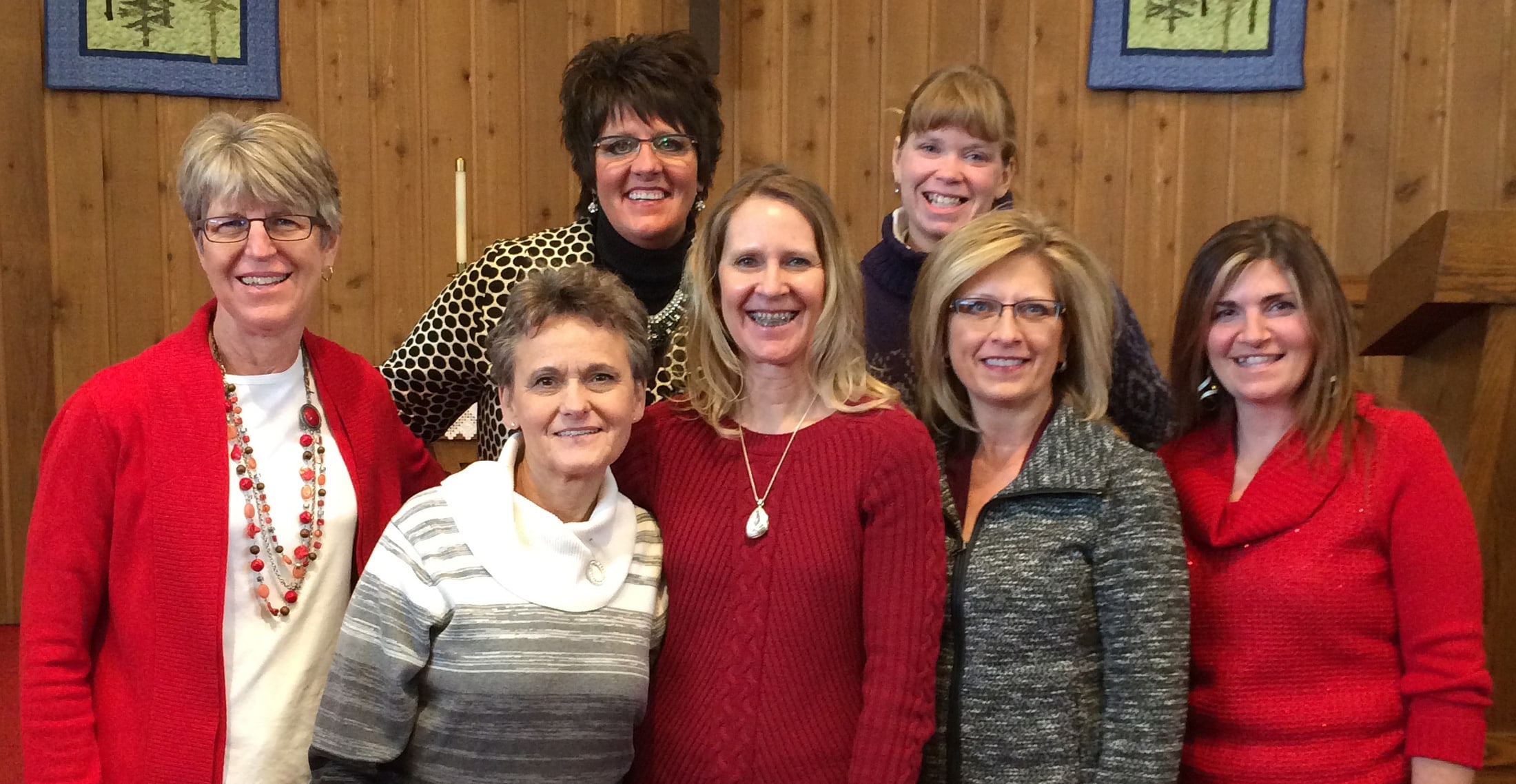 TRIMONT, MN (February 18, 2016) — Even with her mouth banded shut, Liza Melson has talked eight other congregants at Trimont Covenant Church to attend the ECC Women Ministries Triennial event with her later this year.

Melson, who has long struggled with TMJ (temporomandibular joint dysfunction), had surgery last November that involved cutting and moving her top and bottom jaws and having metal plates inserted. For weeks she was on a liquid diet due to the strong rubber bands attached to braces that kept her from opening her jaw.

Despite the pain and difficulty, Melson was determined to spread the word about the retreat, which is focusing on the theme Quench, July 28-31 in Kansas City, Missouri. Melson attended Triennial for the first time in 2013 at the invitation of a friend. After that, she was hooked and wanted others to experience the joy of attending the gathering.

Her campaign began around Christmas with a series of articles in the Trimont Covenant Church newsletter on the speakers and workshops being offered. Then on the first Sunday in January, she showed the Quench video during the worship service and shared about her experience in San Diego.

“Although my teeth were banded together I was able to “talk” through my clenched teeth, and most people said they could understand me pretty well!” she says

“Triennial was a fabulous retreat to worship with women from around the nation and beyond,” Melson says. “I left the time in San Diego refreshed in my faith and walk with Jesus.”

Melson arranged for her church to pay the registration fees their youth leader and worship leaders. Two others she recruited agreed to room with the staff members and pay the hotel costs, so the leaders will be able to essentially go for free. The group plans to make the six-hour trip together in the church’s new van.

“I think women coming together at Triennial moves us beyond our own churches and shows us the larger picture of the Covenant and Women Ministries,” Melson says. “Only one woman in our group grew up Covenant, so I think that is very important.

She adds, “Women are busy and overloaded—Quench will be a wonderful time to drink deeply and rest together.”

To learn more about Quench and to register, visit the event website.