Day of Mourning and Prayer for South Sudan 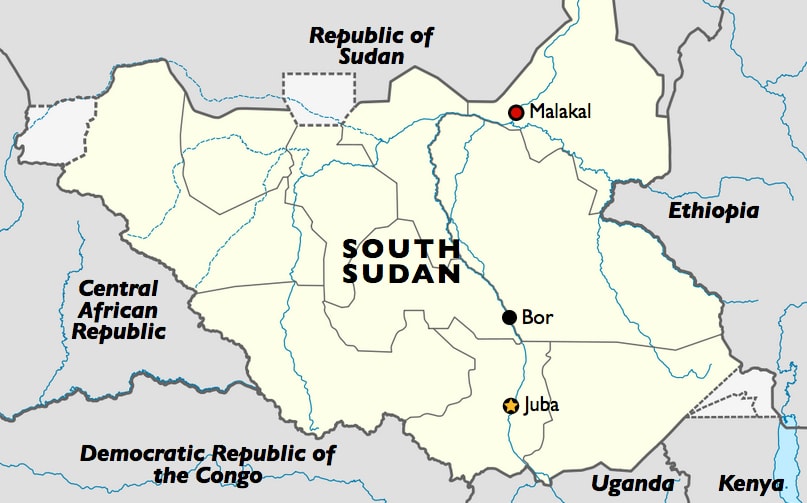 CHICAGO, IL (February 29, 2016) — Covenant congregations and associated ministries are encouraged to join Covenant Offices and North Park University in a day of mourning and prayer on Wednesday, March 2, for South Sudan and the Evangelical Covenant Church of South Sudan, which lost five members in a recent attack on the Malakal Protection of Civilians camp. Staff will be praying at times set aside throughout the day. Congregations are also invited to consider setting aside a time for prayer in Sunday worship services.

The ECCSS also will be praying with the ECC on Wednesday. Please see a letter emailed by ESSCC president Abraham Tuach Kiir.

Government forces and other people abetted by the military attacked the camp outside Malakal on February 18. Roughly 26,000 people were forced to flee what was supposed to be a safe place when their living areas were burned to the ground.

Other deadly attacks have also occurred near Gambella.

The war started in December 2013 after president Salva Kiir fired vice president Riek Machar. Forces loyal to each have killed more than 10,000 people and displaced at least one million from their homes.

“The plight of the South Sudanese people at this time is unimaginable for most of us,” said Al Tizon, executive minister of Serve Globally. “Thirty-two

Covenanters have been killed since the latest upsurge of what seems to be perpetual civil war. If there is ever a time to fast and pray for another part of the global body of Christ, it is now.”

ECC leaders praise the determination of the Sudanese church to follow Jesus and work for peace. “It was humbling for me to be able to visit the leaders of the ECCSS one year ago and see how in the midst of their own difficult situation, they are committed to serving those who have suffered even more,” said Dave Husby, director of Covenant World Relief.

He added, “My hope and prayer is that we in the ECC will continue to stand with our brothers and sisters in the ECCSS now during this difficult time of war, and in the future when peace finally comes and the church leaders and refugees can return to South Sudan to rebuild the infrastructure which has been destroyed in the war.”

To give to ECC efforts to help the ECCSS, click here.