Is Your Church Ready to Face a Disaster? 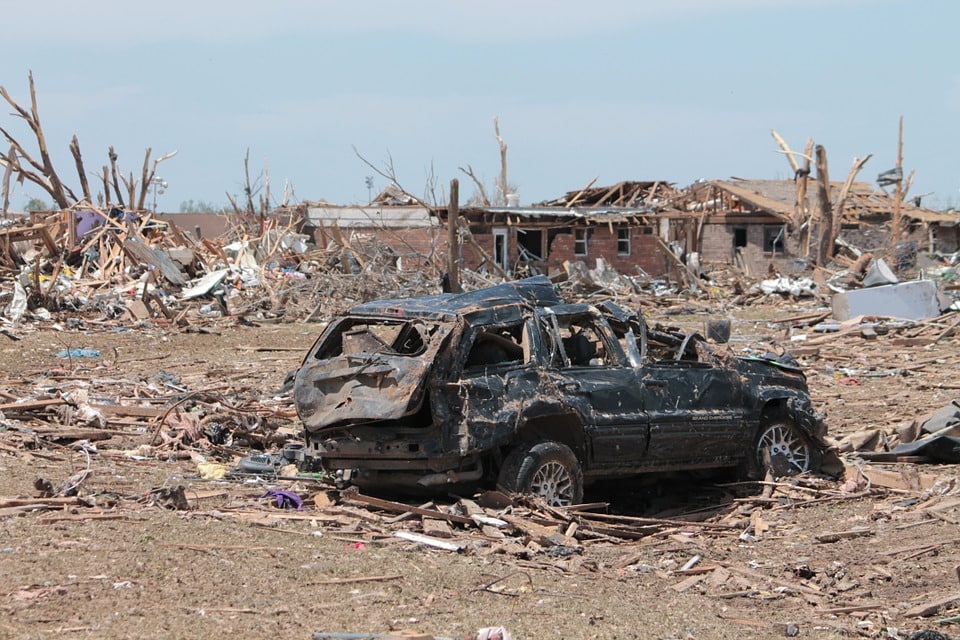 CHICAGO, IL (April 21, 2016) — At some point every church faces disaster—the only question is whether they will be ready for it, says Sharon Davis, who heads the disaster-preparedness committee at Oakdale Covenant Church. “People always think it’s going to happen to someone else.”

In recent years several Covenant congregations have experienced fires, heavy wind damage, and even a deadly mudslide. Others have faced flooding and tornadoes in their communities. But many also have had to deal with smaller disasters.

Davis, who has also served as a Covenant missionary in Cameroon, notes that the Humanitarian Disaster Institute (HDI) at Wheaton College defines disaster as “an event or series of events which represents a critical threat to the health, safety, security, or well-being of a community.”

The institute sponsors an annual conference that brings together churches and multiple agencies to develop plans for assisting their communities. This year’s conference in June is being partially underwritten by the Evangelical Covenant Church Love Mercy Do Justice mission priority and Covenant World Relief.

Michael Carrion, pastor of Promised Land Covenant Church in the Bronx, New York, will be one of the speakers at the conference. He and several other Covenant pastors led a major effort to assist people in New York City after Hurricane Sandy. They helped coordinate services with the Federal Emergency Management Agency, the National Latino Evangelical Coalition, and churches from 30 different denominations.

In 2013, Covenant congregations in Oklahoma City helped lead recovery efforts when one of the deadliest tornadoes on record there ripped through the city. One of the most recent disaster responses by Covenanters has included the Great Lakes Conference working with LMDJ and other partners in Flint, Michigan, to provide water, medical testing, and other services for residents suffering from the water crisis there.

Davis says Oakdale has begun to make arrangements with local entities, including schools, for holding worship services off-site should a disaster prevent the congregation from meeting on a Sunday morning. Several Covenant congregations in recent years have had to change service locations due to fires or other disasters.

After attending a previous HDI conference, Davis started the disaster-preparedness committee at Oakdale. They have been implementing procedures as they study needs. Eventually they hope to put a complete policy manual together.

The church had completed a policy for dealing with active shooters on the Sunday prior to the mass shooting in Charleston, South Carolina, in which a gunman killed nine people and injured another at a church prayer meeting. That policy led the church to make sure that some ushers as well as security team members sit in designated areas throughout the sanctuary, including near the front and rear exits, in order to quickly respond to any incident.

The church’s school trains children on how to escape a fire at their homes. The children bring a floor plan of their home to class, and routes of escape are outlined for each residence. The students bring the plans home to their parents and then educate them.

Even though the church is already active in its community, Davis was stunned when she heard how numerous fires are in her low-income neighborhood, many of them fatal. Carbon monoxide poisoning also had claimed lives. “I had no idea, and they were happening all around us,” she said.

Residents in the community often wind up renting apartments with serious code violations that landlords don’t fix, and the city doesn’t have the resources to address, Davis said.

Davis expands on the definition of disaster as any unexpected event that creates a need. For example, she said, there have been two instances in which attendees with dementia left the service to go to the bathroom and then wandered off into the city. One was missing for several days.

The Oakdale committee has been working with employees and leaders of different agencies, including the Red Cross, Cook County Department of Public Health, National Alliance on Mental Illness, and emergency responders. Those meetings have proved invaluable in addressing issues such as assisting people with mental illness if something happens at church events.

Working with others is critical, Davis said. They’re the ones with the expertise, and the relationships will ensure that everyone can better work together to serve their communities.