Congregation ‘Visibly Shaken’ by Massacre in Their City 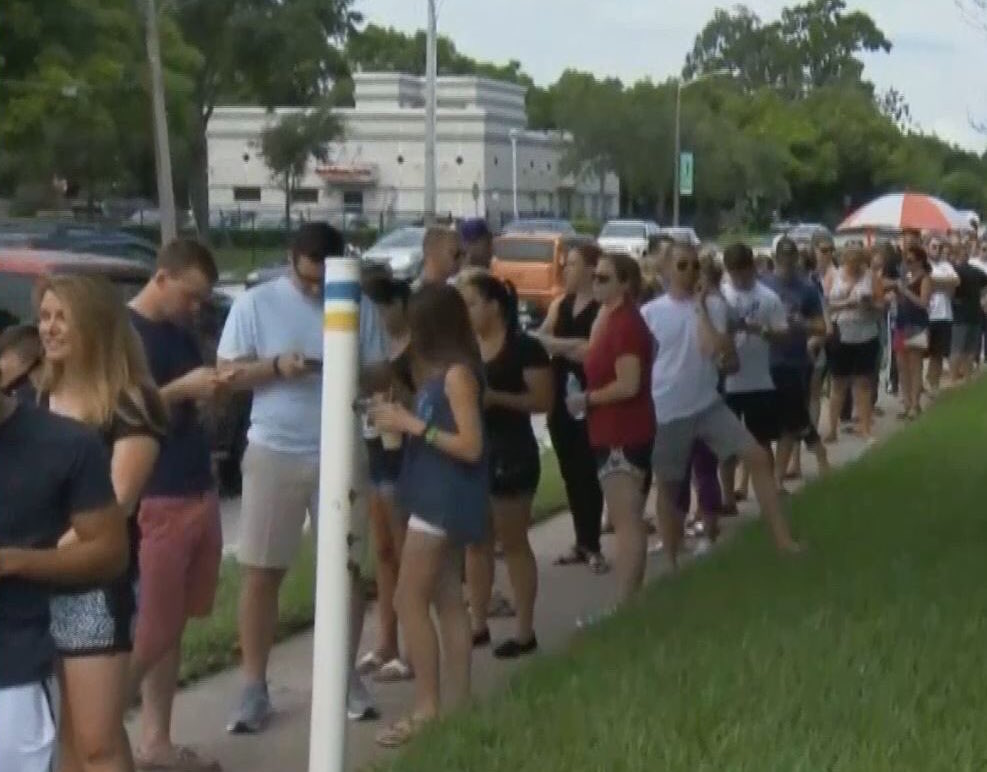 ORLANDO, FL (June 13, 2016) — Audubon Park Covenant Church is located less than six miles north of the Pulse nightclub here, where early Sunday morning a gunman murdered 49 people and injured more than 50 others before police killed him. Little information about the mass shooting had been released when Audubon Park Covenant met for worship Sunday morning, but people were “visibly shaken,” said Pastor Sarah Robinson.

“Unfortunately, this isn’t the first tragedy like this,” Robinson said. “It’s just closer to home.” The church prayed for the victims and their families, and Robinson reminded the congregation about the power of God’s community as a place for comfort and love.

That comfort and love was extended when a church member asked Robinson to go with her to deliver water to people standing in line to donate blood. In the afternoon, she went to The Center, a community venue for the LGBT community that normally provides services such as medical testing and counseling and is located about a mile from the church.

“It was pretty chaotic,” Robinson said, adding that the kindness of others contributed in small part. So much food was coming in that there wasn’t room to store it all.

Robinson was given food so that she could distribute it where other hunger needs might exist. She took some to a motel where most of the customers are homeless transients. Several people told her they would not have had a meal that night were it not for the food that was donated.

The nightclub slayings added to a mood of sadness and anxiety that had already befallen Orlando following the shocking murder of “The Voice” singer Christina Grimmie a day earlier. That incident occurred at a venue located just two miles from Audubon Park Covenant.

Nevertheless, Robinson said Orlando residents she had spoken with were determined to live with hope. “Many religious leaders, especially in the LGBT community, are saying, ‘We are a people of peace and of love and we will not react in hate or negativity,’” she said. “They are saying, ‘We are against all phobias, including Islamaphobia, and we will not allow this to breed hate.’ We want to share only love.”