A Place for Those Who Don’t Fit the Mold 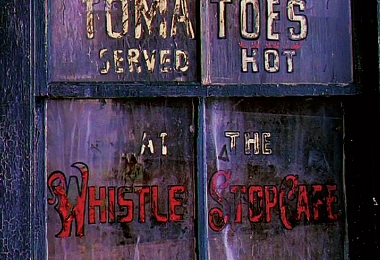 A Place for Those Who Don’t Fit the Mold

As a young girl, I adored Idgie Threadegood. I was around ten years old when I saw Fried Green Tomatoes for the first time, and in the wild Idgie I found someone I could relate to.

I was never a full-fledged tomboy, but I grew up surrounded by my brother, a slew of boy cousins and uncles, and my dad’s full personality and laughing friends. When other little girls wore pink and dresses, a friend’s wedding photo of me at five years old reveals the most livid flower girl you ever saw. In fact, my favorite article of clothing at that time was a hand-me-down Bart Simpson shirt that read, “Don’t have a cow, Man” bestowed on me by my cousin Chris who was seven years older. Like Idgie, who was the favorite of her older brother Buddy, I felt like one of the boys.

When Buddy is tragically lost to her, Idgie retreats into the wilderness and finds solace with the poor, the transient, the lewd, and the “colored”—all who are outcast in the South during the Depression. She grows compassionate but feral. It takes Ruth, the Sunday-school teacher, ladylike and proper, to soften her, and yet Ruth is the one to ultimately be converted. It is with Idgie that she too learns to live unbridled, to cast off the chains of her own oppression, and to give of herself even when it’s considered improper.

“You talk about ‘give unto others,’” Idgie criticizes while throwing food from a government train into a homeless camp. Ruth protests that it isn’t hers to give, until she sees the desperation of the people and joins in. Ruth does not abandon her original faith—she continues to pray and remains a church teacher—but under Idgie’s influence that teaching takes on new meaning and Ruth begins to see more gray than black and white.

Writing to Idgie for help to escape her abusive marriage, Ruth sends only a page of her Bible with the words of her namesake highlighted: “Whither thou goest, I will go; where thou lodgest, I will lodge; thy people shall be my people.” The movie leaves out “thy God my God,” though it’s implied. Idgie’s God isn’t concerned with pretense, and Ruth finds freedom in trading modesty for mercy.

The Whistle Stop Cafe becomes the communion table where the sheriff, the tramp, and the tomboy find sustenance.

Ruth and Idgie open the Whistle Stop Cafe that becomes the communion table of the town where the sheriff, the tramp, and the tomboy find sustenance. Even the taboo of serving the black community is transgressed. Here, kindness trumps convention, and a fried green tomato and a bottle of whiskey become the body and blood of Christ beckoning all to come and partake in a taste of heaven in the not-yet of the Depression. Despite (or perhaps because of) her often coarse exterior and her stubborn refusal to acquiesce to society’s norms, Idgie remains the heroine of this story. In the climax of the movie she nearly sacrifices herself to protect her closest friends, the marginalized. Just like the story that Buddy once told her of the oyster with the pearl inside, God decided to “make this one different.”

At ten years old, I was just beginning to learn that Christian faith in my community was awfully limiting for women. Politeness, domesticity, and above all, silence in the sanctuary were the expectation. At a time when my church culture stressed holiness and not being part of the world, Idgie Threadgoode was at least a shred of evidence of another way. She pointed out the hypocrisy of keeping up appearances while retaining a cold or indifferent heart to suffering. She spoke to the part of me that knew that audacious kindness and grace were part of faith. That justice meant protecting the vulnerable. It meant there was a place for those who don’t fit the mold.

When I was a young adult, I read Fried Green Tomatoes at the Whistle Stop Cafe, the book by Fannie Flagg on which the movie is based. The book is beautiful but harder to hold: relationships are grittier and in some cases the nature is entirely different, racism is more overt, language more harsh, violence more graphic. Reading it felt as though I had lifted the veil of the candy-coated movie that tamed hints of sexuality, curtailed the racist language of protagonists, abandoned the developed stories of the African American characters, and has one of the most benign murder scenes in film. It was relatively scandal-free for me to see the movie as a child—unless you consider the cruelty of the Ku Klux Klan and domestic abuse, but trust me, the weight of most of that went right over my head.

Coming to the novel, I am a different person—less naïve and more attuned to and disturbed by the many kinds of violence in our country’s past and present. The differences between film and novel further emphasize for me that life is complicated, and faith is complicated. Perhaps the best we can be is compassionate and remember to extend the invitation—of Christ’s table to all.