Faith in the Ruins 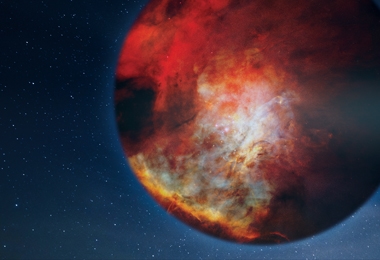 Faith in the Ruins

Whenever people ask me for a book recommendation, I list off a few of the classics I love—Steinbeck’s East of Eden or David James Duncan’s The Brothers K—and then the following interchange almost invariably occurs:

“But you have to read Mary Doria Russell’s The Sparrow and its sequel, Children of God.”

“What are they about?” the interested party follows up innocently.

Taking a deep breath, I plunge into what has become my standard speech: “Well, it takes place in the future when life is found on a planet called Rakhat. The Jesuits decide to send a mission to the planet to make contact, but something goes horribly wrong. Only one survives and gets sent back, and he has to grapple with how God could be anywhere in that mess.”

At this point, the questioner’s face may turn skeptical, but undeterred I plunge on. “I know it sounds like crazy sci-fi, but it’s not! It’s about forging relationships with those who are different from us, and it’s about cross-cultural ministry and the problem of evil. It’s hard and beautiful and messy. Please give these books a try!”

I then press one of my copies into their hands, my reluctant proselyte looking warily at this wild-eyed evangelist.

If the person can shake off the feeling that I am trying to initiate them into some kind of cult and actually begins reading, they usually find that the broad contours of my summary are true enough—but that they only scratch the surface.

The story follows Puerto Rican Jesuit Emilio Sandoz, who rose from the dangerous slums of San Juan to become an accomplished linguist and priest. When life is discovered on another planet through radio transmissions picked up at the Puerto Rican Arecibo Observatory, Sandoz is amazed to find that the friend group that has naturally surrounded him—a medical doctor, an astronomer, an engineer, and an artificial intelligence programmer—becomes the nucleus of a team perfectly fitted for a mission to the planet. Even the cynical Sandoz can’t help but believe that this is the hand of God at work.

After the group makes contact on the planet of Rakhat, they find two alien species there—the Runa and the Jana’ata—and they begin living among the Runa. The first few months on the planet are filled with the wonders of new discoveries and relationships, and the group is amazed to watch Sandoz blossom, even speculating that he might be a true saint of the faith.

Yet, while doing their best not to interfere in the local culture, a seemingly harmless choice made by the group sets off a chain reaction that destabilizes relationship between the Runa and Jana’ata and leads to the ruin of the group. After experiencing severe trauma, Sandoz is sent back to earth by a rescue team, where he must come to terms with a God who could let such disasters occur. The second book, Children of God, chronicles Sandoz’s quest to find any sign of faith in the ruins as he returns, against his will, to the planet that destroyed his faith.

As a twenty-four-year-old reading through these books for the first time almost a decade ago, I found the plot to be like an open window in a cramped and musty room. Granted, a book about the slaughter of people groups, personal trauma, and faith in ruins might seem a strange salve for the soul, but I grew up in a faith tradition where God (or god) was explainable and all questions had answers.

Rather than fearing the collapse of my metaphors for God, I desperately needed them to crumble under the weight of my most pressing questions.

If the answer to one’s question seemed woefully inadequate (e.g., “God has a plan for everything!”), that was an indication of one’s lack of faith. Yet the easy answers no longer went down as smoothly when set against the all-too-common horrors of the world or even the personal anguish that comes with living as a sentient being on a transient planet. The easily-explainable, readily-constructed god was failing me, and to be given permission through the experience of Emilio Sandoz to ask the most difficult questions—even if they meant that that god failed—felt like liberation.

In the second book a conversation takes place between the brash-talking Texas Jesuit D.W. Yarborough and the unflappable Jewish programmer Sofia Mendez. Assessing his own doubts about God, Yarborough exclaims, “Maybe poetry is the only way we can get near the truth of God….And when the metaphor fails, we think it’s God who failed us!”

I’ve come to believe that rather than fearing the collapse of my metaphors for God, I desperately needed them to crumble under the weight of my most pressing questions. The benign but aloof Old Man in the Sky, the compassionless Keeper of Ledgers, the Wish-granting Genie—all of these simplistic metaphors had to die if I was to be led closer to the living and moving God. For the god constructed from easy answers and cheap clichés is no more a god than the golden calf the Hebrew people cobbled together from their leftover jewelry at the foot of Mount Sinai. God does not come in a fixed container of gold but in cloud and fire, speaking from the shrouded places, elemental and unexplainable.

I confess, it is often harder to follow this God whom we cannot explain or contain. I’ve found that if I refuse to be appeased by easy answers, some of my most burning questions will never receive adequate answers. Yet I’m discovering that faith is lived with more beauty and humility—if less certainty or ease—when I approach it as a wild yet inhabitable mystery rather than as a tame, lifeless instruction manual.

In the end, Sandoz is able to find meaning in the ruins of his faith, but it comes in a manner he doesn’t expect. It is not a meaning that suddenly redeems the suffering of the past or replaces all that has been lost. Rather, it comes from engaging the mystery of God who, as the pope tells Sandoz, “is waiting for you, in the ruins.”

(For more, listen to “The Novelist as God,” On Being’s Krista Tippett interview with Mary Doria Russell at OnBeing.org/programs/mary-doria-russell-the-novelist-as-god.)