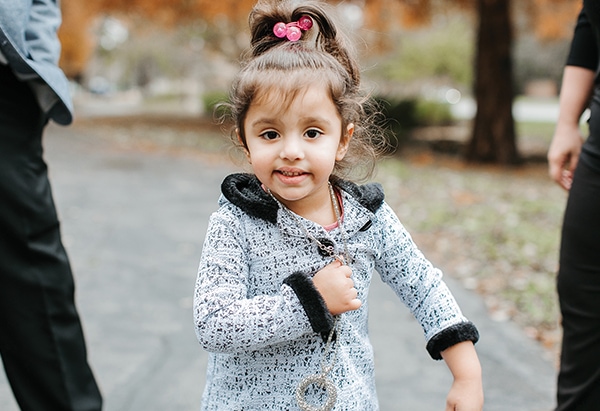 From an abusive marriage in Iran to seeking refuge in Turkey, one woman never lost faith that God would deliver her.

Tali Johnson grew up in a strongly religious, conservative Muslim family in Kermanshah, Iran. Just as all the women in her family did, she married at age fifteen. It was an arranged marriage and she met her husband, who was ten years her senior, on her wedding day.

She moved into his home with his extended family of thirteen and began cooking and cleaning and serving them. Her husband abused her physically and emotionally. Tali essentially lived as a domestic slave, and she begged God to rescue her.

When her uncle came to visit with his wife and child, Tali noticed how happy they were. He began to tell her about Jesus, but his words disturbed and unsettled her because she had spent her life trying to be a good Muslim.

Tali became pregnant and hoped that a child would appease her husband’s constant anger. But he beat her and she miscarried. Six pregnancies ended in miscarriage. Finally she had a baby boy. She hoped that the beatings would stop now that she had a son, but the abuse continued—and now it happened in front of her child. Once her husband hit her with a wooden chair, breaking her back in three places.

She traveled to Tehran, where her uncle lived, for treatment for her back. She says, “I was in the darkest point of my life. Then my uncle told me how much God loves me. That word touched my heart.” One day she attended church with her uncle, and she heard multiple times that God might actually love her. “I don’t know who you are,” she prayed, “but I believe you.”

Later, when her husband found out about her faith in Jesus, he beat her head against a wall until she lost hearing in one ear. He also stabbed her multiple times in her chest and arm and locked her alone in a room for three days, leaving her to die. Her knife wounds became infected but miraculously she survived. Finally her husband called her family to come get her.

“We don’t need her anymore,” he said. His family took her son away and told him that she had died.

Tali moved to Tehran and began singing about her newfound faith. She recorded some CDs of her music, but her husband was intent on killing her. The government also began pursuing her because conversion can lead to severe punishment in Iran, so Tali fled to Van, Turkey, just across the border.

Arriving with just two suitcases, she began serving in a Farsi church by ministering to refugees. She says she took comfort from God’s promise to Abraham: “Go from your country and your kindred and your father’s house to the land that I will show you…and I will bless you” (Genesis 12:2).

After two and a half years, the United Nations High Commissioner for Refugees approved Tali’s application to go to the United States. But before she left, an earthquake hit her town, depleting all of her funds. She and her mother arrived in the US with $145 between them and settled in Kansas City, Missouri. Neither spoke any English.

Within a month of their arrival, Tali found a job at Taco Bell and started to look for a church. She worked several jobs to support herself and her mother.

One year after she arrived, she met Greg Johnson, who heard her give her testimony in church. They started dating.

When they got married, she says, it was a healing process. “He showed me love I never had. He showed me trust I had never had.” Tali became pregnant, but the abuse and violence she had suffered had damaged her body. She had three more miscarriages. 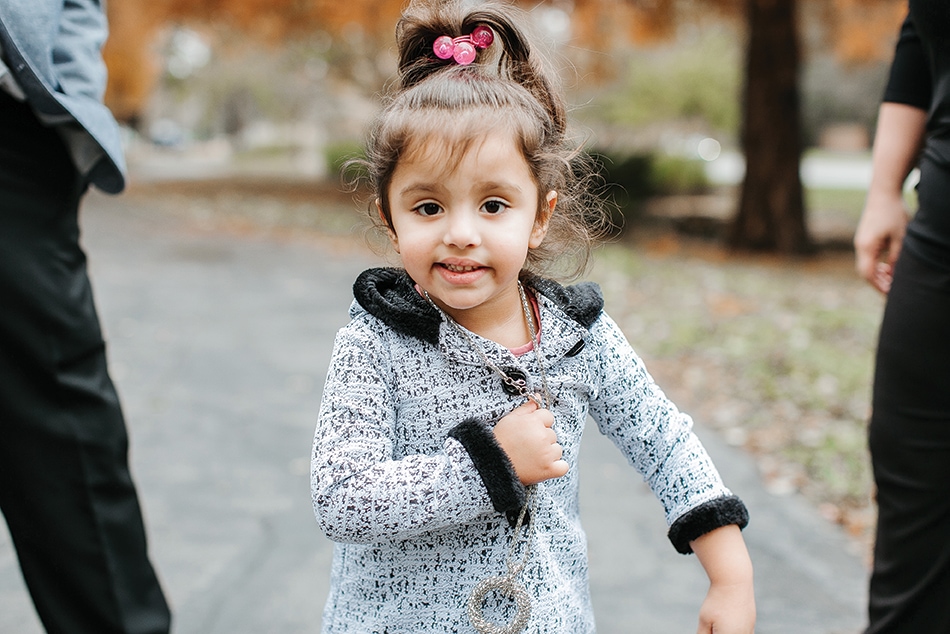 She was ready to give up, but then, she says, “Something in my heart said, ‘One more time.’” So they tried once more. Nine months later she had a baby girl. They named her Ellenora, which means God’s favorite angel.

Something in my heart said, “One more time.”

Tali had felt a burden for Muslims and refugees ever since she first arrived in Kansas City. She thought she needed to return to Turkey in order to help others. Then her pastor at Hillcrest Covenant Church in Prairie Village, Kansas, told her that many Muslims lived in the area. “If you want to start here, the church will partner with you,” he said.

“God showed me you can be light everywhere,” Tali says. She began helping refugees find housing and jobs, learn English and financial management, and to understand American laws and culture. And she helps teach Americans how to build friendships with Muslims.

Today she is on staff at Hillcrest, directing refugee ministries. She also runs a ministry called Voice of Love that helps refugees adjust to their new community in Kansas City.

God showed me you can be light everywhere. 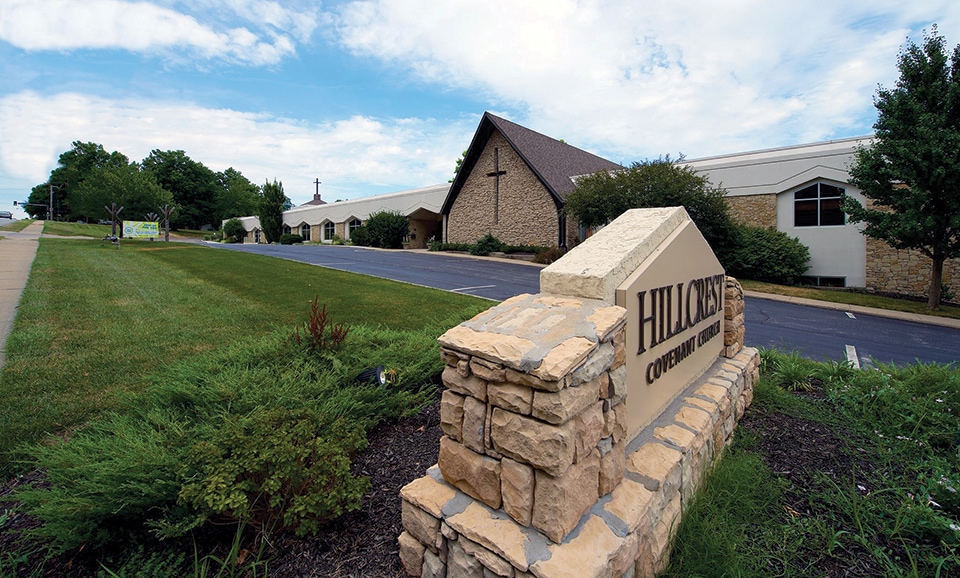 In 2015 Nate Severson was on an intergenerational mission trip to Athens, Greece, with Hillcrest Covenant Church in Prairie Village, Kansas. On the trip Nate, who serves as associate pastor of youth ministry at the church, sensed God telling him to serve the people at home in the same way they were serving people in Greece.

He knew his first step would be to talk to Tali Johnson.

Tali arranged for the youth group to visit families who had been refugees to start building relationships and to pray for them.

“I find it’s not hard to convince high schoolers and middle schoolers to care for their neighbors,” Nate says. “When we connect with the students, we get their parents on board. Soon both the kids and the parents are showing up.”

Now volunteers from Hillcrest bring these new neighbors to the church for fellowship and a program once a month. Their goal is to get to know people and be able to call them by name. Their motto is to “Love them until they ask you why.” Nate says a high majority of participants are Muslim. In the past year thirty-four have given their life to Jesus.

“I’ve baptized multiple families who want to know Jesus more,” he says. “They say the Wednesday night programs have been the most welcome place they’ve been to.”

In 2016 the church collected offerings as part of its Advent Conspiracy outreach for people who came to their area as refugees. Nate’s students had been visiting a man named Wael for several weeks. Wael was a tailor by trade but his arm had been badly injured when his home in Syria was bombed so he was unable to work. Wael, a Muslim, was receptive to having the students pray for him at the end of each visit and asked for prayer to have surgery on his arm so he could work again. The Advent Conspiracy funds helped him with those costs.

After the surgery Nate took his students back to visit Wael who told them how amazing it was that God had heard his prayer. When they asked if there was something new they could pray for, he said he was looking for a safer place to live because his neighborhood was dangerous. One of the middle-schoolers prayed a simple prayer for Wael and his family.
The next day a duplex home became available just half a mile from Hillcrest. Wael’s children would be able to attend school with a Hillcrest family they knew. When Wael heard the news, his response was immediate: “Praise be to God.”[/vc_column_text][/vc_column][/vc_row]