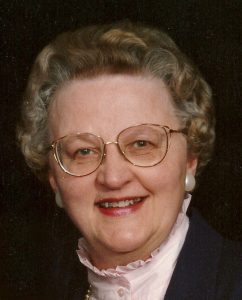 She was preceded in death by a son, Bruce Madvig; two granddaughters, and a great-grandson.

A memorial service for LaVerne will be held at 1:00 p.m. on Saturday, April 7, at First Covenant Church, 1280 Arcade Street, St. Paul, Minnesota. Visitation will be at noon.