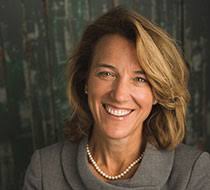 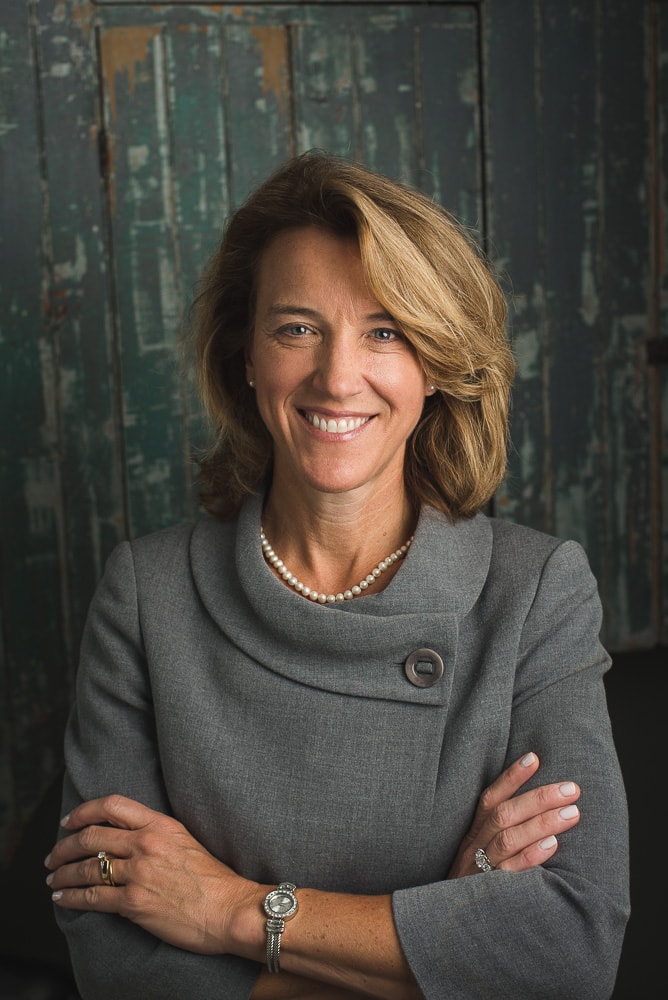 CHICAGO (April 21, 2018) — The North Park University Board of Trustees has nominated Mary Karsten Surridge, the university’s vice president for advancement since 2008, to serve as the school’s tenth president, effective at the beginning of the 2018–2019 academic year.

Surridge’s unanimous nomination has been ratified by the Executive Board of the Evangelical Covenant Church (ECC), North Park’s founder and sponsoring denomination, and will be presented to the Annual Meeting of the Covenant in Minneapolis, Minnesota, on June 22. Under the constitution and bylaws of both the Covenant Church and North Park University, the president must be officially called by vote of the Annual Meeting.

The nomination concludes a nationwide, thirteen-month search for a president who will help to cement North Park’s place as the nation’s leading city-centered Christian university.

“North Park is a strong, vibrant, and uniquely positioned institution within Christian higher education, and we offer an excellent academic, co-curricular, and personal experience to students who seek to learn and grow in our stimulating urban environment,” Surridge said. “I’m honored and grateful to respond with enthusiasm to this nomination and the endorsement of the search committee, our Trustees, and the Executive Board of the church.”

Surridge’s North Park career has been highlighted by her direction of Campaign North Park, the most ambitious fundraising campaign in the school’s history, with $63 million in commitments, including $41 million for the Johnson Center for Science and Community Life. Most recently, in addition to her duties in advancement, she has been leading undergraduate admissions while the university searches for a new vice president for Enrollment Management and Marketing.

A fifteen-person search committee, including nine members of the Board of Trustees and six from the campus community, conducted the search and recommended Surridge to the Board of Trustees this week. “We undertook a comprehensive search with the help of CarterBaldwin, a search firm with wide experience in higher education and particularly Christian higher education,” said Owen R. Youngman, chair of the committee and a North Park trustee. “We evaluated nominations and applications from more than fifty qualified candidates with deep Christian faith and distinguished careers, both inside and outside the academy. Mary is the right person to lead the university at this important juncture.”

“The Board sought a candidate who combines knowledge of higher education, an abiding belief in the mission of North Park, and a deep and ongoing connection to the Covenant Church,” said Dr. Kristine Strand, North Park’s board chair. “Mary’s proven ability to secure critical resources for students, faculty, and staff, and her recent success in overseeing undergraduate admissions will serve the campus, the church, and our many constituents well for years to come.”

Surridge’s previous higher education experience includes several years as an associate director of planned and major gifts at Northwestern University in Evanston, Illinois; director of residence life and student activities at Concordia University in Mequon, Wisconsin; and dean of students at Marian College (now Marian University) in Fond du Lac, Wisconsin. She holds a B.S. in communications from Northwestern and an M.S. in student personnel administration from Concordia. She and her husband, Jack, North Park’s longtime athletic director, are members of North Park Covenant Church near the university’s North Side campus.

“Mary is a ‘ready day one’ executive leader,” said ECC president Gary Walter. “She believes in the importance of deepening the Christian identity of the school and brings intimate knowledge of the challenges and hopes of North Park. She has been a Covenanter for twenty years, and both values and will deepen the school’s relationship with the Covenant Church.”

Surridge underscored her commitment to the school’s important connections. “It’s been my privilege to work with our devoted alumni and friends for over two decades,” she said. “I have deep respect for the legacy of North Park and broad confidence in its future.”

Surridge, 55, would succeed David L. Parkyn, who retired at the end of the 2016–2017 academic year. If elected, she will be North Park’s first female president. Carl E. Balsam, who has been serving as interim president, will remain in that role through August 15.