“Whether in a Longhouse or at a Powwow, Dance Is a Spiritual Act” 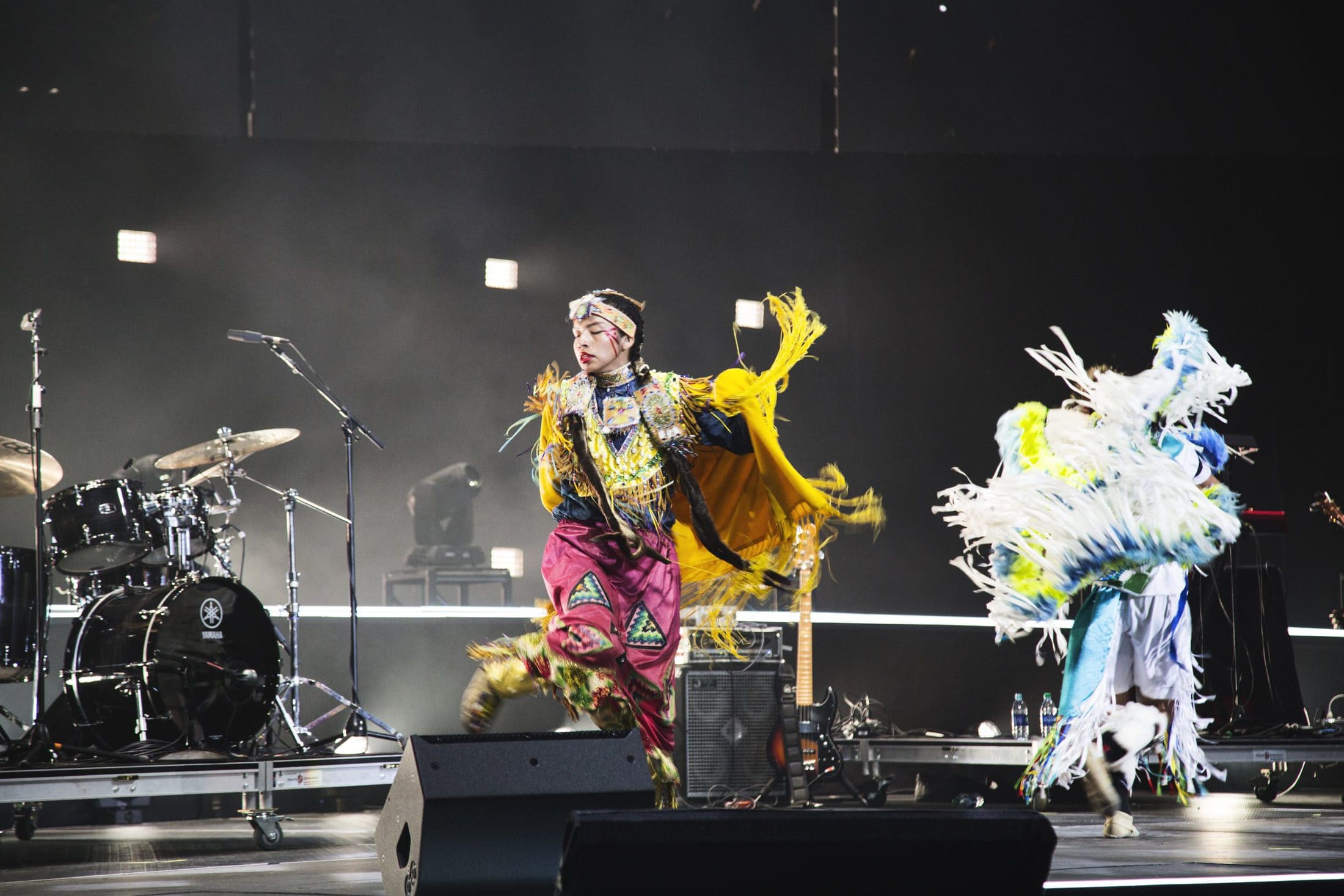 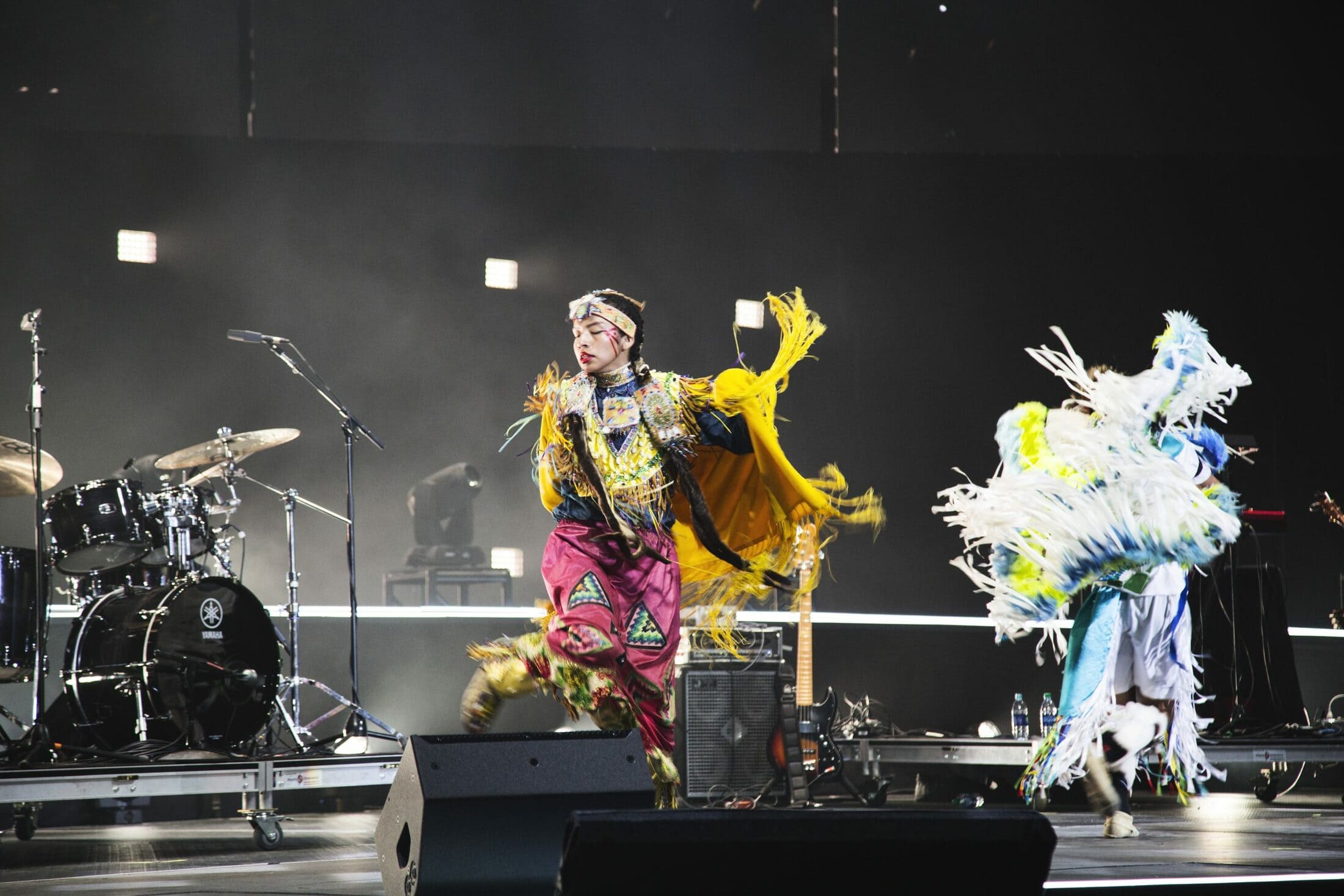 KNOXVILLE, TN (July 30, 2018)—When the group Mending Wings shared traditional Native American dances with students recently at CHIC, it was the first time Native Americans had ever been featured on the MainStage.

“It was so significant that the Mending Wings youth were given the opportunity to share their gift of prayer and dance with our Covenant community through their culture,” said Curtis Ivanoff, superintendent of the Alaska Conference. “It was powerful to see their gift received with so much joy. Our Native culture is beautiful and so often not seen, or too often misrepresented or misunderstood.”

Mending Wings was founded by Corey Greaves in 2006—the idea was birthed out of his own deep frustration after a conference. As a youth pastor, he had mostly served under non-Native leaders at that point. “The conference was for Native youth, but when it was over my mind was restless,” he said. “The only thing that made it a Native youth conference was that there were Native youth there. I was asking, ‘How can we as Native folks follow the Jesus way as Indian people? What does that look like, sound like, smell like?’ I’m not one of those people who say, ‘God told me,’ because I think we throw that language around to justify what we want to do—but I got a really clear vision that day.”

These are the words he heard:

My people were here long before
the others cast their sails to the wind
Before the tears of innocence
like a heartbreak would descend
My people spread like eagle’s wings
across the mountains and the plains
Now our feathers have been broken,
but the eagle still remains.

That’s when he understood that he was to be about the work of mending wings.

That vision led to his founding the nonprofit organization to empower Native American youth and families. The mission of Mending Wings is to help them to walk together in wholeness and beauty, honor the Creator through their cultures and lives, heal through programs that facilitate wholeness, and share with others the hope they find as followers of the Jesus way in a culturally relevant manner.

One program they offer is Dancing Our Prayers, a group of around 15-20 young people who go out to churches to share traditional dances, drama, and testimonies—they call it sharing Christ in culture. One of the dancers at CHIC, Keisha Dave, said, “We reconnect with the people in the audience. Sometimes we do a friendship dance with a call and response. The people get involved too.”

Greaves explained, “When we dance it is a spiritual act. Whether it’s in a longhouse or at a powwow, there’s still spirituality to it. There’s hardly anything that we wouldn’t call spiritual. The earth is spiritual, we come from the earth—even the cars that we drive are made of materials that comes from the earth.”

Ivanoff added, “I hope this moment can help to further connections and relationship with our indigenous brothers and sisters across this land in the ECC. Hopefully we will see and hear of more stories like this, as it only makes our church stronger and the mosaic more beautiful—like heaven.”

Mending Wings is a partner ministry of the Pacific Northwest Conference and several of churches there through Journey to Mosaic and SLAM (Students Learning About Mission) trips, which are a cross-cultural mission trips within an indigenous paradigm. “We want students to adopt a learning posture, where they don’t come to teach us but instead come and work with our elders, doing whatever the elders want them to do. If you’d like to learn about us—not from history books that aren’t written by Native people, but to let some reconciliation happen between the church and Native people—we are inviting you to come to the reservation to be part of our home,” Greaves said.

I hope this moment can help to further connections and relationship with our indigenous brothers and sisters.

Mending Wings offers language classes, community healers, leadership opportunities, and social groups. The youth group includes 350 students. “We’ve been able to speak into the lives of hundreds of Native teens,” Greaves said. “We’ve grown in our vision and purpose. We focus a lot on cultural revitalization.”

Dave added, “Our Native American culture is not a public thing. It’s given to us. It’s significant to us. Sometimes people say they like our costumes or our shoes and ask where they can buy some. But those items aren’t really things you can buy.” She explained, “You can buy Halloween costumes, but that mimics us. It’s regalia, not a costume. They aren’t shoes, they’re moccasins. You’re supposed to ask before you touch.”

Greg Yee, superintendent of the Pacific Northwest Conference, said, “There’s a lot of ignorance and negative stereotypes out there. There’s never enough time in this kind of setting to create the relational capital needed to unravel the decades and centuries of brokenness. We are blessed here in the Pacific Northwest Conference because we live alongside our Yakama family. Relationships have been building for many years.”