CHICAGO, IL (March 1, 2019) – Covenanters routinely share links to social media articles and videos that Covenant News Service believes may be of interest to others. Each Friday we post five of them. Following is a sample of those submissions—their inclusion does not represent an endorsement by the Covenant of any views expressed. 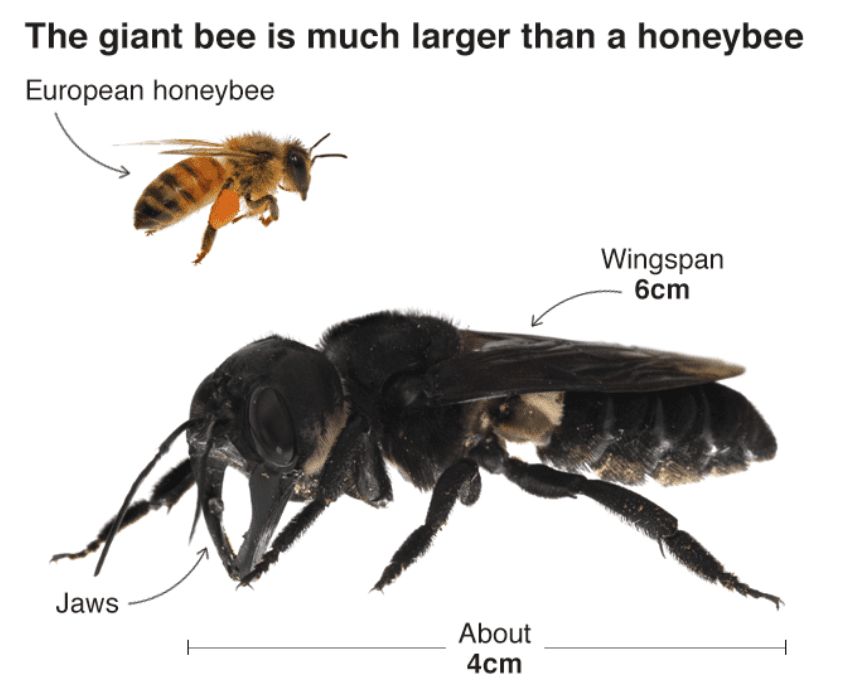 Most people probably would use different words than “incredible” and “breathtaking” if a “flying bull dog” with “giant wings” flew past them, but if you’re a scientist who thinks the creature is extinct, it’s a whole different story. What sounds like an apocalyptic nightmare might actually be a small sign of hope.

From the article: “‘It was absolutely breathtaking to see this ‘flying bulldog’ of an insect that we weren’t sure existed anymore, to have real proof right there in front of us in the wild,’ said natural history photographer, Clay Bolt, who took the first photos and video of the species alive. ‘To actually see how beautiful and big the species is in life, to hear the sound of its giant wings thrumming as it flew past my head, was just incredible.’”

The chief conservator at the Violin Museum in Cremona, Italy, feared that the sounds of some of its most prized instruments not be available for posterity. So the museum set about recording the instruments to preserve the music for future generations. That meant recording every possible note that can be played on each instrument. They brought in world-class musicians to help achieve the technological and performance feat, but the willingness of local residents to stay quiet was also essential.

From the article: “A rumble passes as a woman drags a suitcase across cobblestones. Then, the hiss of a street-sweeper machine. It’s what you’d expect in a city of 70,000 people, with a bustling open-air market and a population of typically boisterous Italians. If they’re close enough to the concert hall, the noise they make is audible to the 32 hyper-sensitive microphones during recording—and potentially disastrous.” 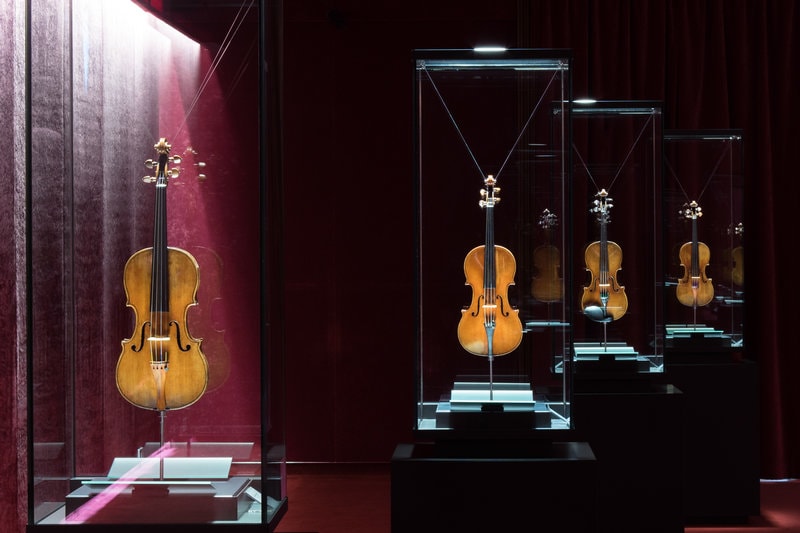 Why Are So Few Male Students Studying Abroad?

College officials who believe in the importance of students having international experiences are trying to figure out how to get more men to study abroad. Only a third of the more than 300,000 college students who studied overseas in 2016-17 were male. When men do study abroad, they tend to go to different places, for different reasons, and at different points in their academic careers than their female counterparts. As school officials try new approaches, there could be lessons for churches in how they approach ministry with young adults.

From the article: “Samantha Brandauer, who runs Dickinson College’s study-abroad office, told me she has experienced this first hand. In her past job at Gettysburg College, she teamed up with a colleague to convene student focus groups on why men didn’t go abroad and what the college could do about it. What she discovered was a ‘bro mentality’ among men in college—a culture where male students don’t want to leave their friends to study abroad and are heavily influenced by their classmates in making choices about what to do in college. ‘Part of this is a messaging problem because the way we talk about study abroad as a transformative experience just doesn’t resonate with college-age men,’ Brandauer says. ‘They don’t want to be transformed.’”

Life is filled with deep, philosophical questions. The questions addressed in this article are not among them. But you may have wondered about at least some of these things. For example, how did that staple of the church potluck—deviled eggs—get its name?

From the article: “To get to the bottom of this, you have to start at the beginning. Which came first: the devil or the egg? The devil, actually. In the late 18th century, to ‘devil’ a food meant to cook it with a spicy seasoning or over very high heat. It was thought that this association grew from the similarly high heat presumed from the depths of hell. Later, the definition warped into heavily seasoning a dish or slathering it with an excess of rich condiments. If you’ve ever made a platter of deviled eggs, you know that they are loaded with mayo and seasoning. Voila: The deviled egg was born.

This year marks the 150th anniversary of the periodic table, the chart that has intimidated countless high school chemistry students ever since. To commemorate the anniversary, the European Chemical Society has published a completely new version that warns of future shortages of some elements. Those shortages will impact all areas of our lives, including how we receive health care and communicate with one another.

From the article: “But as the new version of the periodic table underlines, we must do all we can to conserve and recycle the 90 precious building blocks that make up our wonderfully diverse world. If we don’t start taking these problems more seriously, many of the objects and technologies that we now take for granted may be relics of a more abundant age a few generations from now—or available only to richer people.” 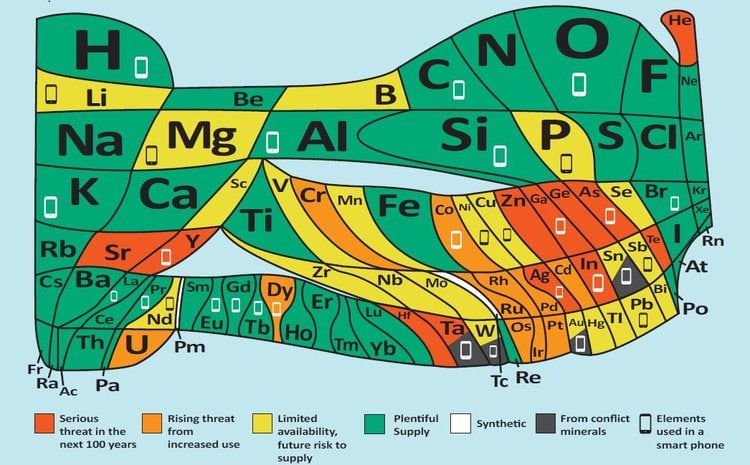