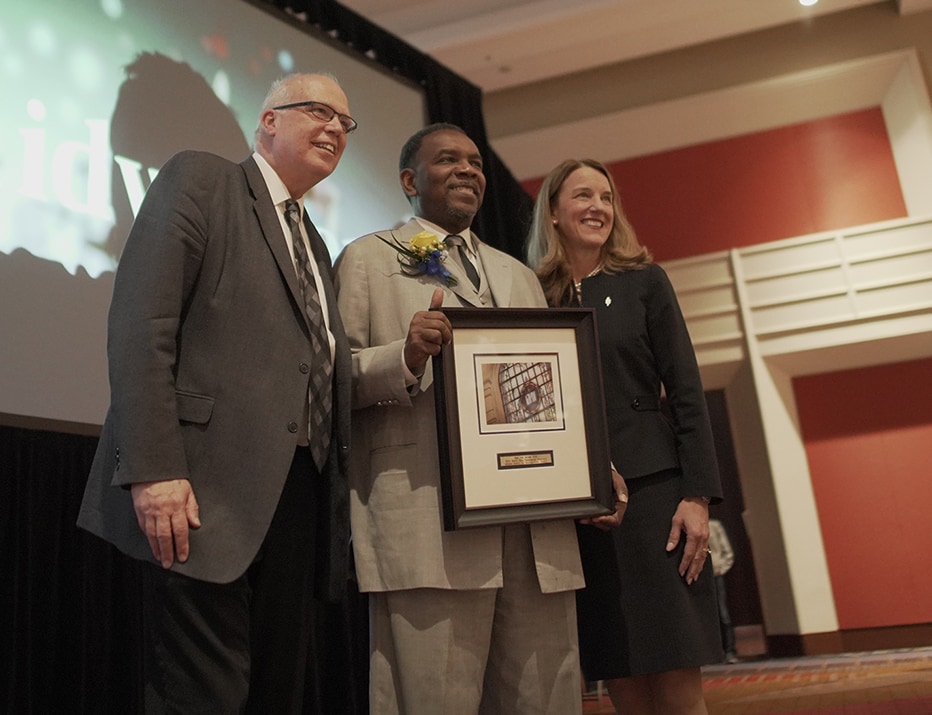 Acree earned his master of arts in Christian ministry from the seminary in 2014 and is a frequent guest speaker at the school.

He has served as pastor of Greater St. John Bible Church in Chicago’s Austin neighborhood on the city’s west side since 1989. Seminary dean Dave Kersten noted that Acree is a strong proponent of education and has led his congregation to award more than $500,000 in scholarships to local students who are pursuing higher education and attending college.

Acree has authored three books, “In Pursuit of Mr. Right,” “Just Do It,” and “The Man in the Mirror,” and hosts a half-hour weekly TV show, “All Hands on Deck,” on CAN-TV.

When he announced the launch of the show in 2014, Acree said, “There’s a lot of people who are frustrated with life as it is in Chicago and would like to do their part and turn it around. That’s what we’re talking about with ‘All Hands on Deck.’ That everyone can help out and should help out, and everyone does indeed have a role to play.”

Acree also is co-chair of the Leaders Network, a faith-based social justice organization that seeks to strengthen the city’s south and west sides, where many of the city’s lower-income neighborhoods are located.

Kersten said, “He is a pastor’s pastor, a preacher’s preacher, and a prophet who speaks truth to power.”

The national media have drawn attention to his words and work on multiple occasions. He accused former Chicago mayor Rahm Emanuel, a Democrat, of being “not concerned about our community.” When President Donald Trump lambasted the city for its high murder rate in 2017, Acree urged him to come to the city and meet with the families of murder victims.

In an open letter, he wrote, “So I unashamedly call on all the residents of these endangered communities of our city to demand President Trump’s help. Let’s not sugar coat it, these neighborhoods are dangerous. I beg to differ with those local politicians and bureaucrats who get offended when people compare Chicago to Afghanistan and other war zones.”

“I say tonight to you that I thank you from the depths of my heart for this honor,” Acree said. “It will go down as one of the greatest days of my life. But I want you to know that if you really want to honor me tonight, leave here saying that a preacher from the west side of Chicago challenged you to go back to your comfortable communities…away from the violence—leave here with renewed dedication to saying, ‘This little of mine, I’m gonna let it shine.’”

The conference runs through Friday.