Church Spotlight: After the Storm 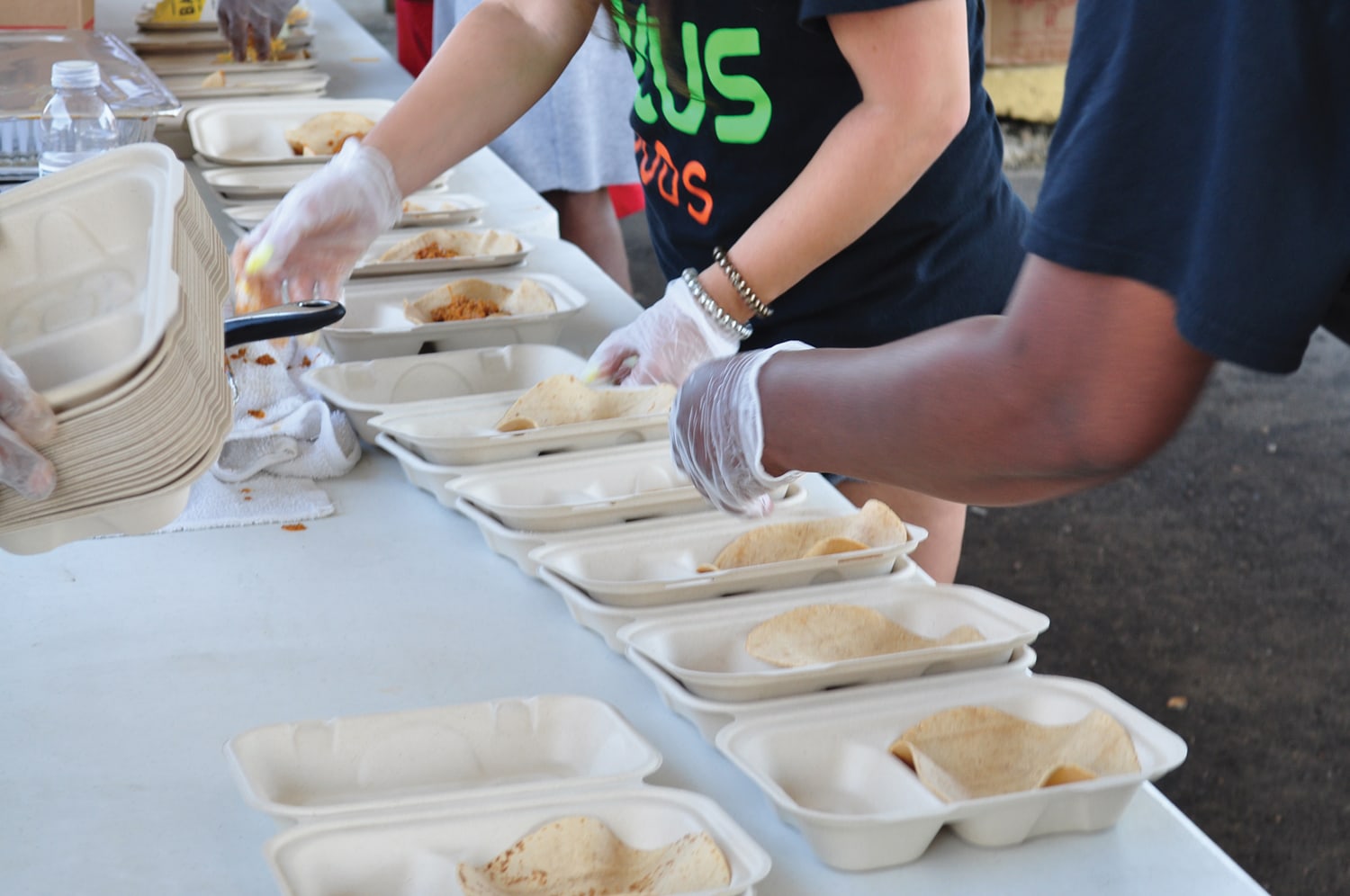 When Hurricane Laura, a category 4 hurricane, hit southwest Louisiana on August 27, it was yet another bewildering blow for our fledgling church plant. One hundred miles inland, winds in our town of Leesville were strong enough to topple decades-old trees and peel up roofs. Thousands of miles of power lines went down, leaving our region without electricity for weeks in the summer heat. It took days for stores to re-open, and even then supplies were limited.

My husband, Darrick Gütting, and I had been trying to start a new church, High Point, since March. The U.S. Army brought us to this area as Darrick completed his service as an active-duty chaplain. After he retired, we felt called to stay to plant a church with the soldiers and families at Fort Polk as well as the surrounding Leesville area. Just as we were starting to meet in small groups, the Covid-19 crisis hit. 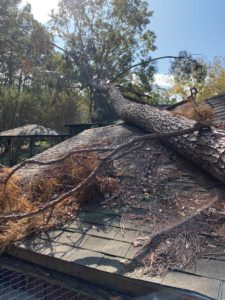 A few weeks later a tornado tore through our backyard. And then at the end of August, Hurricane Laura, the storm of the century, handicapped the region and our efforts, it seemed, for weeks.

Our core team quickly reached out to help neighbors clear multiple, massive trees. We teamed up with a veteran volunteer group at the local fairgrounds to serve meals. A truck loaded with hot food came twice a day from a couple of hours away, and we unloaded it, dished it up, and handed it out to lines of cars that stretched out of sight. As the town began to recover electricity and those lines of cars shortened, we started taking the food to residents in outlying areas who had limited access to transportation. With a poverty level that is higher than the national average, Leesville has pockets of people living on the edge. A natural disaster can be devastating to anyone who was barely getting by beforehand.

We are still clearing trees off houses and offering cups of coffee to our weary neighbors. While little of this fits our “well-conceived plan” for church planting, the honor of being the church beats the disruption to our plans every time.

A hot meal means a lot when your world seems overwhelming. A donated bag of ice can literally save a life when medicines have to be kept cool. We were privileged to be able to hand these items out to help people daily.

As the media turned its attention to fires, riots, and pandemics, in southwest Louisiana we felt like we were on our own. But Covenant congregations, Love Mercy Do Justice, and friends far and wide responded to our call for help. Donations and packages of supplies arrived in our mailbox daily.

One evening a group of volunteers who had been taking meals to residents living in a trailer park returned to the fairgrounds obviously shaken. They described broken-down trailers, dirt roads pocked with holes, and garbage everywhere.

“A family with twin toddler boys needs size 5 diapers,” they said. As parents of now-grown twin boys, we were especially struck by those words. While the fairgrounds had received some diaper donations, they’d all been distributed already. Where would we find size 5 diapers? We agreed to take lunch to the trailer park the next day.

It was a Sunday. Not expecting any mail, I debated trying to stop at a store before we headed out. “Size 5 diapers” kept rattling around my brain, but I abandoned the idea of waiting in the long lines outside the store in vain hopes they would have anything we needed. I was on my driveway getting ready to go when our mail carrier pulled up with a Sunday delivery from Amazon. She handed me a large box, labeled “Diapers —Size 5.” The return address was from another church-planting friend.

We filled the pickup truck with meals, tarps, snack items, and the box of diapers and headed to the trailer park. The faces of the twin toddlers popped up in their window as we pulled up. We joyfully distributed the gifts, prayed with their parents, and helped fix a tire to restore their transportation.

Serving in ministry means we get to experience the joy of seeing the impact of perfectly timed gifts demonstrating the love of Christ. Donations from across the Covenant of snack items, hygiene kits, cleaning supply buckets, and kids’ activity packets continued to pour in for weeks after the hurricane. We were able to partner with other churches closer to the heavier destruction in the Lake Charles area to distribute supplies. When Hurricane Delta followed nearly the same path a few weeks later, we were ready with generously donated chainsaws and generators.

We are still clearing trees off houses and offering cups of coffee to our weary neighbors. While little of this fits our “well-conceived plan” for church planting, the honor of being the church beats the disruption to our plans every time.