Radiant Church: A Beacon of Hope during the Pandemic 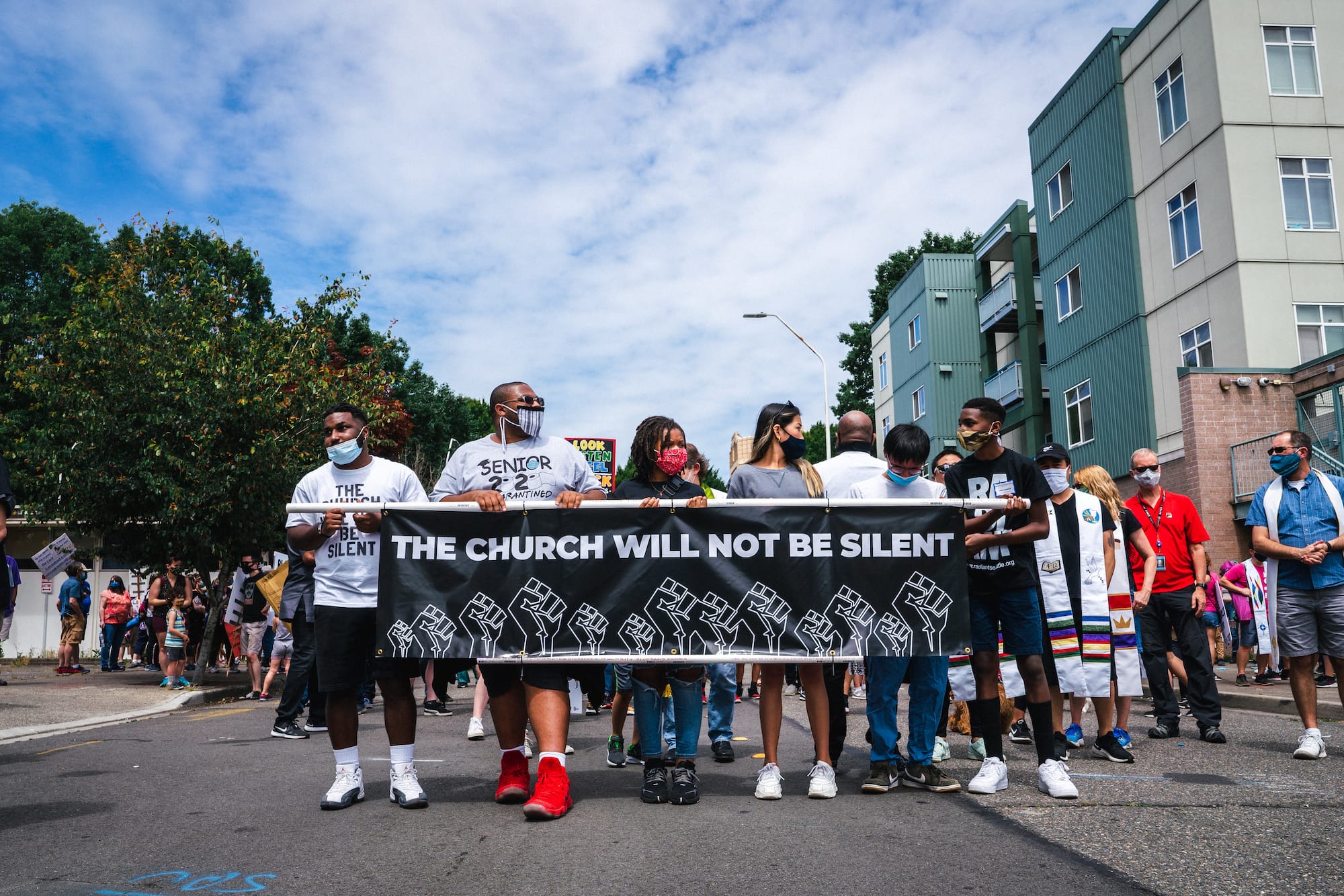 Due to an editing error, the above image was incorrectly identified as Covenanters in Minneapolis in the 2020 Annual Report of the Evangelical Covenant Church. We deeply regret the error. Photo Credit: Austin Yuen and Lauren Neely.

When the world found out about George Floyd’s murder, Pastor Mike Thomas was naturally traumatized. “As an African American male, I was in a very emotional place,” he said recently in an interview.

The news broke on a week Thomas was not scheduled to preach at Radiant Covenant Church in Renton, Washington, the congregation he planted with his wife, Kim, in 2013. “If I’d gotten up to preach that day with the emotional baggage I was carrying, I don’t think Radiant would exist today,” Thomas says.

Instead of delivering a sermon, Thomas says that day he received a vision from God to organize the March to Surrender. The message: to communicate to the country that the Church was making a commitment to no longer be silent. “George Floyd’s death was partly due to centuries of silence and centuries of the Church choosing comfort over being courageous enough to speak truth,” he says. “We needed a visible representation of the Church saying, ‘We’re no longer ignoring the elephant in the room. We’re marching in a spirit of surrendering privilege and comfort and repentance to God for the Church’s silence.’”

The event reverberated throughout the region. Initial counts of more than 700 in attendance grew to more than 800. It was the largest march in the area organized by any church specifically to address the issue of devaluing Black lives in the U.S. Organizers believe it was one of the largest of its kind in the nation to date. (For a previous story, click here.)

More than 20 people came to Christ that day. When they saw the church in action, Thomas says, they were saying, “I’ve never seen the church do anything like this. I want to learn more about Jesus.”

But it wasn’t just a powerful day. March to Surrender was just one more chapter in Radiant’s own story.

The Thomases had planted the church to be an intentionally multiethnic congregation focused on Christ-centered reconciliation. They say their mantra is, “If the blood of Christ can reconcile broken humanity back to a perfect God, then surely that blood has enough power for us to get along.” They’ve been doing the hard work to be a reconciling community since the beginning.

March to Surrender was just one more chapter in Radiant’s own story.

“We move forward by focusing on relationships,” Kim says. “We spend time encouraging each other to grow in community together. One of the great things about Radiant is we’re highly social. The congregation takes time to connect with each other on their own.”

Before the pandemic, Radiant was meeting at a school in downtown Renton. They had every intention of returning there when they resumed in-person worship.

Then in August 2020, a friend messaged Pastor Mike asking about Radiant’s plans regarding worship space after the pandemic. The friend explained that their church was about to merge with another congregation, and their board was trying to discern what to do with their building. Members of the congregation and leadership team were saying, “We should try to sell it to a church like Radiant. Imagine what they could do for the community if they actually had their own space.”

So they made Radiant an offer reflecting a generous discount. “This great church sold Radiant the property with a kingdom-agenda in mind,” Pastor Mike says. “Did you know that statistics say when a church sells a property to a non-kingdom entity, odds are less than 1 percent that that property will ever return to kingdom work? One percent! That was part of the selling church’s motivation.”

Radiant’s new building is more than 11,000 square feet located in the heart of downtown Renton, on Third Street, the most popular thoroughfare. Their address is 316 S. “Come on, John 3:16!” Pastor Mike interrupts himself to exclaim. The building has office space, a full commercial kitchen, and a recording studio.

This summer was the second consecutive year with record-breaking heat in their area. Temperatures hit triple digits for weeks—in a place where summers are typically so mild that traditional homes don’t have air conditioning.

So Radiant offered their new building to people as a cooling center.

The offerings they are planning seem endless—marriage/cooking classes so couples can cook together as they focus on their relationship, reconciliation classes, classes empowering people to lead life groups in their homes, building up disciples so they can go out and teach the gospel in their spheres of influence.

“We cannot express enough gratitude to Greg Yee, the Pacific Northwest Conference, and National Covenant Properties who supported us to make this amazing miracle happen,” Pastor Mike says. “Greg has pastored us through the ups and downs of the pandemic. I praise God for healthy structures like NCP who saw the value of working with a multiethnic church in one of the most unchurched states in the country to represent God’s kingdom with excellence and class.”