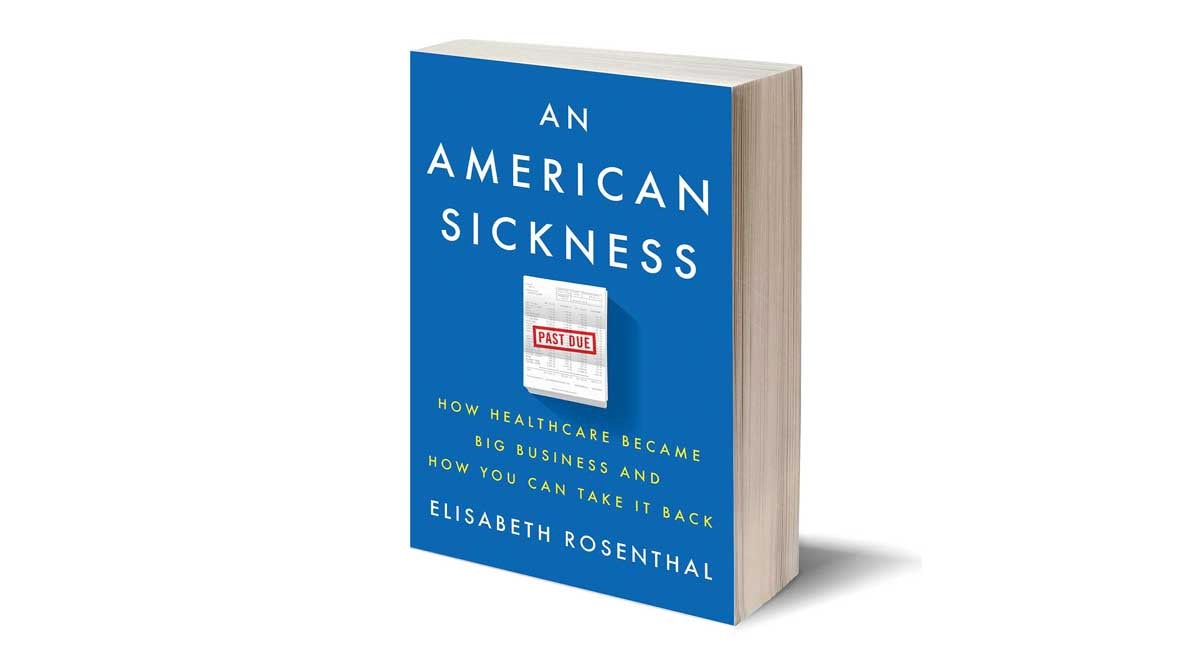 An American Sickness: How Healthcare Became Big Business and How You Can Take It Back

Reading An American Sickness, by doctor and journalist Elisabeth Rosenthal, was a difficult yet eye-opening exercise. I have been in the healthcare industry for 40 years. For many years I worked in administration at a hospital and in Blue Cross plans in two states. Then I made a career change—and now I care for the health of souls.

I used to have an idealistic fascination with free market economics. Even after my career change, I believed that a uniquely American healthcare system could be developed—one that harnessed the economic forces of competition to provide excellent, reasonably priced healthcare for all responsible citizens.

Healthcare costs in our country top $3 trillion annually, which is 18 percent of our GDP. That is nearly twice what other developed countries pay. Perhaps the cost would be justified if the outcomes were also better than other countries. But that is not the case. Not by a long shot.

Rosenthal provides a tour through the complex aspects of our current system, interspersed with human stories that reveal the consequences of medical failures. She details the history and current profit incentives of insurers, hospitals, doctors, pharmaceutical companies, and others. The tour leads to an undeniable conclusion: Our healthcare delivery system is a mess.

Our poor performance is not just bad business. It is a moral scandal due to a disproportionate effect on the poor. Those with limited or no access to this system are prone to postpone care, decline needed treatment, and experience a higher rate of premature death. As Christians we are especially called to care for sick and otherwise disadvantaged people just as we would care for Christ himself. Throughout the Gospels, we see signs of God’s kingdom that include the blind who see, the lame who walk, the deaf who hear, and disease is banished. This is an issue where the church must have a voice and begin to understand the problem.

The healthcare industry is a not a free market where consumers vote with their dollars. It is in fact a network of self-serving entities that are mostly immune to market pressures. Corporate culture overshadows human virtue to produce what Rosenthal calls ten “economic rules of the dysfunctional medical market”:

Rosenthal repeats these rules often as she exposes the dysfunctional machinery of American healthcare. By the end I wasn’t interested in her practical suggestions for controlling the costs of my own personal care. I was interested in chapter 12 which outlines how other countries operate, all of which provide universal coverage at lower cost per capita, and with superior outcomes. Any of these options is preferable to our current unsustainable system.

Healthcare needs to be treated as a public good instead of a commodity. Universal coverage is an ethical imperative and will soon be an economic emergency. I think Americans will eventually come to a logical and moral consensus on this.