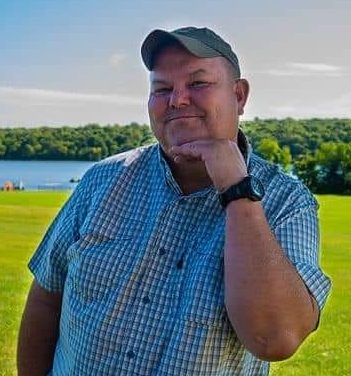 Brian was born on March 25, 1968, in Edina, Minnesota, to Allan and Sandra (Anderson) Alnes. He graduated from Minnehaha Academy and attended Normandale Community College and North Central Bible College before going on to complete seminary classes through Bethel University and North Park Theological Seminary, becoming a consecrated staff minister in the Evangelical Covenant Church in 2005.

On October 6, 1990, Brian married Rhonda Kay Wolf. Together they raised four sons. Brian had a love for hunting, whether deer, pheasant, or duck, and he enjoyed fishing and four-wheel riding with his sons and especially his grandson Maximus. He liked to fix things by giving of his time, talents, abilities, and efforts. His favorite way to spend time was being with his wife, sons, and grandsons.

Brian wore many hats in life, beginning with his first job at the age of 12 working for his uncle at Pannekoeken Huis Restaurant in Edina, Minnesota. He served as an EMS/firefighter for the Crystal Fire and Rescue Squad in Crystal, Minnesota, where he and Pastor Greg Bodin started the CISM Program. He was a DNR instructor, a first responder in Swanville, Minnesota, and a chaplain for Morrison and Todd Counties. For over 35 years, he and his best friend from high school, Matt Griepp, co-owned Star Seal of Minnesota, a paving and asphalt company. Brian also worked alongside his best friend, Stan Holter, as a driver at Richfield Bus Company. He served on many boards and committees, but his true passion was being a pastor.

He served as associate pastor at Faith Covenant Church in St. Petersburg, Florida, and as youth pastor at churches in Rochester (Salem), Crystal, and Minneapolis (First), Minnesota. For the past 15 years he served as executive director of Lake Beauty Bible Camp in Long Prairie, Minnesota.

Brian was known as the “Pastor of Discomfort” because he was always helping people to get out of their comfort zones so they could meet Christ personally. He touched countless lives for Christ in his more than 31 years of ministry.

Brian had an infectious laugh and a mischievous smile. He was kind, compassionate, and caring, with a work ethic as big as his personality. He lived life to the fullest and for many years concluded his voicemail greeting with an invitation to, “Have a great day and remember who gave it to you!”

Brian was preceded in death by his sister Missy. He is survived by his wife, Rhonda; his four sons, Peter (Kayla), Caleb (Olivia), Nathan (fiancée Olivia), and Joshua; two grandsons, Maximus and Malachi; his parents, Allan and Sandra; his sister Marcy (Jeff) Peterson and their four children; in-laws Melvin and Judy Wolf; sister-in-law Rebecca (John) Carpentier and their son); and many aunts, uncles, and cousins.

A memorial service will be held on Saturday, January 22, at Buffalo Covenant Church (1601 Hwy 25 N., Buffalo, Minnesota 55313). Visitation will be at 9:00 a.m. and the service will begin at 10:00 a.m. The family invites attenders to bring written memories/stories of Brian to be placed in a box at the church. The service will be livestreamed at buffalocov.org/live, and memories can be contributed online.