Trade in Your Certainty for Something Better 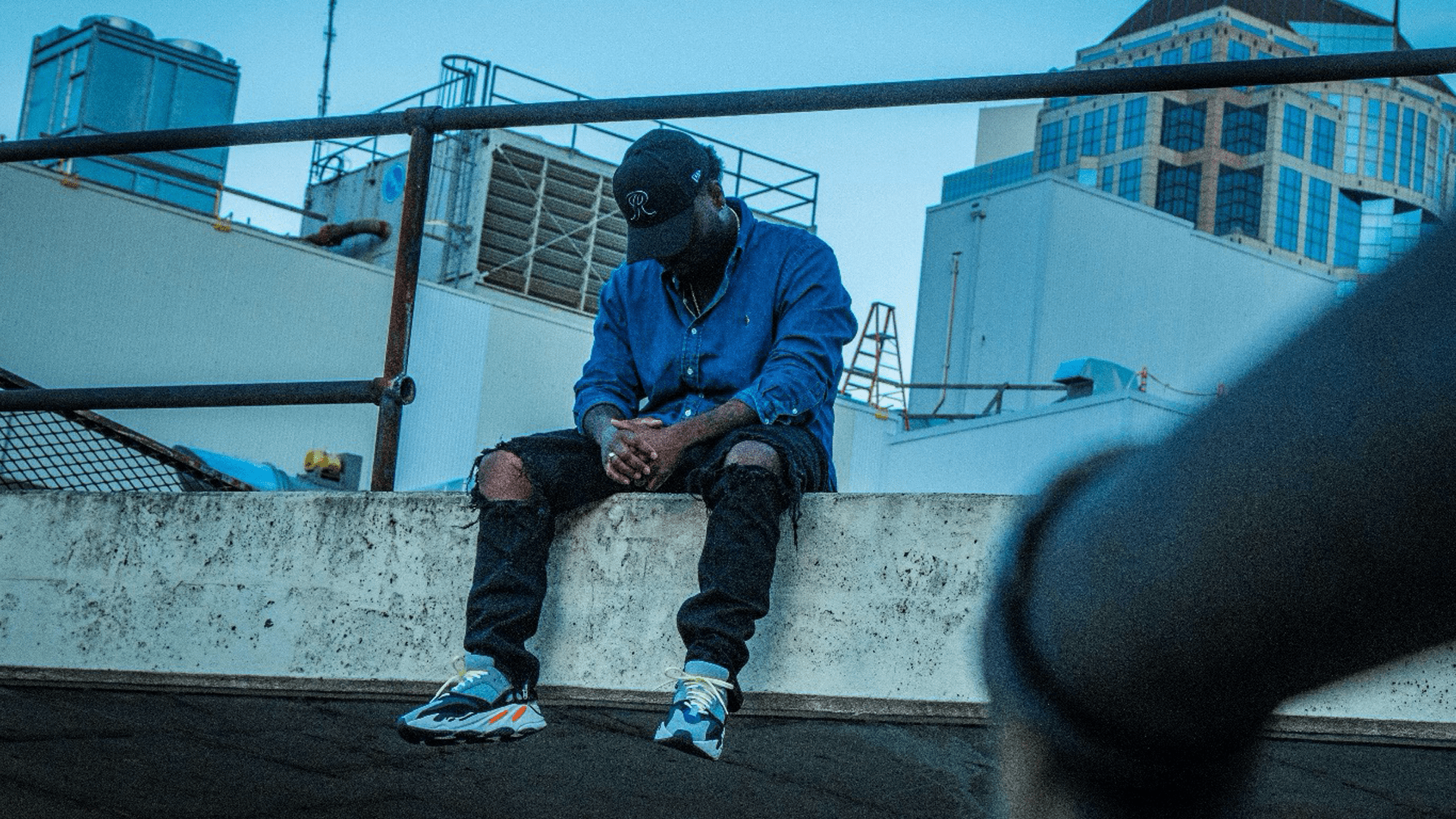 During this Lenten season, each of these adults could take a cue from a precocious little girl I’ll call Marisol.

I recently met Marisol while officiating a memorial service for a friend’s daughter. Marisol’s mom was thanking me for my role in the service when Marisol piped in, asking, “Are you a pastor?”

I wasn’t sure how to answer. I’ve worked as a pastor, but I’m neither licensed nor ordained, and I’m not serving in a lead pastoral role. But there I was, acting in a very pastoral capacity. So I answered as honestly as possible.

I tried to continue conversing with her mom, but Marisol had another question.

“What does that mean, ‘sometimes’?”

“Well, I worked as a pastor for four years but that didn’t work out, so I drove a school bus for a while, but thankfully that job ended when I took my most recent job, writing full-time.”

“Well, I really enjoyed driving the school bus, but it didn’t pay as well as I needed. So now I work as a writer, but I still serve at church, sometimes as a pastor and other times as a worship leader.”

I wanted to express my theological conviction that worship pastors practice a vital form of biblical proclamation that’s just as impactful in the trajectory of the average churchgoer’s Christian formation as preaching or administering the sacraments, but then I remembered I was talking to an eight-year-old.

I think one reason Jesus tells his disciples in Mark 10 that they have to receive the kingdom of God like a child is that children are perpetually curious, and they love good stories. Also, they haven’t yet been socialized to expect absolute certainty in every scenario. Sometimes an overreliance on certainty contributes to heartache, pain, and division.

As an actor, Lum goes by the stage name Awkwafina because she started as a rap artist. She became a household name through starring roles in successful films like Crazy Rich Asians, The Farewell, and Shang Chi and the Legend of the Ten Rings. With her success, however, has come additional scrutiny over one of her signature comedic traits, an exaggerated use of what linguists call AAVE—African American Vernacular English. Many Black people view her schtick through the lens of mockery and consider her use of AAVE—which they call a “blaccent”—as racist and offensive.

As a result, Awkwafina has been repeatedly questioned in interviews and on social media about cultural appropriation in her work. This is ironic, because appropriation has been a part of hip-hop culture since its beginning. DJs appropriated turntables and turned them into instruments, using them to appropriate existing grooves for their own purposes. (Or have people forgotten how many rap songs recycled hooks from elsewhere?)

Apparently, Lum has had enough questions. In a social media post recently, she explained that, in consultation with her therapist, she’s abandoning social media.

Justifying a decision by citing your therapist notwithstanding, I get her decision. But I feel like it’s a missed opportunity. Part of why Lum became such a target was because she, like many people defending themselves against accusations of racism, missed the point. She was trying to establish with certainty that she’s a Good Person and that she was Not Racist, when instead she could’ve simply talked about how she ended up in this position. Maybe she grew up in a multiracial community that included Black people, and that’s the way of her peers talked. Maybe she could have told her story in a way that would suggest she never meant harm. Maybe if both she and her critics were curious enough to really listen without attacking or defending, she could have found a way to stay in the conversation. A lack of curiosity and an overreliance on certainty often shuts down dialogue before it has a chance to start.

I think that’s part of what doomed Gabriel Azucena.

Recently he admitted on social media that he’d gotten a divorce in 2020. That didn’t cause much of a ripple, because Azucena is an entertainer, and divorce happens a lot in entertainment—even Christian entertainment. Azucena goes by the stage name GAWVI, and has been both a producer and artist for Reach Records, home to many of the biggest names in Christian rap music, including Grammy-nominated artists Lecrae and Andy Mineo.

But GAWVI was recently dropped from his label after credible allegations of sexual misconduct were made public.

While it’s good and necessary for someone caught in that kind of sin to be removed from the privilege of public ministry, the timing of the announcement—and a subsequent interview with label co-founder Lecrae—implied that Reach leadership didn’t know how bad GAWVI’s behavior had gotten before the allegations went public. If GAWVI had been confronted and/or disciplined in private, perhaps the spectacle of allegations on social media could have been avoided. That this didn’t happen was, some would say, a failure of accountability.

To some extent, I agree. By virtue of their platform and public witness, it’s important for high-profile Christian musicians to avoid even the appearance of impropriety. Keeping up appearances is a requirement of the job.

But holding someone accountable is not just punishing them for wrongdoing. It’s offering them a chance to give an account for their actions, to tell their side of the story. My guess is that before his behavior became so morally abhorrent and potentially legally actionable, GAWVI might’ve had opportunities to share the reality of his struggles with fellow artists, tour managers, spiritual advisers, or record label administrators. But at some point, he probably decided that it was easier to lie in order to reinforce the certainty of his witness rather than tell the truth and deal with the messy details. I’m not justifying his behavior; it was wrong, and he was rightfully removed from his position of influence. But maybe if he’d felt more empowered to tell his story in private—all of it, even the ugly parts—perhaps he wouldn’t have hurt so many people along the way.

That brings me to Brady Goodwin.

Hurt, confused, and frustrated are just a few of the adjectives many people in my demographic are feeling about Goodwin and his latest revelation. If you’re Black, love Jesus and hip-hop, and came of age in the late ’90s or early ’00s, you probably encountered some of Goodwin’s work. Brady Goodwin goes by the stage name Phanatik (pronounced “fanatic”) and was part of the Philly-based Christian rap group The Cross Movement.

But Phanatik made waves on social media after he released a video explaining his process of spiritual deconstruction, which ultimately led him to renounce his faith in Christ. In the video, he explains in emotionally wrenching detail about the decades he spent in bold proclamations of his faith as a hip-hop emcee, followed by his practice of biblical apologetics in primarily secular academic environments, trying to continually hone a defense of the faith that could be seen as credible to a cynical, intellectual unbeliever. Eventually, he encountered so much disillusionment that he could no longer continue in that pursuit.

Pivoting to apologetics might seem like an odd choice for a backpack rapper part of a crew he referred to as “a Christian Wu-Tang .” But from its beginning, hip-hop has always been the vehicle of choice for bold, defiant proclamations of truth. Phanatik was no exception. In his transition to Bible college and seminary, Goodwin just continued his call from one medium to another.

Unfortunately, where hip-hop is concerned, it’s easy to gain fanaticism at the cost of nuance. Super Bowl halftime shows notwithstanding, hip-hop is often considered a young person’s game, not only because of all the yelling and fist-pumping and jumping around, but because it takes confidence bordering on arrogance to tell crowds of people, over and over, that in matters of eternal importance, you’re right and many others are dead wrong.

Maybe if Brady Goodwin hadn’t been so invested in continually proving that he was right, he could have had a faith in Christ solid enough to work through his doubts and fears. The ongoing attempt to bolster certainty—not just your own but in others around you—creates a powerful disincentive against humility and self-reflection. Nobody wants to admit that they might actually be wrong.

That’s not how culture wars are won.

Maybe God is calling us to something greater than certainty.

If the apostle Paul was right, then the riches of our salvation in Christ is, well, unsearchable. Maybe there’s a reason Paul referred to the church’s relationship with Christ through the lens of marriage and its glorious mystery of two becoming one flesh. Maybe there’s a good reason that he told the church in Corinth—a church not only struggling with immorality but in a leadership crisis—that the foolishness of God is wiser than human wisdom. Maybe we’d all be a lot better off if we admit that sometimes we don’t know.

The season of Lent is often a time when we intentionally set aside certain foods, activities, or practices that might distract us, in order to orient ourselves toward God. Perhaps this is a season worth temporarily setting certainty aside. Maybe in its place, we can make space for curiosity, accountability, and humility. Maybe we can provide opportunities for others to tell their stories without the threat of condemnation, and in so doing, perhaps we can come to terms with our own stories. Maybe we can spend less time trying to confound the adults in our crosshairs, and instead take our cues from the children in our midst.

In so doing, maybe we’ll look a little less like Nora, Gabriel, or Brady, and a little more like Marisol.