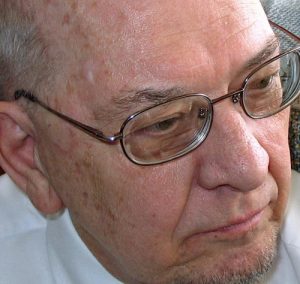 Donald Earl Lindman, retired Covenant pastor, passed away in Batavia, Illinois, on January 29. He was 89.

He was born to parents Emanuel Carl “E.C.” and Ellen Lindman in Highland Park, Michigan, on October 24, 1933. He attended North Park Junior College in 1953 and graduated from the University of Michigan in 1955. He married Joanne Strickland on June 18, 1955.

In addition to being a pastor, Lindman also worked as a writer. He published four books, and also wrote for various newspapers and magazines, including six years where he wrote as a weekly columnist for The Daily Herald, Chicago’s largest suburban newspaper. In his later years, he branched out into fiction, poetry, and started his own blog.

Lindman was preceded in death by his daughter, Jill. He is survived by his wife, Joanne; his son, Jerry; granddaughter, Grace; and brother Harold,

A memorial is planned in the spring at The Holmstad in Batavia.