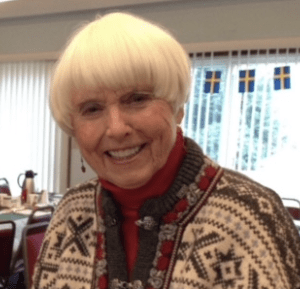 Evelyn was born in Chicago, Illinois, on April 3, 1932, to Gunnar and Ruth Engblom. She attended high school at North Park Academy in Chicago, graduating in 1949. She earned her AA from Trinity Bible College in 1951 before attending Swedish Covenant Hospital School of Nursing. She graduated in in 1954, receiving her Registered Nurse certification. She worked in the nursing profession until she retired in 1998. She enjoyed knitting and playing the piano over the years.

She married George on April 16, 1955. Together they served Covenant churches in Flossmoor, Illinois; West Peabody, Massachusetts; Rockford, Illinois (Broadway); and Livingston, New Jersey; before George was elected superintendent of the East Coast conference in 1986. He served in that role for eleven years. 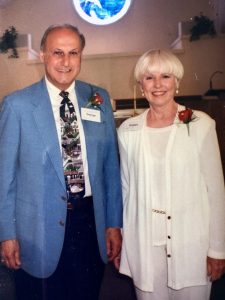 Evelyn is survived by her husband, George, and their three children, Kevin (Robyn), Kimberly (Robert Travers) and Kurt, (Catrina), ten grandchildren, two nieces, and a nephew.

A memorial service will be held later in the summer at Cape Cod Covenant Church in Brewster, Massachusetts, with the Reverend Thomas Nelson officiating.