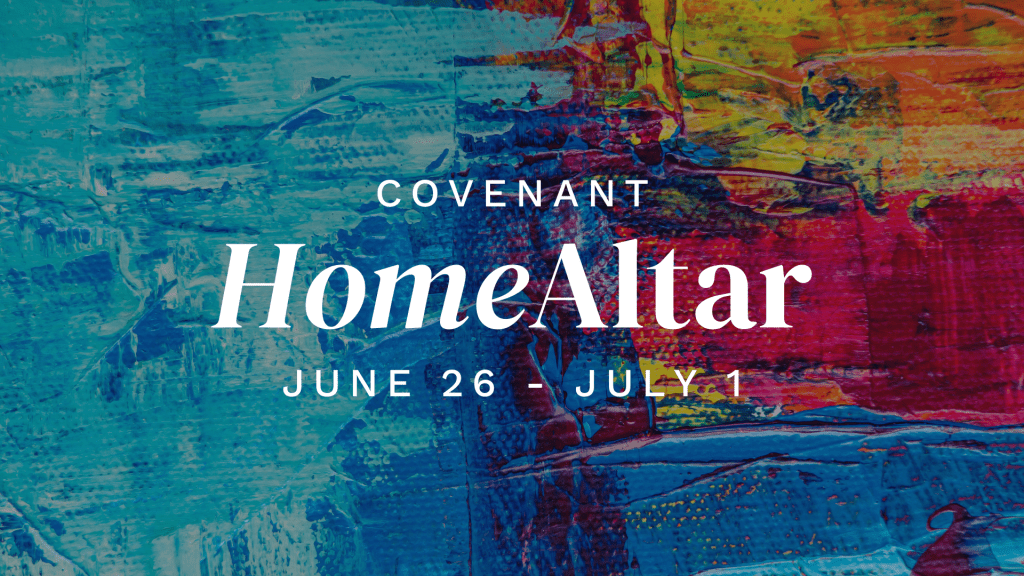 Sometimes it just feels like the world and all the people in it are out to get you. Often, it’s just the accumulation of life’s little annoyances. When a barista mishandles my order, the coffee arrives cold, and my meter expires just seconds before the parking officer arrives, I can find myself calling for burning coals to fall on some heads (v. 10). Other times it’s much more serious injustices that leave me bewildered, angry, and afraid.

This psalm reminds us that calls for justice are absolutely right—and just how important God’s holiness and justice are. But we must also recognize that the psalmists did not have the justice of God completely satisfied in Christ. Jesus taught us that in the end all things will be made right, but in the meantime, we are to pray for our enemies (Matthew 5:44), not wish them ill. Yet as Christians we can pray these psalms as longings for justice and hatred against the “power and principalities” (Ephesians 6:12) behind the evils of the world.

Lord, you are our strong deliverer. May we seek your justice even as we pray for those who cause us pain. Amen.

When I was young, I used to gaze up at the stars and try to comprehend the vastness of space. I didn’t know much about astronomy, but I remember the sinking feeling inside my stomach as I realized just how small and insignificant I was.

David makes a similar observation about human existence. “What are human beings that you regard them, or mortals that you think of them? They are like a breath; their days are like a passing shadow” (vv.3-4).

Our days are fleeting. Our bodies, fragile. Life itself can feel meaningless and insignificant. And yet, David recognizes that the Creator finds meaning in each and every one of us. To God, every breath counts.

In the next verse David cries, “Bow your heavens, O Lord, and come down” (v. 5), which is precisely what he did so unexpectedly and gloriously in Jesus Christ.

God, you are the creator and sustainer of all life. Help us to remember the value and significance we have in you, through our Savior Jesus Christ. Amen.

God’s redemption story begins way back in Genesis when he calls Abram to leave his country and go to a new land. God promises that he will make him into a great nation (Genesis 12:2).

Along the way the fledging nation fights its way through slavery in Egypt, wandering through the wilderness before finally entering the promised land. But now as Solomon dedicates Israel’s first temple in Jerusalem, God’s promises are coming to fruition. God’s people have finally arrived, and his glory is about to come down and fill this sacred place. But God’s promise is not only to bless Abram and his offspring; rather, he will bless all peoples on earth through them (Genesis 12:3). And in his prayer of dedication Solomon remembers this and prays that this place of worship would be a blessing to foreigners around the world. So much so that when anyone prays toward it, God would answer and all peoples of earth would know his glory (v. 43).

Lord, you have blessed us to be a blessing. May our worship reflect your mission to see more disciples among more populations in a more caring and just world. Amen.

I grew up in a Pentecostal church tradition that emphasized faith healings a great deal. In one revival service my best friend’s dad, who had recently been paralyzed from the waist down, was encouraged to come forward and tear up his handicap placard as an act of faith. The next day he went to the DMV to get it replaced. That messed with me for a long time. I wondered whose faith was lacking. My friend’s dad? The preacher’s? Or was it my own doubt and skepticism that prevented the miracle?

Luke tells us about a military man, a company commander, in the service of the Roman Empire. Not exactly a pinnacle of faith. What Jesus ultimately does has nothing to do with this man’s faithfulness, and has everything to do with God’s grace. Faith is not something we achieve. It’s about learning to place our trust in the right Person.

Lord, help us to trust in your abundant grace and provision rather than our own ability to be faithful. Amen.

This is a story about a woman at the end of her rope. There is famine in the land, she has lost her husband, and her resources have completely run out. Few of us in North America have faced circumstances quite this dire, yet this is an everyday reality for billions of people living in poverty around our world. I’ve had the opportunity to visit many of these places throughout my life, and each time I do I meet people just like this poor widow. People with next to nothing but who nevertheless open their churches and their homes to joyfully share what they do have.

This story reminds me of Jesus’s encounter with another poor widow. After watching rich people donate to the temple, he notices a woman placing her last two coins into the offering. Calling his disciples, Jesus says, “Truly I tell you, this poor widow has put more into the treasury than all the others. They all gave out of their wealth; but she, out of her poverty, put in everything—all she had to live on” (Mark 12:43-44).

Lord, help us to give not only out of abundance but even in our lack. May
we give sacrificially on behalf of and alongside our brothers and sisters in need. Amen.

Immediately after this poor widow has given the last of her food to the prophet Elijah, another calamity strikes. Her son becomes ill and dies in her arms. In her grief she blames God and his prophet, but also herself. “What have you against me, O man of God? You have come to me to bring my sin to remembrance, and to cause the death of my son!” (v. 18).

Jesus is faced with a similar question when his disciples assume that a man’s blindness must have been caused by his or his parents’ sin. Jesus responds, it is much more complicated than that! “Neither this man nor his parents sinned, but this happened so that the works of God might be displayed in him” (John 9:3). No doubt sin has negative consequences in our lives, but it is rarely a simple cause and effect. As believers we know there are other “powers and principalities” (Ephesians 6:12) at work, and behind the scenes a great spiritual battle is still being waged.

Lord, help us to trust that even in our darkest moments of despair you are working all things together for good. Amen.

Jesus encounters a funeral procession where a widow whose only adult son has just died. This would be terribly painful for any mother, but for her it would also have been an economic disaster as he no doubt was her source of provision. When Jesus sees her, he has compassion for her and raises her son back to life.

Compassion is a feeling of deep sympathy and sorrow for another who is stricken by misfortune, accompanied by a strong desire to alleviate the suffering. We see this type of compassion throughout Jesus’s life. At his friend Lazarus’ graveside (John 11:35), when he enters Jerusalem on his way toward his crucifixion (Luke 19:41), and even on the cross itself he cries out, “Father, forgive them; for they do not know what they are doing” (Luke 23:34).

Lord, thank you that you are a compassionate God. You see us, you have sympathy for our pain, and your desire to alleviate our suffering led you all the way to the cross to bear our sin and shame. Amen. 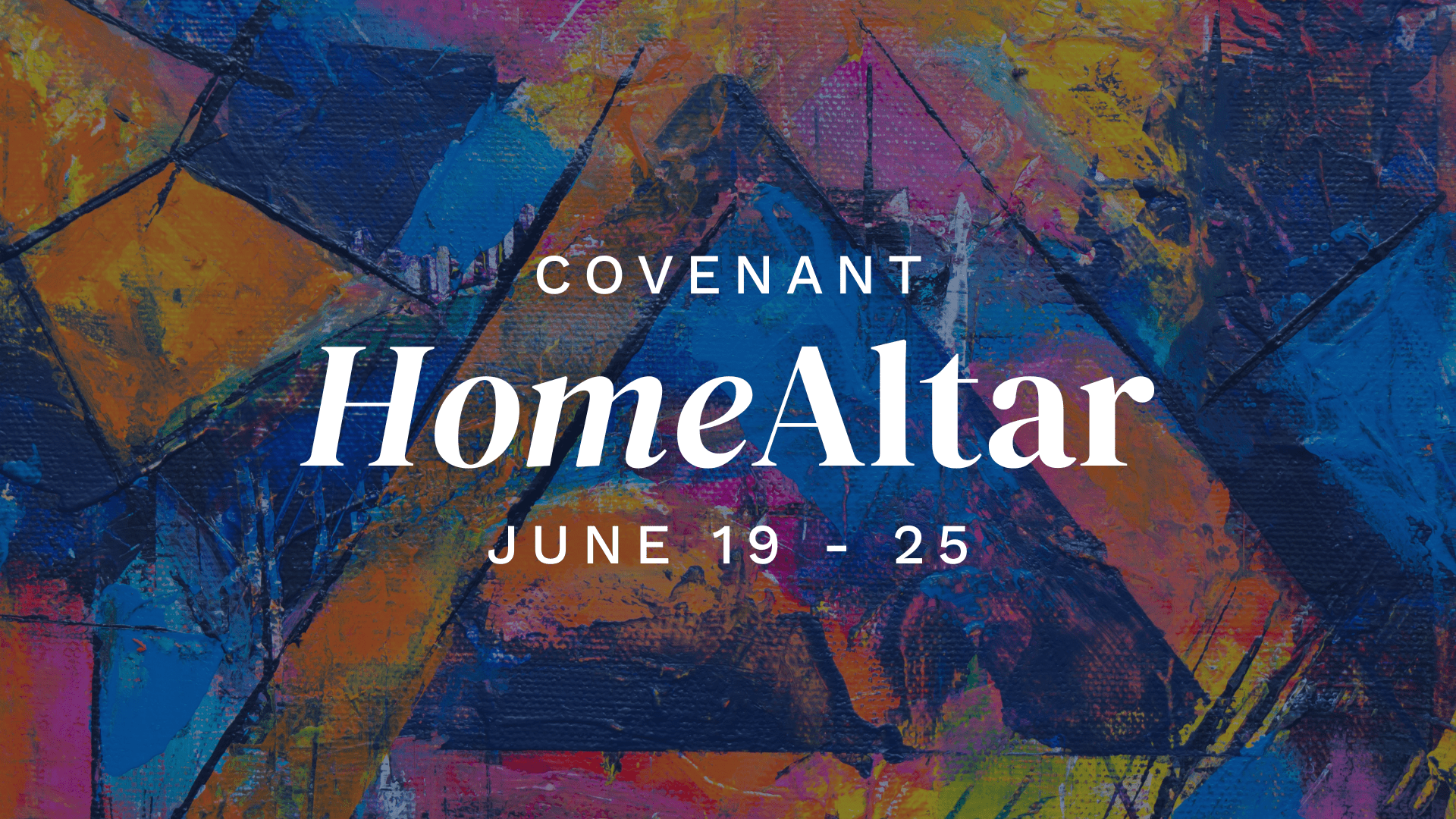 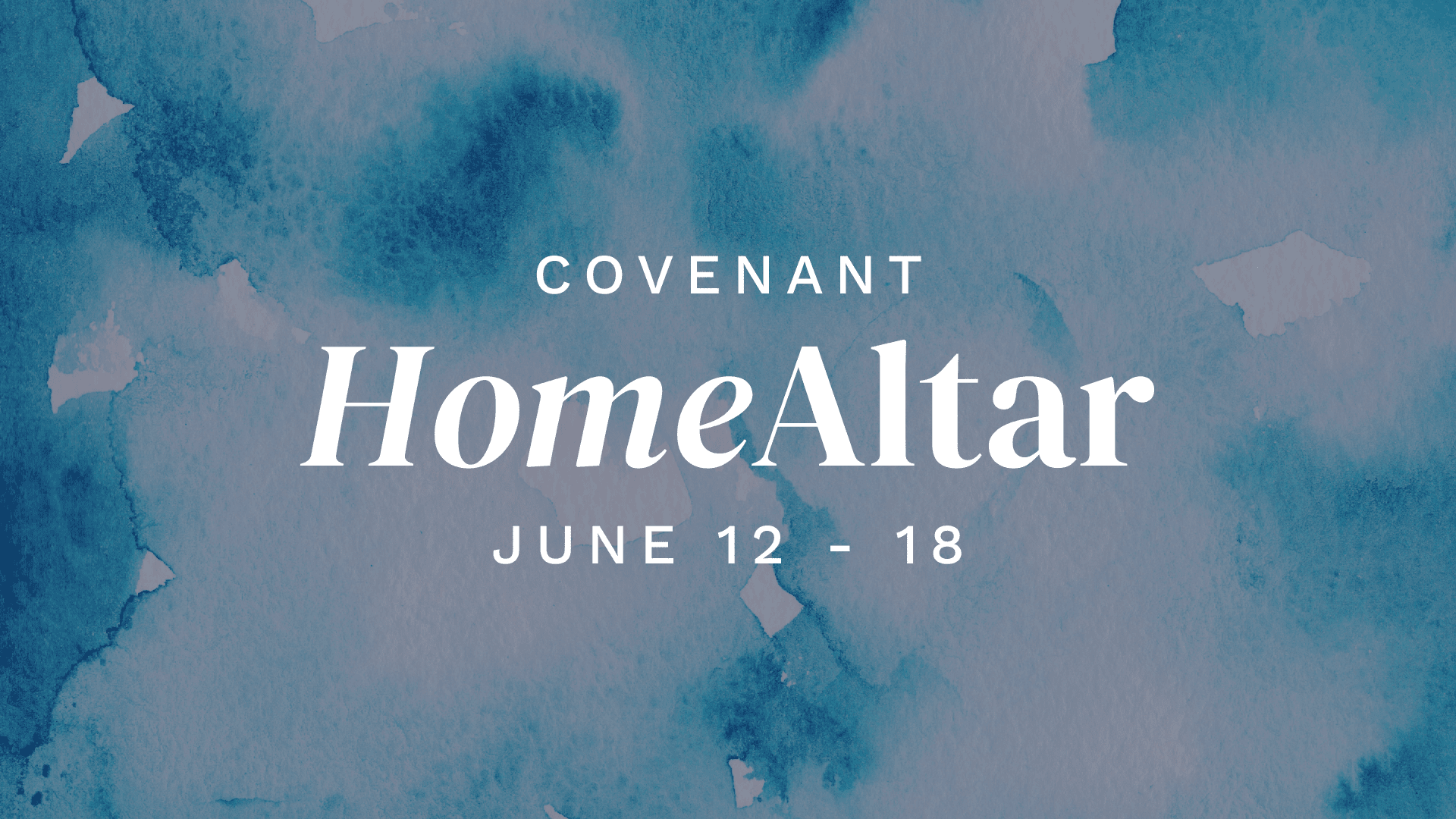 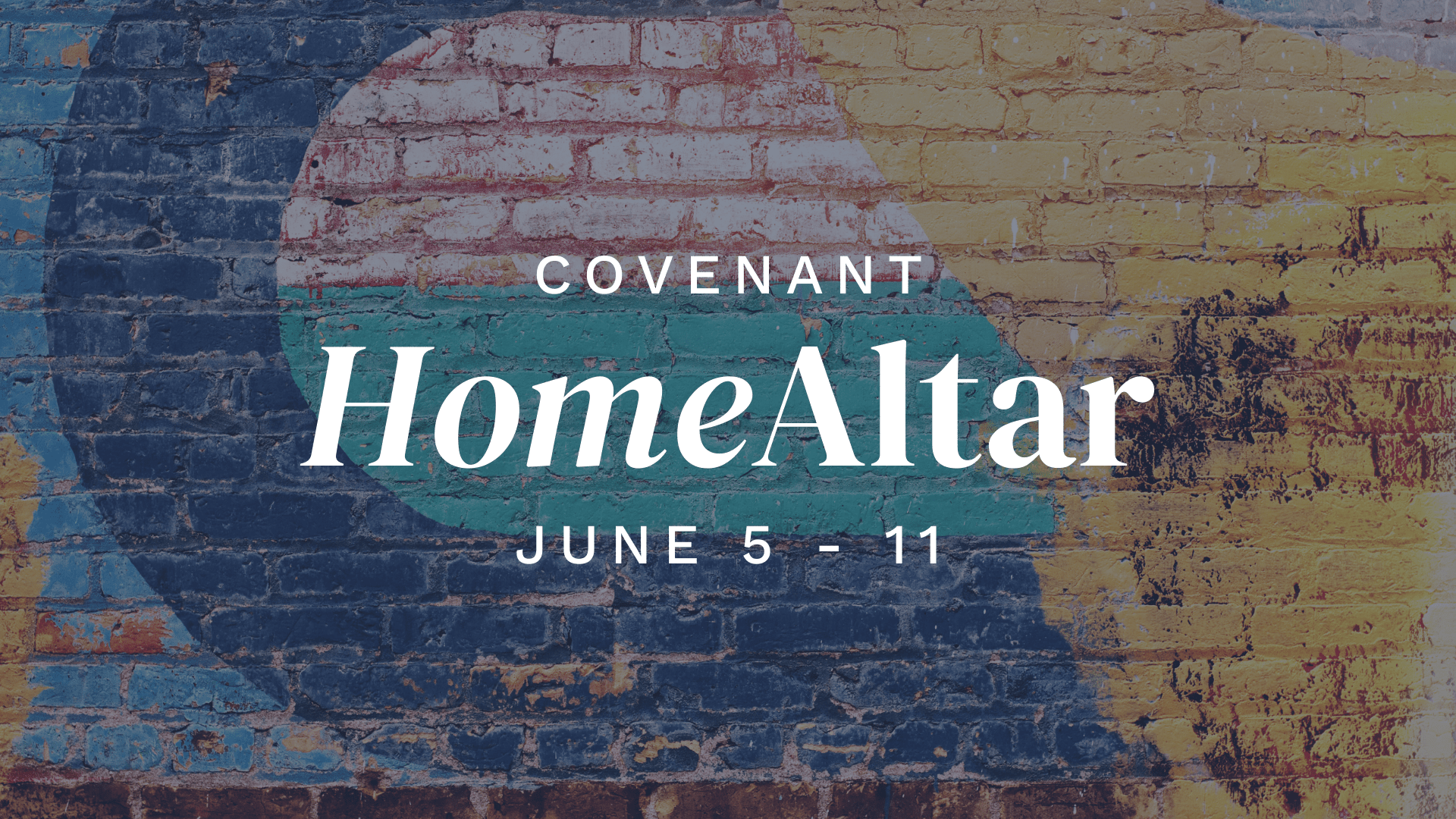 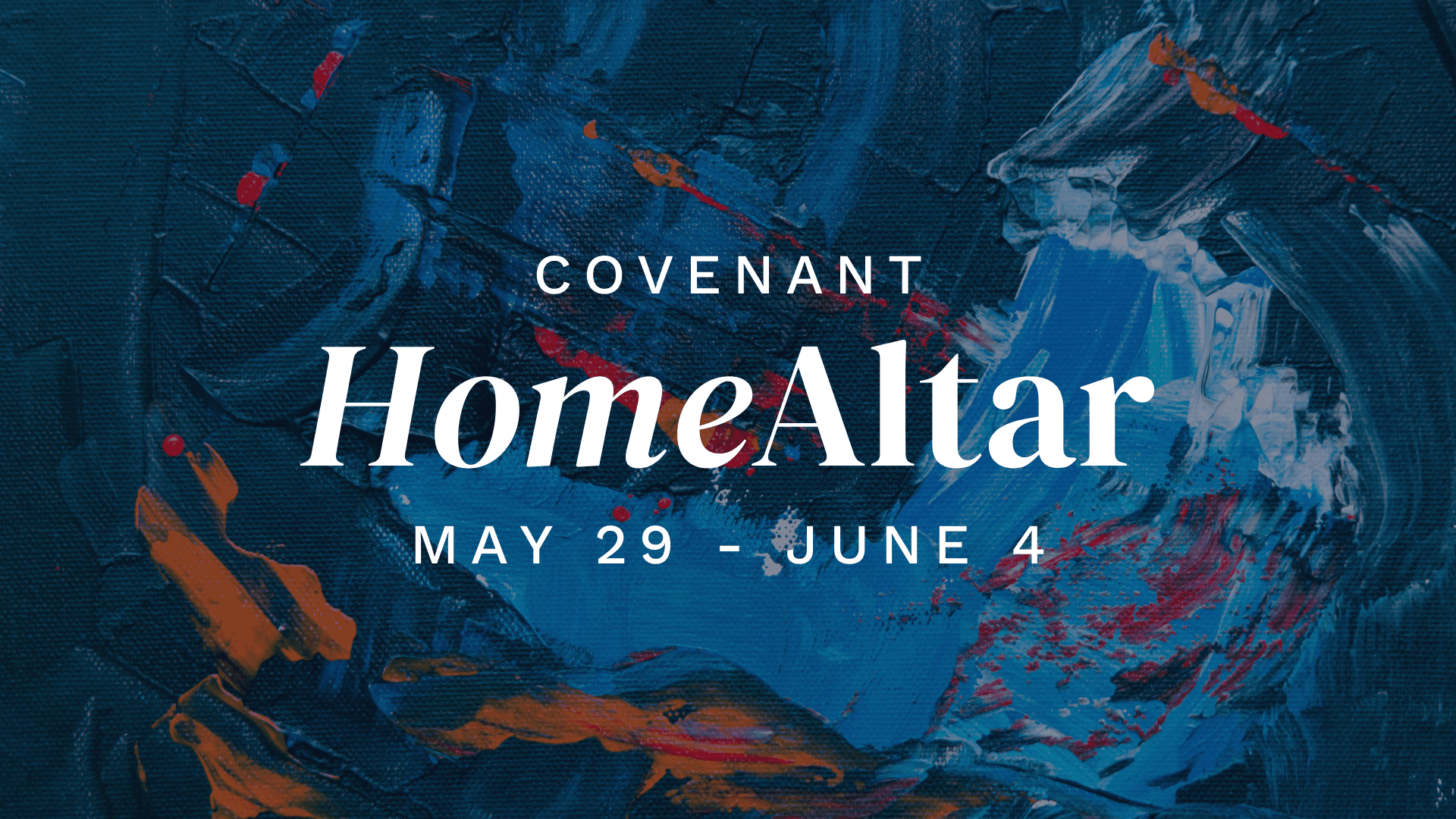