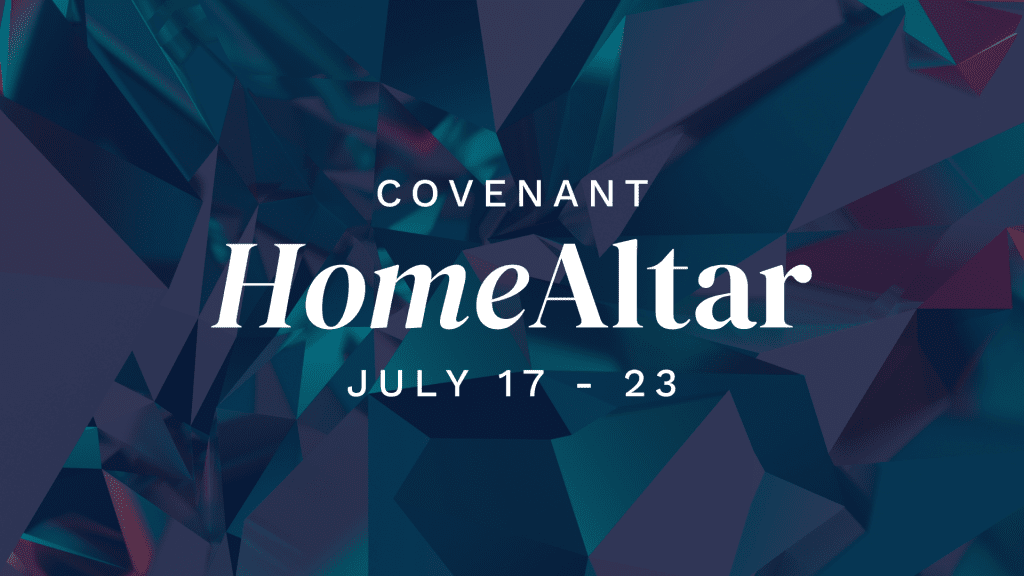 Listening to One Voice

Have you ever tried listening to several people attempting to speak to you at the same time? Rather confusing, isn’t it? You may be good at one-on-one listening, but trying to listen to more than one person at once is difficult, if not impossible. To hear them may be no problem, but to listen involves more than just separating one voice from another. When someone comes to you expecting you to listen, they want you to hear not only their words but also the feelings, the emotions behind the words. If there is pain and anger, they expect those feelings to be heard and respected—even if they are not truly understood. Even when we do meet people one-on-one, real listening is not always easy, for it demands focused attention.

Several voices can cause a scattering of our physical and mental forces. God knew this when he promised to send a single prophet to Israel. Listening to one voice produces wholeheartedness in service.

Lord, give our ears and hearts sharp focus to hear you speak. Amen.

Jesus was an excellent listener. He also worshiped his Father in a way that every Christian would do well to imitate. He had a way of listening to people that could truly set them free to worship. That’s not an easy thing to do, but we would do well to learn to listen to others in a way that does not let moral issues get in the way.

Notice the tender, caring way in which Jesus both listened and reacted to the Samaritan woman when she responded to his command to go home and call her husband. She said, “I have no husband,” and he replied that indeed she didn’t but she had had five husbands, and the man she was living with was not her husband. Not even the slightest hint of moral judgement in word or tone. Mighty, Counselor, Prince of peace indeed.

Lord, help us to listen to people in ways that help them to worship you. Amen.

A popular saying is that “the path to hell is paved with good intentions,” but that does not mean good intentions are to be neglected or ignored. Israel had good intentions and wanted to know if their intentions of orthodox ritualistic sacrifice were enough to satisfy the righteousness of God. The answer to the question (v. 8) implies the validity of ritual as a fulfillment of God’s demands. To do justly is certainly to obey the legal side of the covenant.

But the injunction is to love rather than merely to practice loyalty. There are paths and there are paths to paths. God’s response to Israel’s question speaks of sacrifice beyond the sacrifice that was spoken of by Israel. God challenged his anointed people—as he does us—to engage him in dialogue; to speak, but first to listen, for the path to holiness is to be discovered by listening to instructions (v. 1) and then following them.

Lord, the entrance of your Word gives light. May we listen to you and thus be guided. Amen.

Listening: A Way to Remember

It is tempting for modern-day men and women to think that we live only in the present, and although the past may have some fascinating attraction, the past is really over and done with and recalling it has little value. But learning to listen to what the past has to say may indeed be a way of remembering a part of ourselves we need to remember very badly. I heard a man say recently, “I grew up in a period of time when human inhibitions were stronger.”

Paul, in this letter to Timothy, speaks of being reminded of the sincerity of his faith, a faith that was alive in Lois, his grandmother, and Eunice, his mother.

John W. Drakeford says that the most debilitating social disease is attention deficit disorder. Perhaps in no way is this more true than in our inability to listen to the elderly among us. Listening to them, among other things, may include remembering more powerful moments of faith that we have had and wish to have again.

Lord, help us to listen to the wise old voices among us. Amen.

Listening: A Mark of Wisdom

John W. Drakeford in his book The Awesome Power of the Listening Heart says, “Those who learn to listen, listen and learn.” When one learns to listen, a wisdom is acquired that goes beyond the ordinary scope of learning.

The people of Israel were destined to become a nation of wise people. That wisdom was based upon their ability to listen to, and obey, God’s statutes. Moses told the people that he had taught them statutes and laws as the Lord commanded him. He said, “You must observe them diligently, for this will show your wisdom and discernment to the peoples” (v. 6, NRSV).

Christian people who learn to listen to the voice of God learn, not for the sake of learning alone but to demonstrate to the world in which we live that there is a wisdom beyond the wisdom of the world.

Lord, teach us that to listen to you is among the wisest things we can do. Amen.

When George Washington Carver, famous black scientist, appeared before a committee of Congress, he was asked how he had made so many remarkable discoveries about horticulture. His response: “I get up early in the morning, and I go out into the woods and listen for the voice of God.” Carver took listening to the voice of God very seriously.

When Moses finished speaking to the people of Israel, he said: “Keep in mind all the words I am solemnly proclaiming to you today; you must command your children to observe carefully all the words of this law. For this is no idle word for you—it is your life!” (vv. 46-47, NIV).

If we learn to listen, all sorts of things will happen. We will become better spouses, better family members. If we learn to listen well, it may be true of us, “Your ears shall hear a word behind you, saying, ‘This is the way; walk in it’” (Isaiah 30:21, NRSV).

Lord, if we hear your voice we are blessed indeed. Amen.

Listening to the Source of Light

Some years ago I was involved with a group called the Light Bearers. We would go into hospitals on weekends to visit patients. After making individual calls on patients we would gather them in their wheelchairs and take them downstairs to the chapel for Sunday morning services. Some of us would testify to the power of God’s grace in our lives. A few would sing, and someone would always deliver a sermon.

People might think the name “Light Bearers” was presumptuous, for who indeed can claim to have “the light”? But the psalmist tells us how
it can be done—through union with God and by following the way of
the good. “For with you is the fountain of life; in your light we see light” (v. 9, NRSV).

Lord, bathe us with thy light so that we may be genuine bearers of your Spirit. Amen. 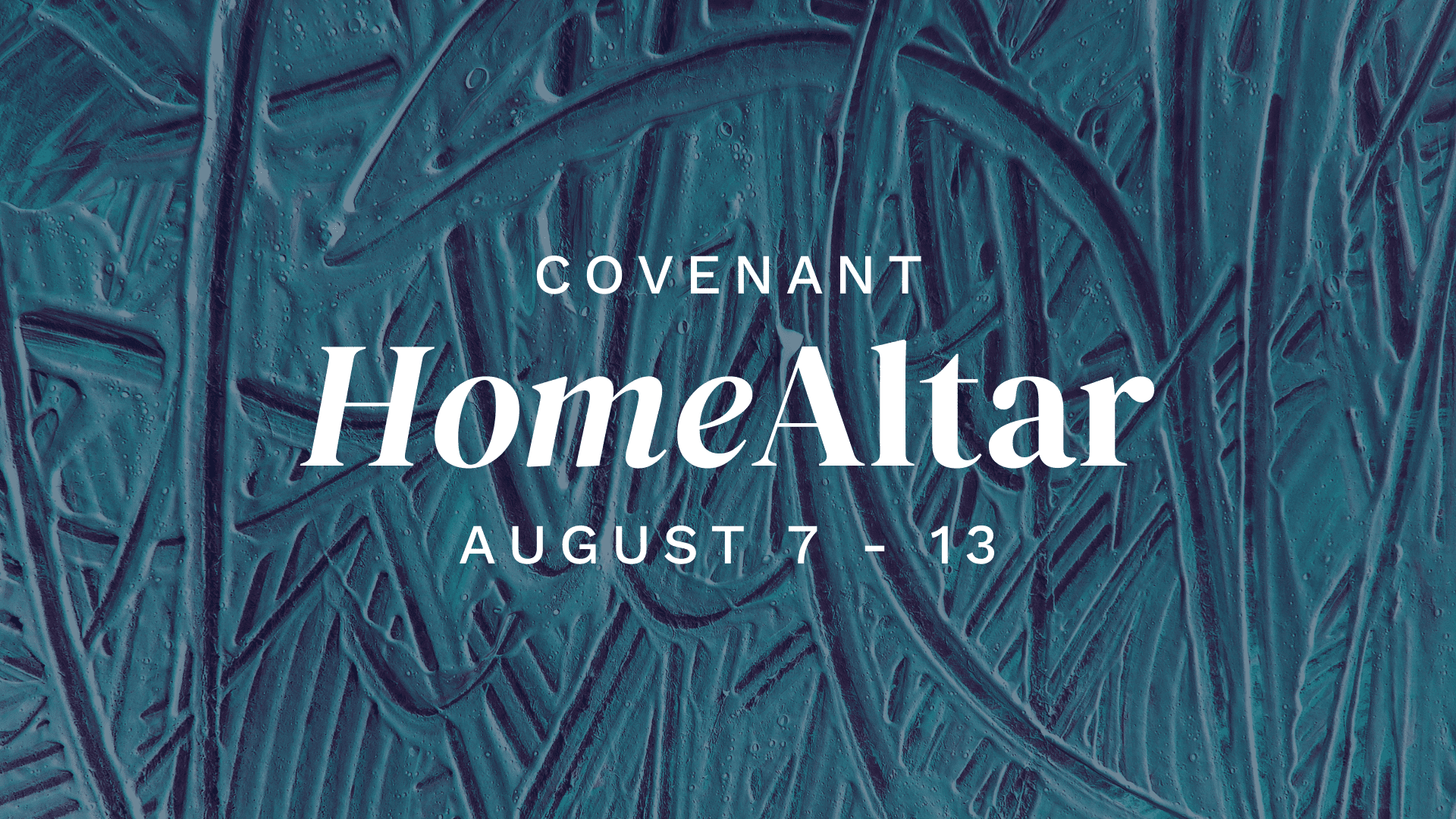 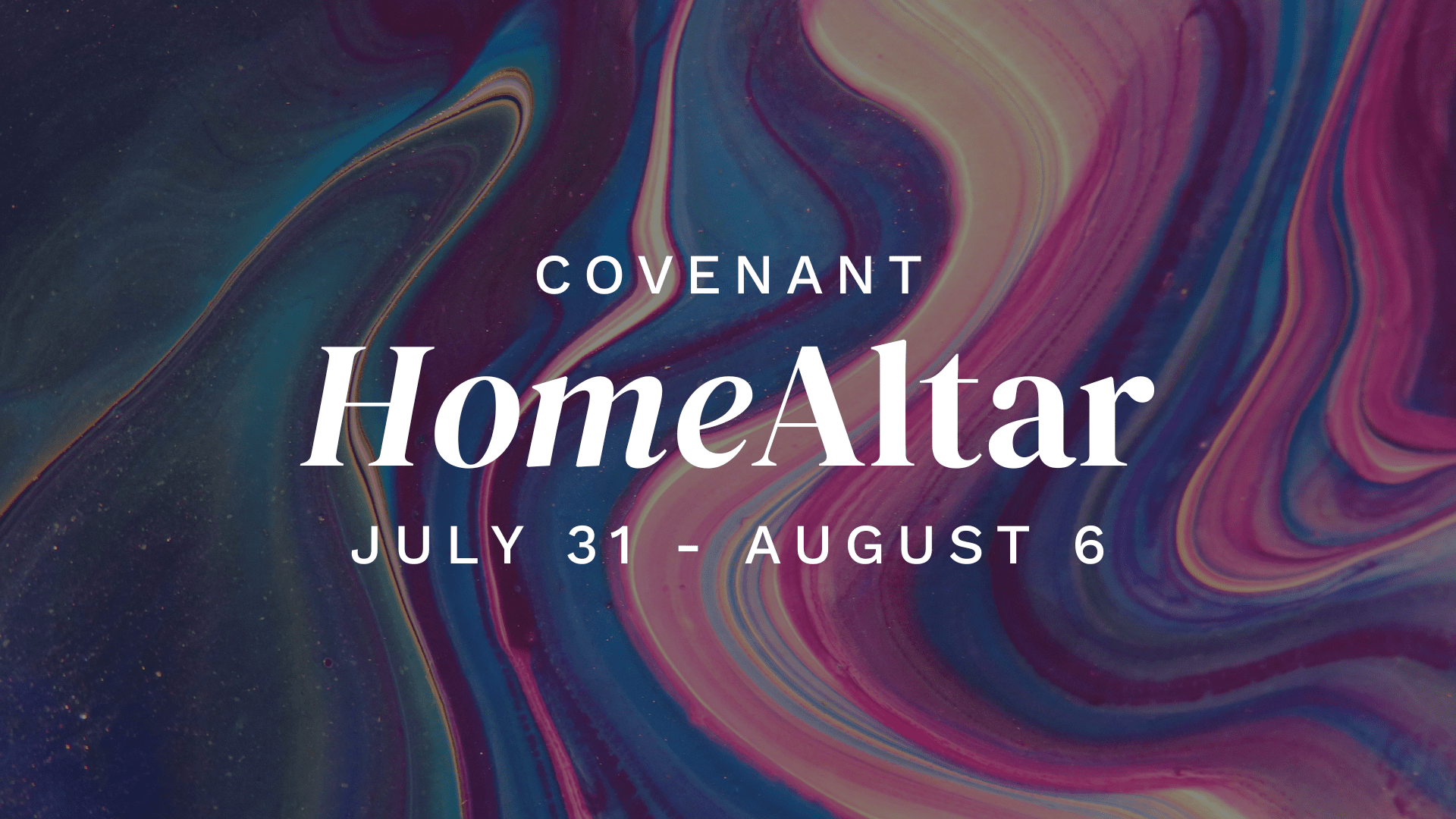 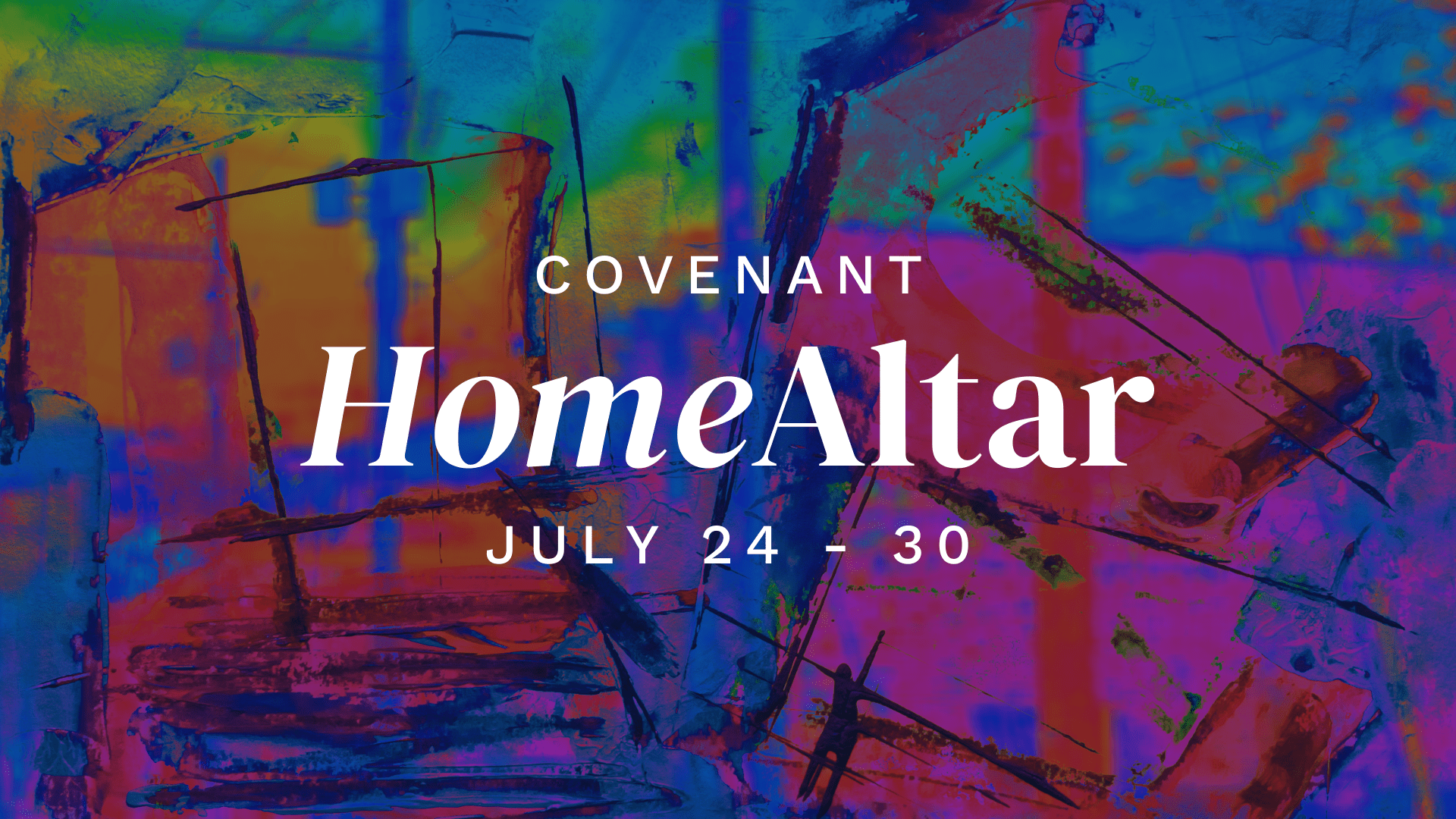 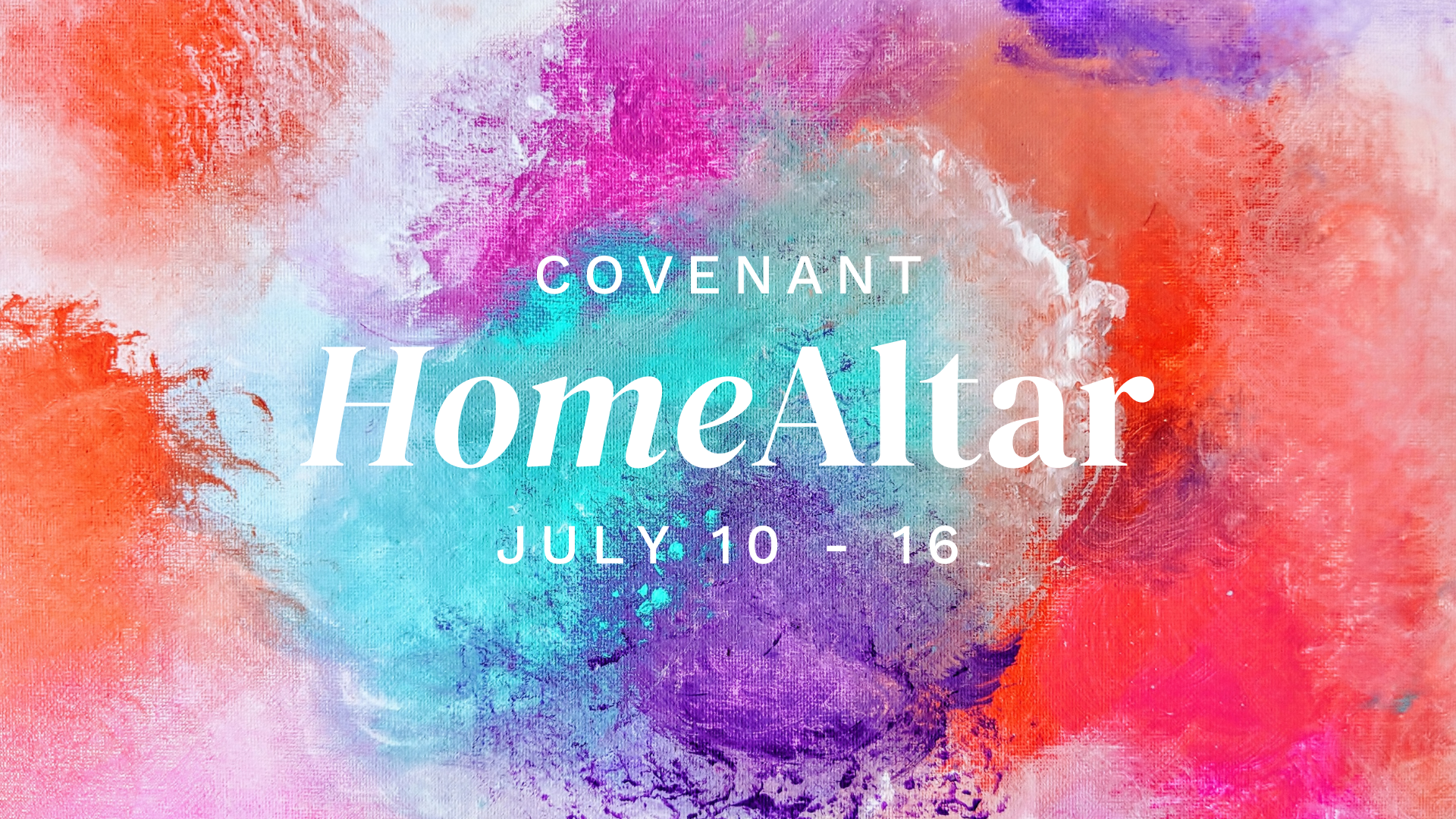