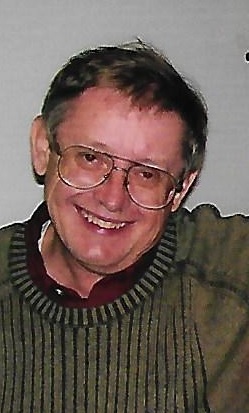 Dan was born September 10, 1952, to Edward and Olga Edwards in Wadena, Minnesota.

In 1973, Dan joined the Air Force where he served as a weather forecaster and served in Turkey and Germany as well as many places in the U.S. After the military earned a master of divinity degree from North American Baptist Seminary in Sioux Falls, South Dakota. He was ordained in the Covenant in 2000.

Dan was an avid reader and co-authored a book with his cousin Chris Andreas, The Doubters Testament. He loved to watch the deer in northern Wisconsin, and he loved music. When he was a child, his family would sing together accompanied by his mother on the piano. Later, he was a member of the Quartet Barbershop and sang with Adrienne.

He is survived by his wife, Adrienne, of Waupaca, Wisconsin; and siblings Susan Richards, Paul (Michelle), Lee (Linda), and Sharon. He was preceded in death by a sister, Jane Stark.

A memorial service was held on July 7 at St. John’s Lutheran Church of Nekimi in Oshkosh, with military honors following the service