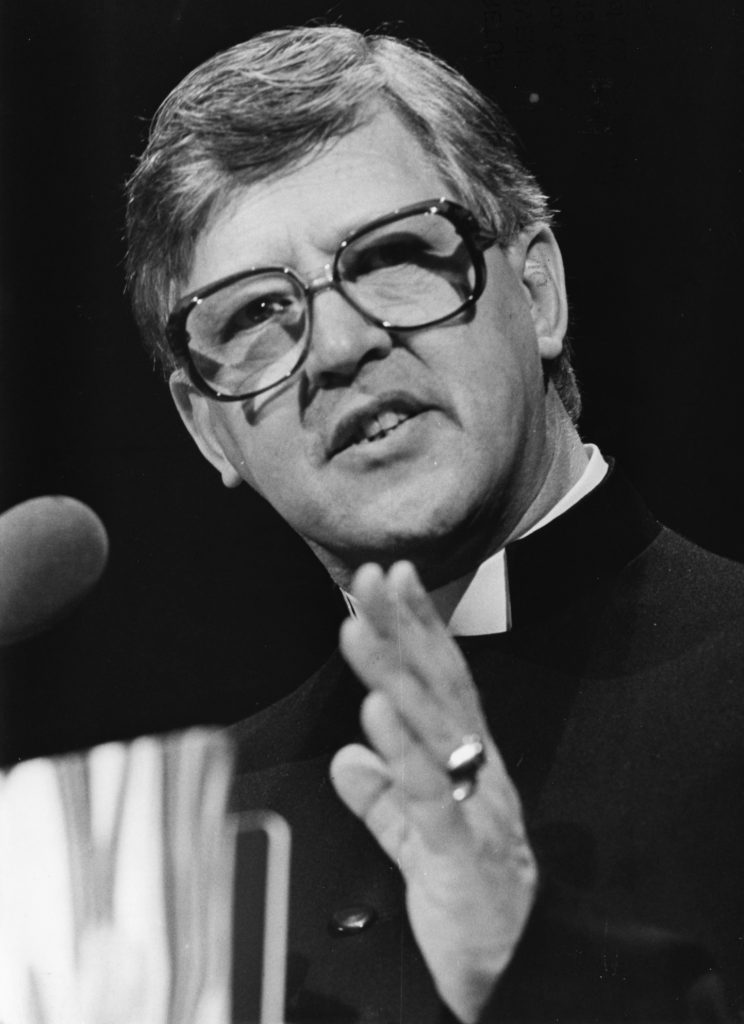 He was born on May 8, 1928, in Gothenburg. He grew up in the missionary congregation in Redbergslid (Göteborg).

After graduating as a primary school teacher in 1950, Walter continued his studies at the mission school on Lidingö together with his fiancée, Gunnel. After they married, he studied French in Brussels before leaving for the then-Belgian Congo, where they worked as missionaries from 1954 to 1961. They were forced to go home earlier than planned due to unrest in the country.

After returning to Sweden, Walter worked as a secretary at SMF’s teaching department. He was also the leader of the Swedish Sunday School Council and editor of several magazines, such as Lärarnytt, Söndagsnytt, and Barnavännen.

While in the Department of Education, Walter was involved in the World Council of Churches’ study committee. During that time, he became acquainted with the Brazilian educator Paolo Freire, who for a time worked in Geneva at the World Council of Churches’ offices. The collaboration and friendship with Freire meant that several of Freire’s books, including the most famous, Pedagogy for the Oppressed, were translated into Swedish and published by Gummesson’s book publisher, which was owned by the Mission Covenant Church of Sweden. Freire’s pedagogy thus had a strong impact both in Swedish society and in the church.

As director of the international mission, 1976-83, Walter gained much importance, among other things through his solid knowledge of the two Congolese republics, but also through managing the legacy of previous mission contacts, such as China, where he paid an early visit in the early 1980s. Contacts with India, Japan, and Ecuador were also very important.

In 1983, Walter was elected leader of the Mission Covenant Church of Sweden and served in that role for 10 years. His solid experience in teaching and international mission left its mark on his work. Ecumenical talks were held intensively with the Baptist Church and the Methodist Church in Sweden but did not lead to closer cooperation during that time.

Walter was also strongly involved, both as president and general secretary of the International Federation of Free Evangelical Churches (IFFEC), an association of the Missionary Church’s sister churches around the world, primarily in the United States and Europe, but also in Latin America and Asia. The organization was formed after World War II in 1948 to enable clearer cooperation between Free Evangelical and Covenant churches. Walter made a strong impression on IFFEC by writing its history in the book Free and United, which was published by Covenant Press ahead of IFFEC’s 50th anniversary in 1998. The book was also published in German.

After his retirement, Walter committed himself to the Republic of Congo as its consul in the Nordic countries. Together with former refugee from Congo Brazzaville in Sweden, André Hombessa, he established the Embassy of the Republic of Congo in Stockholm, which was important, not least for contacts with mission friends and the churches in Sweden and Norway, which have had an

d have a large commitment to Congo Brazzaville.

Walter was a warm, humble, generous, and encouraging person, who was an example to all who met him and collaborated with him.

He was preceded in death by his son Per-Gunnar.

He is survived by his wife, Gunnel, and children Anders, Tomas, and Jonas.