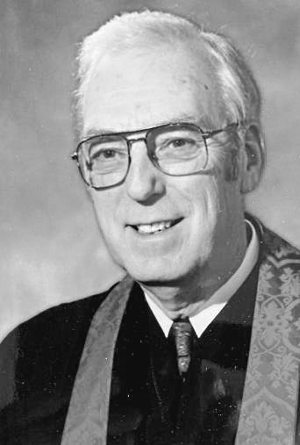 Richard was born in New Haven, Connecticut, on May 25, 1928. After finishing at Hamden High School, he graduated in 1950 from Dartmouth College in Hanover, New Hampshire, with a liberal arts degree focusing on music and languages. That same year he married Barbara Lois Bradley.

After graduation, Richard worked for U.S. Electrical Motors in Milford, Connecticut, then as an engineer in Northampton, Massachusetts. During his time there, he came to faith in Christ, and after a few years felt called to pursue a seminary education. The family moved to North Carolina so he could pursue a doctorate in biblical studies at Duke University. While there, he was ordained into ministry through the Methodist Church. After serving as a pastor, he became chaplain and professor of religion at Pfieffer College in Misenheimer, North Carolina.

Richard and family moved to Portland, Maine, where they remained for 45 years. While there, they planted a church that eventually became Christchurch Evangelical Covenant Church, and Dick transferred his ordination to the Evangelical Covenant Church. After his retirement, he served as executive director of the Bible Society of Maine. Later, he did interim pastoral ministry at several churches throughout Maine, Connecticut, and Florida. He also served as chaplain on several Holland American cruise ships. In 2014, he and Barbara moved to Ashlar Village in Wallingford, Connecticut.