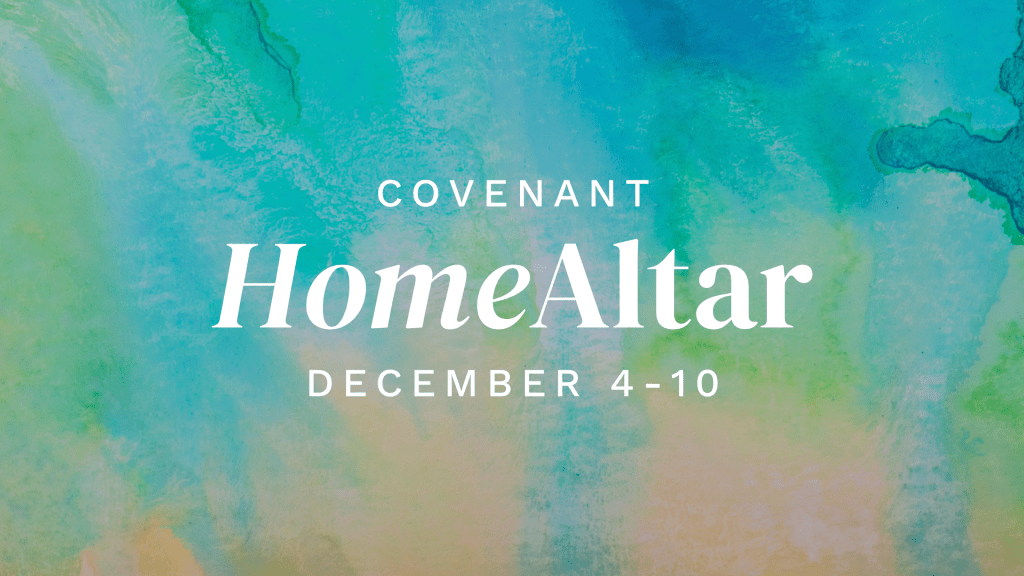 A Season of Restoration

My mother would often say, “If you haven’t had a storm in your life, wait a while.” As a child, I did not quite understand the significance of this statement. Now as a “seasoned” adult, I am keenly aware of the substance these words held as I have walked through significant loss and devastating pain.

Israel knew the sting of enslavement in Egypt and the pangs of exile in Babylon. Isaiah reminds them that there was a promise even in moments of complete despair. The Messiah would arise from what seemed dead and unfruitful. He was able to bud from a stump to restore the roots.

In this season of Advent and expectation, the Lord is speaking. He reminds us that there is a promise, and new life is sure in Jesus.

Lord, restore our hope of fulfillment of your promise in our lives. Amen.

PRAYER FOCUS: TO BE A LIGHT TO THE WORLD

We do not have to look far to see a headline or breaking news report that brings us to tears. The ever-increasing violence and disregard for the imago Dei that resides in all of God’s creation bombard us. We cannot help but recognize the wealth gap that leaves the little ones suffering around the globe. The state of our world most certainly grieves the Holy Spirit.

Yet God does not leave us hopeless. We anxiously await the day when nature is transformed, and the original intention of our Creator will be evident. This plan will establish the most vulnerable of our world, a child, to lead the most feared of creatures. The world will be righted, as it were. That is our hope.

Lord, help our holy imagination to be ignited amid the current chaos.
May we see as you see so that we may participate in your plan. Amen.

I love a good debate. Give me a soapbox, and I will stand on it. In my early days as a Christian, I brought this approach to telling the “lost” about Jesus. I could see sin at every intersection—and point it out. I used the Bible as a weapon for every argument I encountered.

I was the weak one that Paul speaks of in Romans 14:1. I was so unsure of my salvation and the grace given to me that I pulled out the measuring tape, legalized every move I made, and held everyone else to that poor estimation of God’s approval.

I am grateful for the mature saints who did not debate with me over doubtful things but instead loved and accepted me. Their acceptance removed stumbling blocks as they censored their own behavior and did not debate mine. I learned the character of Jesus through their actions. They did not compromise the principles of the Word but made room for me to grow in God’s love.

Lord, grant us wisdom to sow peace with others, to lay down our liberty for another. Amen.

PRAYER FOCUS:  PASTORS AND THEIR FAMILIES

Fifth-grade orchestra: those words evoked both pride and terror. My son auditioned and chose the viola. The initial sounds were frightening, and the first recital was an experience only parents could appreciate. As the year progressed, however, the screeches became notes, notes became melodies, and simple recitals became concerts. The fifth-grade orchestra became a cohesive body, different instruments played with purpose, and harmony was no longer a foreign concept. What was the secret? Time, practice, and working together.

Paul prescribes a similar formula for the church at Rome. The orchestra’s example was their fallible band director, but the church’s example was the sacrificial life of Christ. Christ Jesus took on the reproach that belonged to us and, in turn, asked us to spend time together, practice a life of preferring others, and work together to reach the world. Different personalities living out purpose will begin to strike the right chord, and kingdom living will be the harmonious result.

Lord, may your love be a light and lead us to love our neighbors. Amen.

A Call to Hope

I spotted a gentleman from our weekly outreach to our roofless neighbors on West Bay Street. We made eye contact, and he quickly lowered his gaze. I called him by name and greeted him with my usual enthusiasm. I introduced my husband, and we shared a conversation. Next week at outreach, he told everyone that I was the same person “on the street” as at church. Jesus took on circumcision and lived as a Jewish man. He respected the customs yet used his obedience to fulfill the promise to the Gentiles. He engaged in bold conversation with the Syrophoenician woman, opened the understanding of the Samaritan woman, and healed the servant of the centurion. Jesus offered glimpses into the words of the prophets as they proclaimed that he would be the hope of the Gentiles. Jesus is calling us to share his hope with those on the margin. He wants us to be consistent God-carriers, willing to step outside society’s norms and bless his beloved creation.

Fill us with all joy and peace in believing, so that by the power of the Holy Spirit we may abound in hope (v. 13). Amen.

A Call to Prepare

When your three-year-old grandchild asks for a map, it’s time to listen to what comes next. Cairo wanted to see her Pop Pop’s location on the map because he was not home. Upon considering her request further from a spiritual perspective, I realized that her Pop Pop mattered so much to her that she needed to investigate and know where he was. I was so moved that I took her to see him at work.

Are we curious enough to investigate Jesus’s whereabouts in this world? Are we in awe of him the way John the Baptist was? Let us prepare the way so that others may find him.

Lord, you matter to me. Give me grace to prepare the way for you in my life. May I always reverence your holiness. Amen.

I recently had lunch with friends I had not seen in years. We reminisced about our time together at church during the late 1990s. I was in the choir during that time, and my friend reminded me of a solo that I sang. He stated that he always knew the Holy Spirit would move when I sang it. He didn’t know that I was terrified to lead that song and felt woefully inadequate as there were so many who could do better. I would pray intensely each time for God to empty me, receive my worship, and be glorified. My friend said, “It worked!”

The psalmist realized that the human king deserved respect, but the King of kings deserved total reverence. So here, the king worships the King of kings! Worship is not about us; it is in recognition of the One who is greater than any other.

Lord, accept our praise. This season and every day are for your glory!
Empty us and receive our worship. Amen.

PRAYER FOCUS: THOSE WHO ARE UNNOTICED AND OVERLOOKED 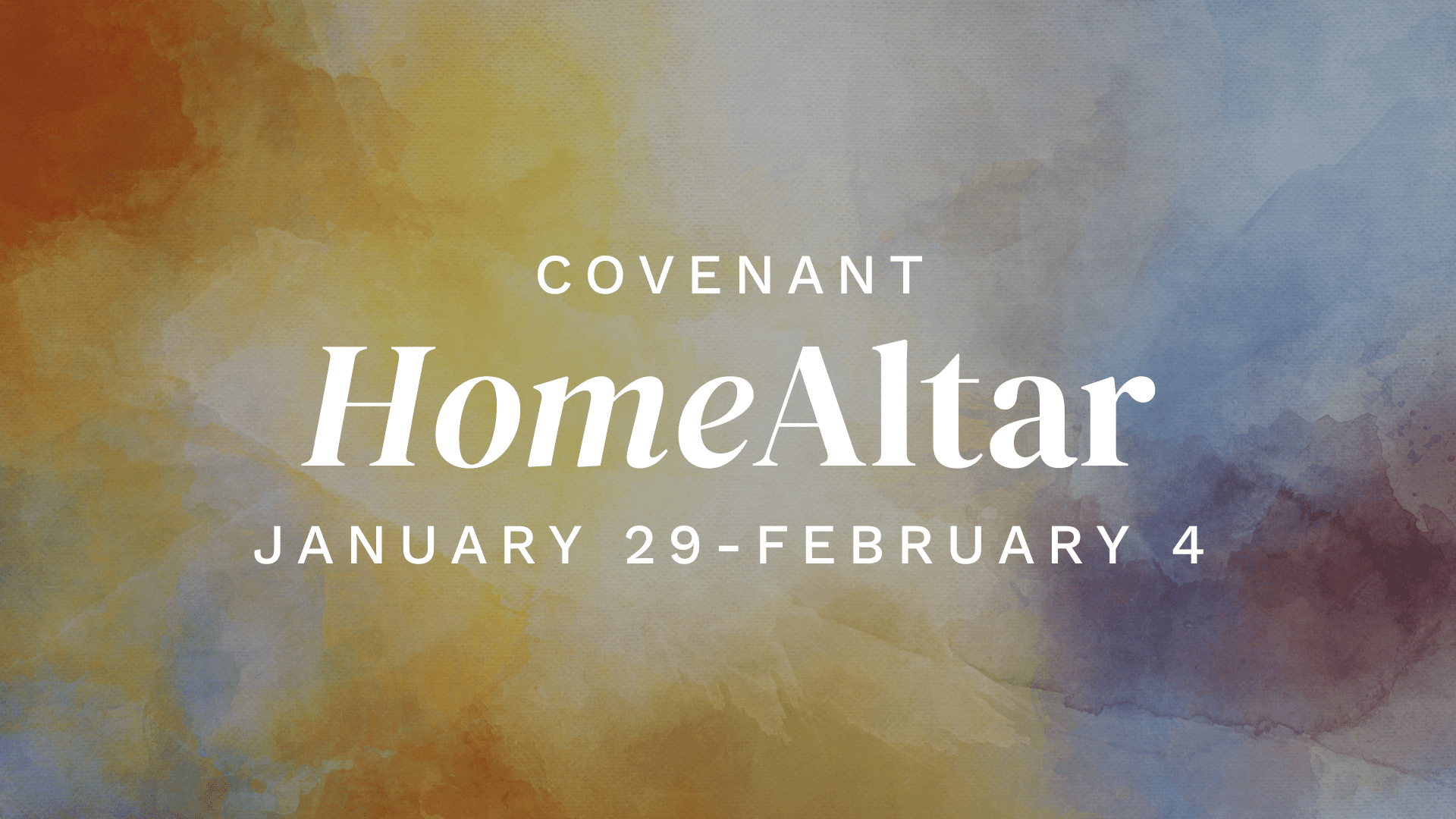 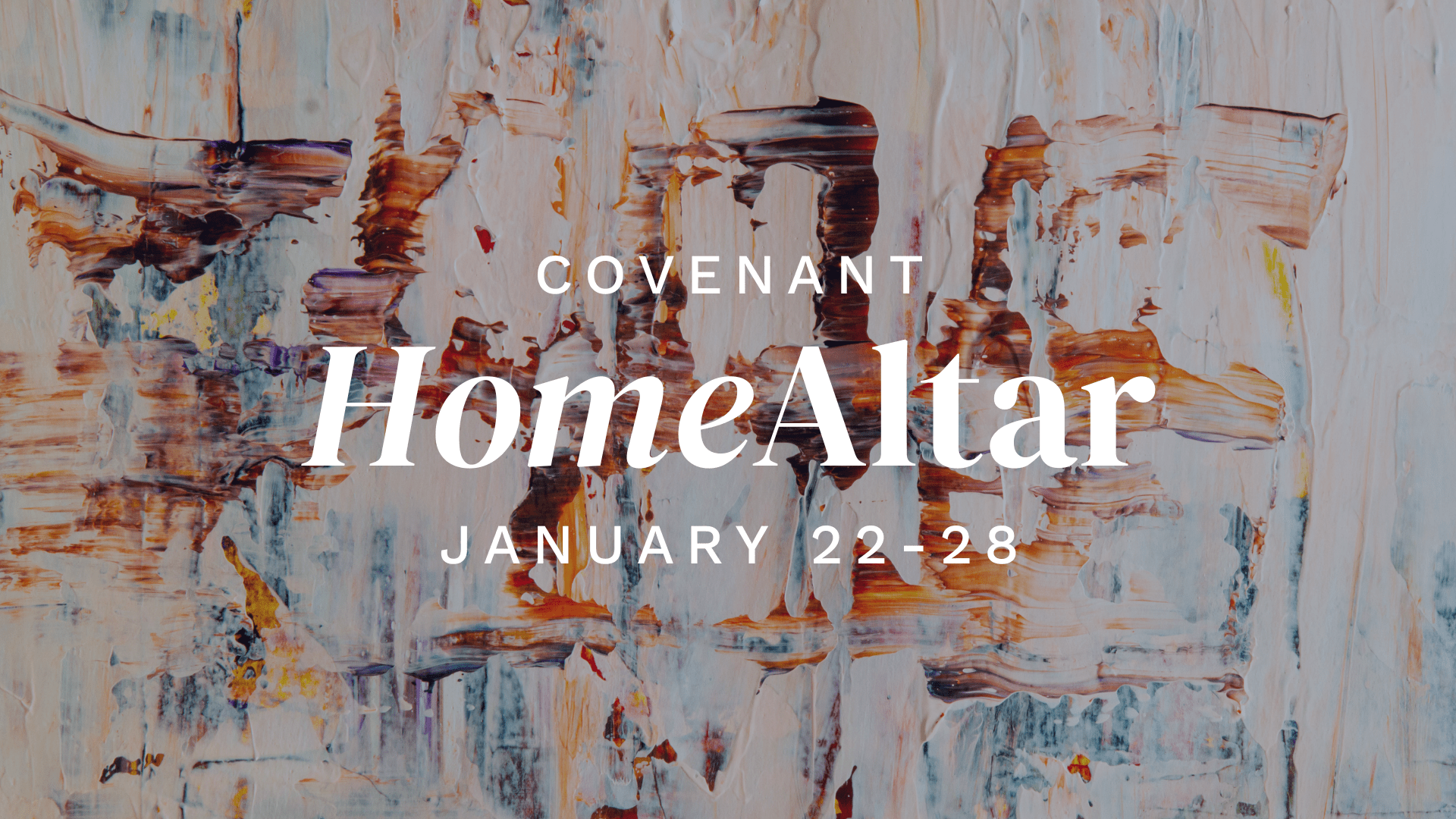 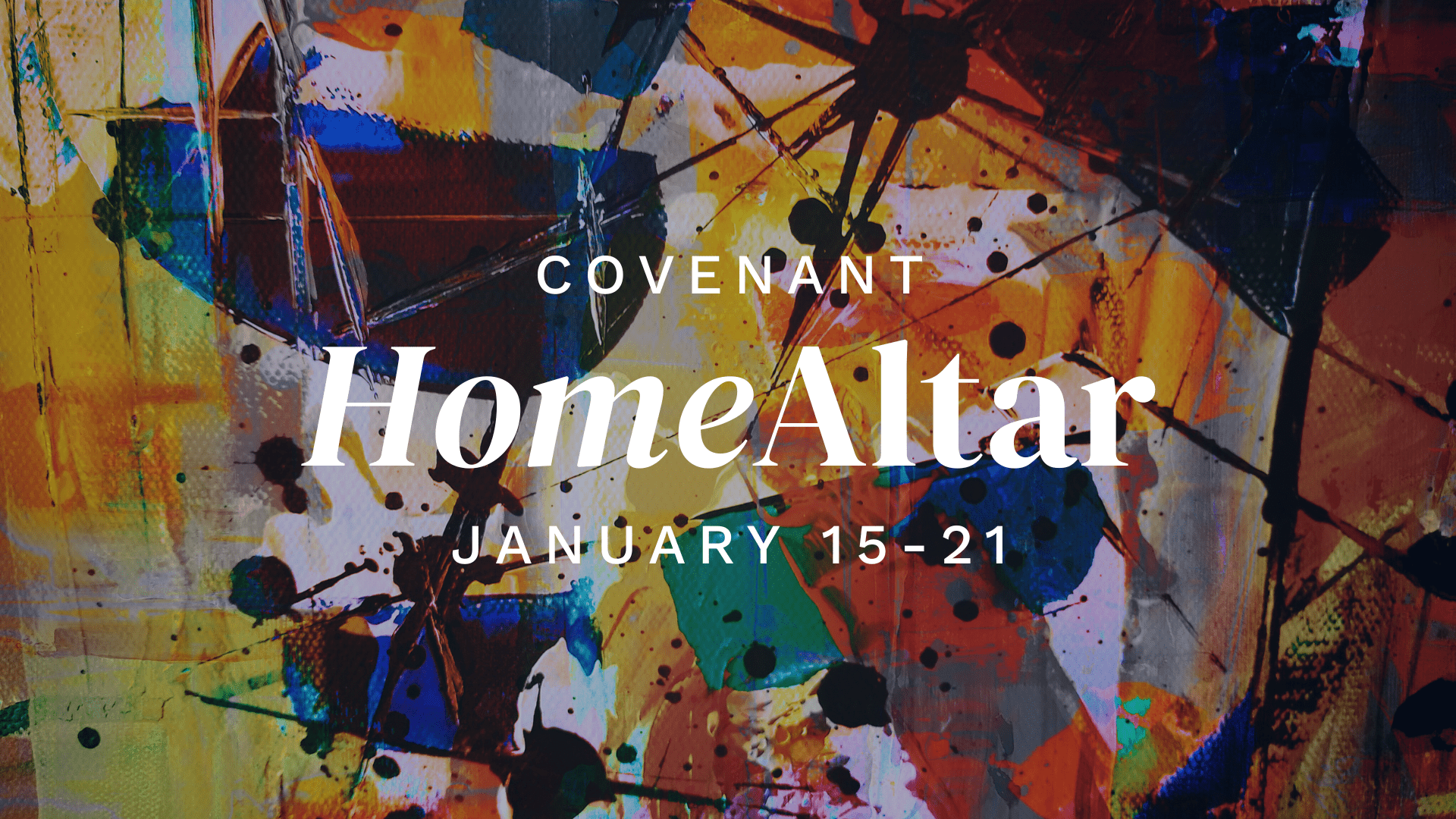 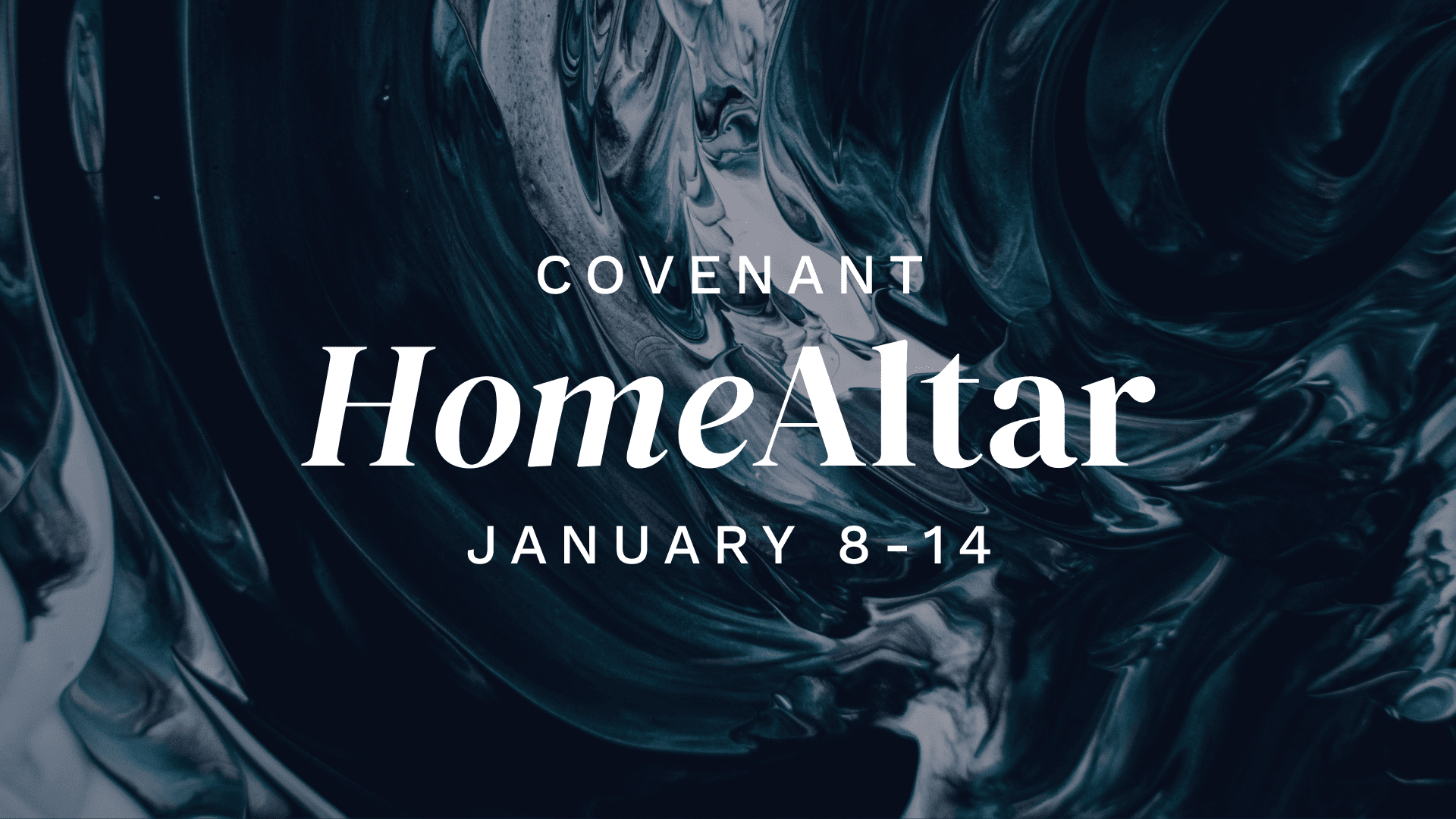