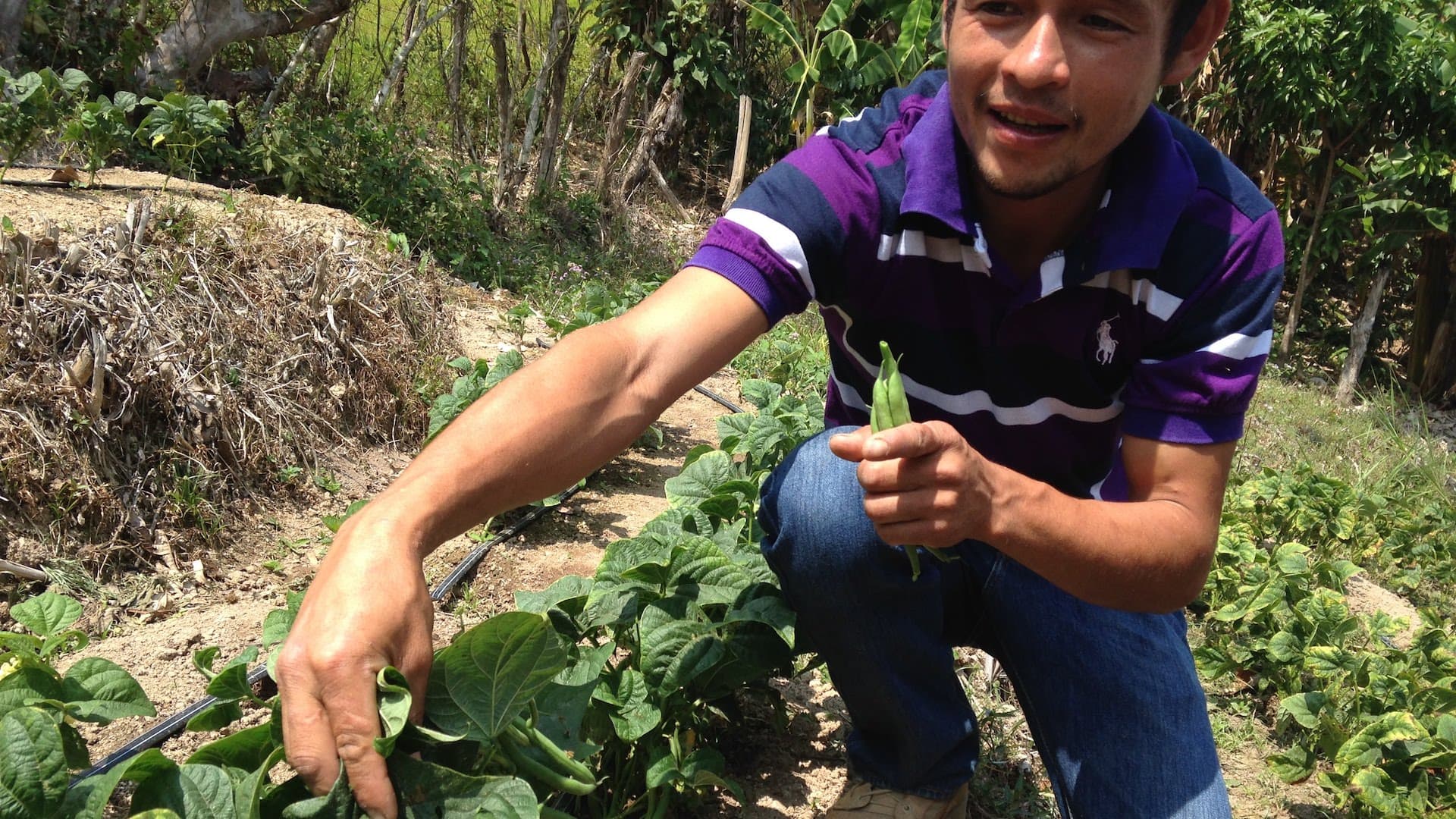 For most people living a middle-class existence, hunger is a temporary condition—easily dispatched by a quick trip to the fridge, or if necessary, the grocery store. But for people in under-resourced communities, hunger is a burden that overshadows their everyday existence. That is the plight of 828 million people across the globe, according to latest reports from the World Health Organization. Since recent estimates of the global population exceed 8 billion, that means nearly one in eight people worldwide suffer from hunger.

Across the world, people are trying to solve this problem, many of them connected to the Evangelical Covenant Church.

Covenant ministers Adam Edgerly and Eugene Cho are both working to try to end hunger. Edgerly serves as director of Covenant World Relief & Development, which works to connect local churches with international relief organizations and initiatives. Cho is president of Bread for the World, an advocacy group that focuses on policies that can help end hunger in the United States and around the world.

Edgerly says his work through CWRD flows out of his experiences as a pastor, navigating different understandings of what God requires of Christians around issues of justice, equity, and resource, such as hunger or disaster relief. Some commands in Scripture apply to individuals, others to families, still others to groups like churches, and finally some commands are for nations. The challenge is in navigating that tension, especially when it comes to following God’s leading.

“When Jesus says, ‘Love your neighbor as yourself,’” says Edgerly, “he made really clear that the neighbor is often someone who’s not like you, someone you would be reluctant to help. But that individual emphasis contrasts with the story of the widow in 2 Kings 4, who was instructed by the prophet Elijah to go to her neighbors and gather jars into which she was to pour oil. In her case, the supernatural deliverance came through the collective actions of people around her. The miracle wasn’t simply individual, but also communal.”

This emphasis on communal action is consistent throughout Scripture, Edgerly continues. It can be seen in Acts 2, where the believers in the early church pooled their resources in order to help those who were in need. It can be seen in Leviticus 19:9, where the people of Israel were instructed not to reap from the edges of their fields, or to go through their vineyards twice to pick up fallen grapes in order to set aside that harvest for the poor.

These big-picture commands and policies do not negate our individual responsibility to act justly and live prudently, but they do provide context and three-dimensionality. They prevent injustice from taking root through collective indifference or inaction. Most important, they help us generate compassion for one another.

In his role, Edgerly has been involved in partnerships with organizations responding to the needs of people suffering because of Russia’s ongoing war on Ukraine. He says he is deeply grateful for the outpouring of public support to help feed refugees. He is also motivated to help remind people that hunger and disaster relief from war is a need around the world—ongoing global conflicts affect issues of hunger and food insecurity.

As much as Eugene Cho acknowledges personal responsibility as a necessary element of Christian discipleship, he understands that when policies are signed into law, greater magnitudes of people can be helped. It’s his job, therefore, to be a good neighbor to anyone in need by representing their interests to legislators. When it comes to advocating for policies that help bring aid to the hungry, he’ll work with whoever will listen and regularly draws support from both Republicans and Democrats.

“At Bread for the World, we like to say that we’re a nonpartisan organization working in bipartisan ways,” says Cho. “We have that focus for two main reasons—first, because with a partisan lens, there’s an assumption that in a broken system, one party has all the answers. But more important, we know that if our legislation doesn’t have bipartisan support, then when there’s a change in administration, it ends.”

Cho says with advocacy work, it’s a challenge to keep one’s eye on the big picture because progress can take a long time.

“Right now there’s a bill that we’re expecting the president to sign in the next month, called the Global Malnutrition Prevention and Treatment Act.* We’ve been working on this bill for three years. Three years. I thought that was a long time until I was talking to a veteran of advocacy work in D.C., and she was shocked—at how fast we were able to do it.”

Perhaps the most important lesson, though, is that it doesn’t take a Washington insider to make a difference in the fight against hunger. For anyone who wants to get involved, Cho recommends a fourfold approach:

Donate to Bread for the World >>

* On Wednesday, October 19, 2022, the President signed into law H.R. 4693, the “Global Malnutrition Prevention and Treatment Act of 2021,” which authorizes the United States Agency for International Development to undertake efforts to prevent and treat malnutrition globally.