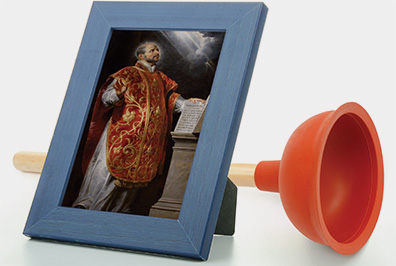 Lessons in living a life of gratitude

Grandma and Grandpa nearly always had someone living with them throughout their married life. When I was young there was an older gentleman we called “Pop” who joined us for family gatherings. In my middle childhood years, she took in a nephew—the son of her brother—during a difficult period in his life. During my early adult years, she cared for her mother, a diabetic who was bedridden and needed daily shots of insulin.

Although she “couldn’t carry a tune in a basket,” as she put it, Grandma often hummed and sang as she went about her household chores. She was a good storyteller, too, frequently telling me stories from my own childhood. Those stories, often marked by humor, had a powerful shaping influence, and she kept those early memories alive for me. Through those stories she embedded memories in me, reminding me that I had a significant place in our family.

Grandma’s life was also characterized by an adventuresome, can-do spirit. One day when she was nearly eighty years of age, she stopped by my mother’s house to tell her that her “rig” was packed and she was headed back east to visit family. That meant a solo road trip of nearly 1,500 miles from the state of Washington to South Dakota in her pickup with a camper RV attached to the back. In disbelief, my mother replied, “No, you’re not.” But Grandma shot back, “Oh, yes, I am—just watch me!” Then she turned on her heel, got into her pickup, and drove off.

Another road trip a few years later took Grandma along the Al-Can Highway stretching from the Pacific Northwest up into Alaska. This time she took along a few other relatives, who drove their own vehicles, and a companion who accompanied her in the rig. In spite of all the company, Grandma made it clear that she intended to do all her own driving—the entire way there and back.

That wasn’t the last big trip she took, but it certainly was a significant one. After she died, we discovered that Grandma had kept a journal throughout the trip. It was that journal that helped us uncover what lay behind her generosity. Throughout those travels Grandma made a point to write down five things for which she was grateful at the end of each day. I don’t know how long she had previously held to this practice, but she kept it after her return home to the retirement center where she lived. From her entries I learned that Grandma was grateful for the most mundane things. One entry reads: “I’m thankful for 1) the sunshine today, 2) a call from Marvel [my sister], 3) that Marvel is feeling better, 4) a visit from Helen [my mother], and 5) the plunger that Helen brought me—since a plunger can’t be found anywhere around this place!”

I’m sure that Grandma knew herself well. She was likely aware of her inclination to get angry when her road companions didn’t start out early enough in the day to suit her. She counteracted those tendencies by choosing to focus on gratitude.

As it turns out, Grandma was a woman ahead of her time. Recent research studies indicate that gratitude—for things both large and small—contributes positively to our well-being, our wholeness, our happiness. We now have scientific evidence that gratitude produces health benefits. Grandma surely couldn’t have known this, could she? I wonder. Perhaps she didn’t need the research to convince her. She had both her own experience as well as the truths spelled out plainly in Scripture. Perhaps her own experience simply reflects the wisdom found in the book of Proverbs. “A cheerful heart is a good medicine, but a downcast spirit dries up the bones” (Proverbs 17:22).
I’m quite certain, though, that Grandma didn’t know of a Christian man named Ignatius who, during the early sixteenth century, developed a series of prayerful biblical reflections, called Spiritual Exercises, to assist a person in becoming more like Jesus Christ. At the core of these prayer practices was something known as the examination of conscience, or the prayer of examen. I have often called it by a simpler name: reviewing your day.

At the center of the reviewing your day prayer is a spirit of gratitude. Rather than a mechanism for searching out what I’ve done wrong in my day, this prayer invites the Holy Spirit to help me sense the movement of God. Its goal is to increase my awareness of God’s presence in my life. While I often become aware of a need for forgiveness, confession is not the primary focus of this prayer experience. The idea is to look at myself with Godlike compassion and patience, noting those times when I am openly receiving and responding to God’s grace, as well as the times when I am not.

If you would like to cultivate an attitude of gratitude, and positively affect your health and well-being, I recommend this prayer at the end of each day. With five simple steps, it can be done in about ten minutes. Or you can take a longer period of time, when you have it. Whether your prayer is long or short, an important dimension of this exercise is that it be done with a grateful spirit.

This prayer holds a central place in the Ignatian Spiritual Exercises.

In fact, those who were taught by him asked whether, when they went to war, they could be excused from the spiritual disciplines Ignatius had taught them to do. Ignatius responded that they could neglect any of the disciplines except the daily prayer of examen. That prayer was too important to neglect.

Reviewing your day can be experienced alone or with others. Parents can even teach this practice to young children. In this case, the approach would be simpler. “Let’s think back on all that has been part of this day. What was especially good about it? Were there things that aren’t so happy to remember?” Ending with a prayerful expression of gratitude for all of it keeps the focus on the main purpose.

If you’d like to read more about this ancient prayer practice of the church, and how it can be used effectively in community, look up the book titled Sleeping with Bread: Holding What Gives You Life, written by Dennis Linn, Sheila Fabricant Linn, and Matthew Linn. Don’t let its cover fool you. Though it looks like a children’s book, it holds much wisdom to ponder for people of all ages.

Choosing to keep a gratitude journal, like my grandmother did, is another beneficial practice. When things are looking down, it’s especially helpful to read over that list and remember each of God’s gifts, whether they be a sunny day or a plunger! After all, everything we have and all that we are stems from the generosity of God. Throughout Scripture, both in the Old Testament and the New, we see evidence of God’s people giving thanks. A word search brings up more than 130 instances of the word “thank” in the Bible. The psalms are full of gratitude.

An attitude of gratitude is simply good for us. My grandmother knew that. Even now that she’s gone, her life still shapes and forms my own. A life of generosity fueled by gratitude. That’s the kind of life I long to live.

Doreen Olson is the executive minister of Christian formation for the Evangelical Covenant Church.