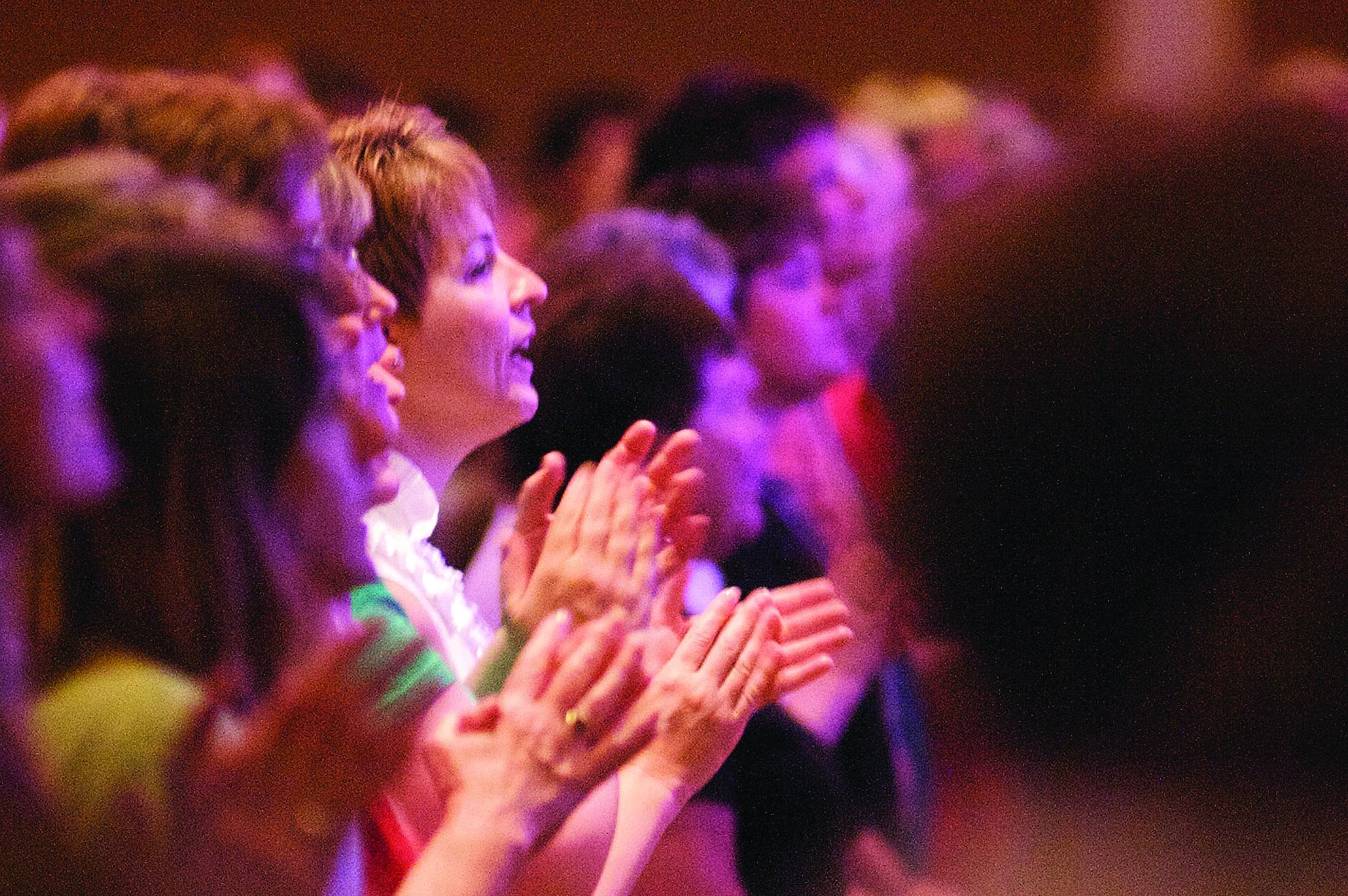 Something can be wonderful simply because it’s unremarkable.

Early in the book of Judges we read that “Whenever the Lord raised up a judge for them, he was with the judge and saved them out of the hands of their enemies for as long as the judge lived” (2:18, NIV). One of the first judges in Israel was Deborah, who was so appreciated for her gifts of leadership that she held court under a palm tree named for her (Judges 4:4-5).

Why is this so delightfully unremarkable? Because Deborah’s gender is never mentioned. The Lord raised up Deborah, and she commanded troops and co-authored a song of praise, in which it was noted that villagers in Israel would not fight until she arose.

This historical account begs a contemporary question: Does God still raise up Deborahs today? As you read this in yourspecific ministry setting, maybe the better question is this: Is it possible that there is a Deborah in your midst?

The Evangelical Covenant Church has organized its mission around five priorities, one of which is the call to develop leaders. In line with that strategy, the Commission on Biblical Gender Equality has developed a specific initiative, Develop a Deborah. We invite leaders throughout the Covenant to identify gifted women and girls in your congregation, youth ministry, or campus, and actively assist them to grow in their abilities and to live out their call to serve.

The Deborahs among us are frequently overlooked. Those in positions of power too often operate from the rarely challenged assumption that God only raises up men to take on the most significant ministry positions. Gifted women are then channeled into gender specific ministries or into children’s or youth programs.

In the late 1960s and 70s, the high-school ministry at my home church experienced an amazing outpouring of the Holy Spirit’s calling. We didn’t sense it happening at the time, but by the early 1980s almost two dozen of us were serving in a variety of parachurch ministries and in local congregations. That’s a disproportionately high number from a group that averaged fifty students each week. Today fourteen of those pastors and missionaries are still serving, eleven of them ordained in the
Covenant Church. But of those fourteen, only one of them is female.

We know well this passage where the prophet Joel proclaims that the Holy Spirit will be poured out on all people: “I will pour out my spirit on all flesh; your sons and your daughters shall prophesy” (Joel 2:28, ESV). Yet we seem to ignore this promise for our daughters. Were only males in my youth group designated as the recipients of leadership gifts? Did my church only mentor and encourage men who had a heart for God?

For twenty years I served as lead pastor in Escalon, California. Although we benefited from having both men and women as church board members, we never had a woman serve as chair, and I never asked a woman to preach on Sunday morning.

In the early 1990s I began to study the Bible regarding women in ministry, and realized that I could no longer subscribe to the complementarian viewpoint, which contends that God assigns leadership roles in the church to men and that women are limited to serve in supporting roles. Even though my viewpoint had changed—God never intended for gifts and roles to be gender-related distinctions—year after year I continued to recruit from the same pool of men to preach when I was absent. I wasn’t living out my beliefs.

But everything changed in 2002 when Colette Lund-Rocha came back for a visit. Colette had grown up among us, and she had been serving on staff with Youth With A Mission in Culiacán, Mexico. We had been hearing reports of how God had used her greatly. Why wouldn’t I ask her to preach?

The impact of her message was immediate and profound; the complementarians in our congregation loved Colette and soon found themselves agreeing heartily that God can and does use women—powerfully!

A complaint was lodged and addressed in the early church—the Greek-speaking widows were being overlooked in the daily distribution of food. Measures were taken to prevent this from occurring again, and the result? The word of God spread, and the number of disciples increased rapidly (Acts 6:1-7). When the logjam of inequity is removed, justice rolls on “like a river, righteousness like a never-failing stream” (Amos 5:24, NIV).

An injustice has been allowed to continue for millennia—women are overlooked in the distribution of leadership roles in the church. The Deborahs in our congregations and in our ministry settings have been passed over whenever the questions are posed: Who will deliver the word of God to us? Who will help us make godly decisions?

Since that day when Colette preached at our church, I moved from simply agreeing with a theological principle to being an active advocate for what I believed. If it is not natural and normal for women to speak and lead, women and girls are effectively being told that God only raises up Daniels and Davids, but not Deborahs.

Ministry leaders and pastors, God does call women to lead, and your actions are crucial. You can work to ensure that women are being discipled and directed into opportunities to lead according to how God has gifted them.

If you are a male in a lead pastor position, you can demonstrate that God speaks through women by inviting them to preach, not just when you are on vacation, but also when you are present. Make sure that women who serve vocationally on staff are called pastor, not director or coordinator. Search committees, consider the best candidate when it comes to selecting a new pastor—not just the best qualified man.

Who is the Deborah in your midst?

Brian Wiele is the lead pastor at Rive Ridge Covenant Church in Olympia, Washington, and the first male chair of the Commission on the Biblical Gender Equality. He wrote “The Deborah Project” because far too many women who hear God’s call can’t get a call to serve the church. He’s looking forward to becoming a first-time grandpa in January.