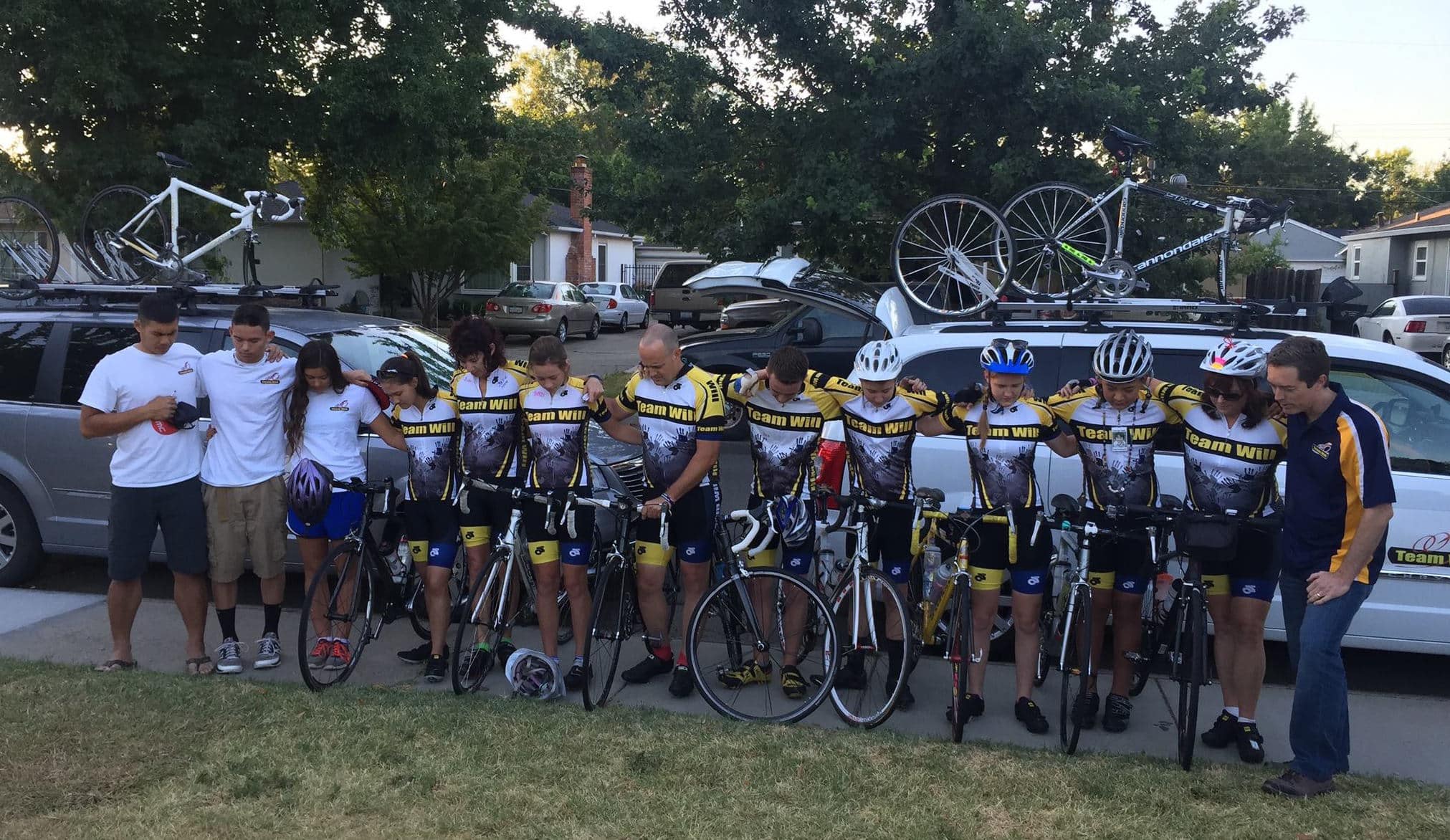 SACRAMENTO, CA (July 6, 2015) — Some 5,500 high school students are slated to attend CHIC 2015 in Knoxville, Tennessee, next week, traveling by buses, cars, planes, and vans, to the University of Tennessee campus. But eight teenagers from River Life Covenant Church are biking for much of their trip while also raising awareness for childhood cancer and visiting patients in hospitals along the way.

The team, which includes four adults who are co-riders and van drivers, left Sunday on the 2,700-mile trip that will take them through nine states and 13 major cities. They plan to arrive in Knoxville on the first day of CHIC, the triennial youth gathering that will be held July 12-17.

Cycling to CHIC was not something Steve Wong, associate pastor of youth and discipleship, initially wanted to do.

Wong had started his job at River Life in September 2014 and quickly learned that he was responsible for leading 14 teenagers to CHIC (six students are flying). And they were already behind on their fundraising.

People suggested he talk with Ken Scarberry, a church member who had shown fundraising prowess as the head of a childhood cancer advocacy group. After parents in the church lost their child, Will Kiefer, to a rare form of cancer just before his first birthday in 2004, Scarberry cofounded Team Will, a group that cycled across the country every year starting in 2008.

Scarberry emailed Wong to suggest that the youth group be this year’s team.

But a group of teens riding cross-country seemed like a crazy idea, Wong said. It would also mean raising an additional $1,000 per person to benefit Team Will.

“My knee-jerk reaction was no way,” Wong said. “My finger hovered over the ‘delete’ button on the email, but God stopped me and asked me: ‘Isn’t this why you responded to this call— to shepherd the church through the ministry to youth?’ ”

That was when Wong realized the trip would be an answer to his prayer that he would help the church deepen their discipleship through intentional intergenerational ministry. It also was an answer to Scarberry’s, who had hoped to one day have a group of teens comprise Team Will.

To Wong’s surprise, the youth and parents were enthusiastic about the ride and the cause. The adventure was part of the attraction but so was the opportunity to raise cancer awareness.

The team of eight cyclists has been training since January, riding 60 to 80 miles a week together in addition to piling up mileage on their own.

After their first training ride, the student’s naivete about the trip was evident. “I don’t think they knew what 2,700 miles is,” Wong said, laughing. “It was after the first 60 miles that they were like, ‘Oh this is what it is.’”

Wong said he’s already seen changes in the group as they prepared. “There has been reconciliation in relationships, and they’re experiencing what it means to be part of the body and help each other.”

Wong, who has done several 100-mile trips, said the students also are learning endurance and sacrifice. One girl was struggling to make it up a particular hill, so he rode alongside her, gently pushing her with his hand on her back. “I told her, ‘Let’s keep going. Kids in the hospital don’t have a choice about being in the hospital. You have to keep fighting.”

The group needs to cover about 300 miles a day total. The team will bike roughly 80 miles each day and cover the rest of the distance in vans. As well, they will stop at several hospitals, where they will deliver beads and thousands of cards to children.

That part of the trip has required a different kind of preparation. Students visited two hospitals in Sacramento to learn how to have conversations about the illness.

“I am a cancer survivor, so it has been my dream to meet these kids and show them what is possible,” said Maddy, a 17-year-old member of Team Will.

The team already has covered its costs and is continuing to raise funds to support families who have a child with cancer.

The team will be posting updates on its Facebook page.