Five for Friday: Can We Talk? Too Much Contextualizing, A Bridge Too Scenic 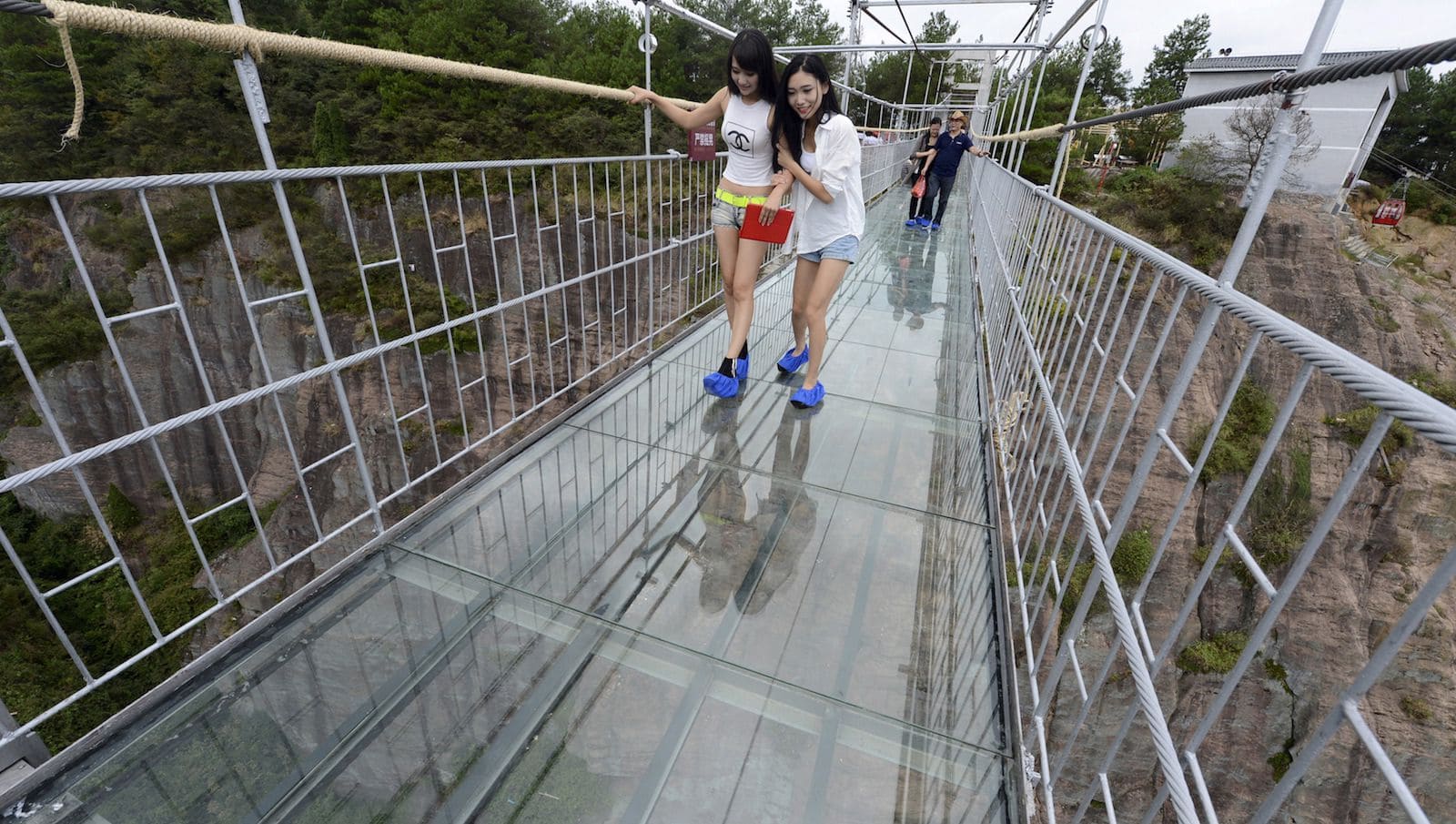 CHICAGO, IL (October 2, 2015) Many Covenanters routinely share links to social media articles and videos with one another that Covenant News Service believes may be of interest to others. Each Friday we post five of them. Following is a sample of those submissions—their inclusion does not represent an endorsement by the Covenant of any views expressed.

Jesus would have to be literally holding my hand and walking with me before I’d even consider this. And maybe not even then. The article caused me to wonder what do we miss of God’s work because we see only danger and are too afraid to take the next step.

If you are like many people who carry a phone from room to room, this is extremely convicting. For those who have decried the way some people are constantly online, this is evidence to boast, “See, I told you so!” But don’t. Everyone should read this, however, because it has profound implications for ministry and community.

A researcher at M.I.T who recently wrote “Reclaiming Conversation: The Power of Talk in a Digital Age,” goes beyond the usual argument of whether “being connected” is good or bad for relationships as well as our own souls. Even the ground that has been covered elsewhere feels like new territory.

From the article: “Studies of conversation both in the laboratory and in natural settings show that when two people are talking, the mere presence of a phone on a table between them or in the periphery of their vision changes both what they talk about and the degree of connection they feel.… Even a silent phone disconnects us.”

Avoiding silence when alone also has negative implications for further conversations. And silence has become too much to bear. “If we can’t gather ourselves, we can’t recognize other people for who they are. If we are not content to be alone, we turn others into the people we need them to be. If we don’t know how to be alone, we’ll only know how to be lonely.”

Chaplains and medical workers have shared this numerous times. Those who work frequently with trauma run the risk of becoming numb or burned out. A nurse who works in the emergency room of the University of Virginia Medical Center began implementing a moment of silence after each death.

“I just said, ‘Can we stop just for a moment, to recognize this person in the bed? You know, this person before they came in here was alive — they were interacting with family, they were loved by others, they had a life.’”

The practice has come to be known as The Pause and proved so it now is taught as part of the university’s nursing program.

Wisdom in Contextualization: How Far Is Too Far?

Ed Stetzer says contextualizing the gospel is crucial if it is to be shared. It impacts the message that is shared as well as God’s community. “But when we think about changes and contextualization today,” he writes, “it is easy to think you are the only one who has it right. Everyone to the left has changed too much and lost the gospel. Everyone to the right is a bunch of legalists who haven’t changed enough and can no longer have a conversation with culture. To overcome this temptation, we need to establish what is unchanging and look for signals that our changes have gone too far.”

A remarkable discovery could have huge ramifications for the environment. Peidong Yang, a chemist at UC Berkeley, has worked with collaborators to create a synthetic leaf that uses the same ingredients as photosynthesis — water, sunlight and carbon dioxide — to produce liquid fuels like methane, butane, and acetate. And just like nature’s version of photosynthesis, it releases oxygen into the air.

According to the article, “The technology is still several years from being commercially viable, but it represents an important step on the road to creating a truly carbon-neutral and sustainable fuel system.” Yang added, “We want to learn from nature, but we have to be better than nature.”