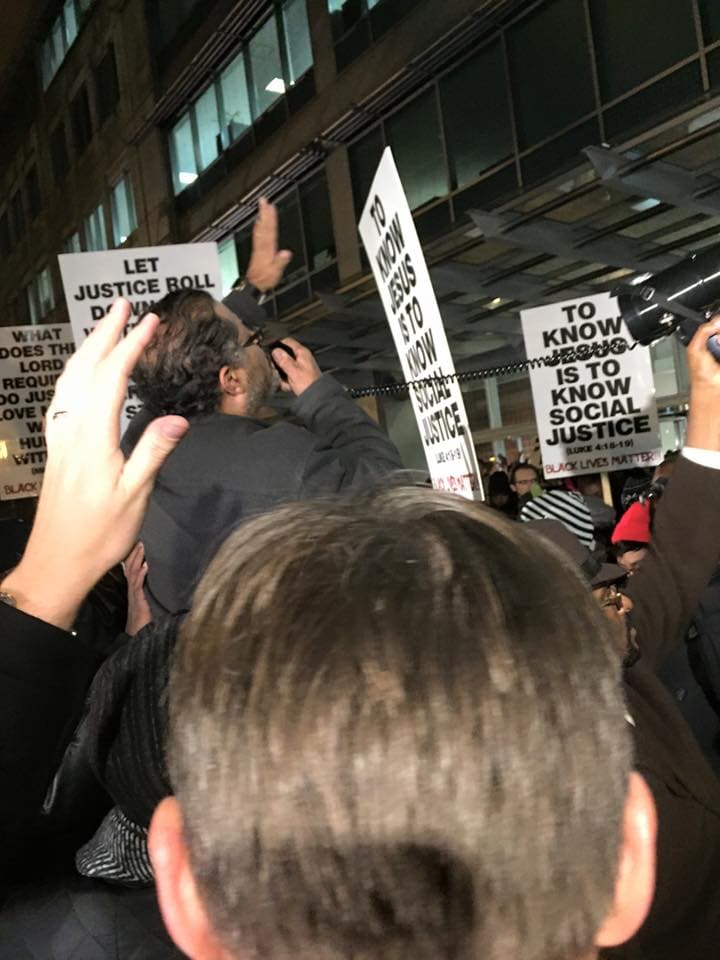 CHICAGO, IL (December 1, 2015) – On a cold, rain-soaked night, more than 200 clergy and laypeople from churches around the city gathered for a peaceful hour of prayer in front of the Chicago Police Headquarters in response to the killing of Laquan MacDonald in October 2014.

Several Covenant pastors helped organize the gathering and were among the clergy who took turns using a bullhorn to pray. Children and teens were among those gathered, and Phil Jackson, pastor of The House Covenant Church in Chicago, led the gathering in a prayer of repentance for adults who had not done enough to come alongside young people to mentor and encourage them.

He also prayed that the youth would use their righteous indignation to pursue justice—and the adults “will have your back.”

Jackson began by sharing that he had learned in Kenya that instead of greeting each other with the words “How are you?” members of the Masai tribe would ask, “How are the children?”

Jackson said this morning that it is a question that should guide public policy, as well as churches and communities. “If we do that, then things can begin to change.”

Shaun Marshall, pastor of Community Covenant Church in Calumet Park, Illinois, south of Chicago, emphasized to the gathering that they should always be praying for police officers because they are brothers and sisters and that most want to do their jobs well.

Marshall added that those gathered were not there to fix a corrupt system but to first pray for Christ’s kingdom to come, consider what that would look like with regard to justice, and then be used by God to act.