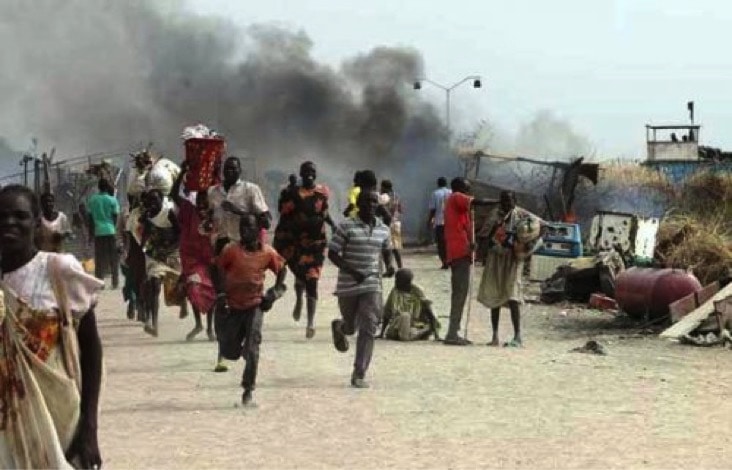 GAMBELLA, ETHIOPIA (April 20, 2016) — Last Friday, gunmen from South Sudan killed as many as 207 people and kidnapped many others in Gambella during a raid across the border. According to James Tang, a Covenant missionary to South Sudan, the attack was a massacre of the Nuer people by those from the Murle tribe and those slain were mostly women and children. More than 40 people from the Evangelical Covenant Church of South Sudan (ECCSS) and Ethiopia were among the victims.

The Murle, a tribe from South Sudan, are known for mounting attacks to steal cattle. The Nuer dwell in both South Sudan and across the border in Ethiopia.

“Our church members are really affected,” said Mathew Jock Moses, director of projects and social development for the ECCSS. “We have lost more than 41 people, and about 36 children from our church were kidnapped.”

In an email to Serve Globally leaders in the United States, Moses continued, “We lost several female deacons, children, youths, and elderly people who are all members of the Evangelical Covenant Church. Our superintendent Rev. Simon Chuot Nyak has lost his younger sister and her husband. We thank God that his family survived.”

Gambella, which borders South Sudan to the west, is also home to some 272,000 South Sudanese refugees who have fled the civil war that erupted in their country in 2013. This latest tragedy comes two months after five ECCSS members were killed in South Sudan when attackers linked to government forces stormed a United Nations refugee camp with automatic weapons and machetes.

After the February attack, Covenant World Relief created a PowerPoint presentation to help Covenanters become more informed on how to pray for their brothers and sisters in South Sudan. You can view it here.

“The violence our South Sudanese sisters and brothers experience regularly is utterly appalling,” said Serve Globally executive minister Al Tizon. “I don’t even know how to pray sometimes; I just offer up groans too deep for words. We are poised to help, to put hands and feet to our prayers, as we rely on our partners there and missionary James Tang to let us know if there is anything we can do.”