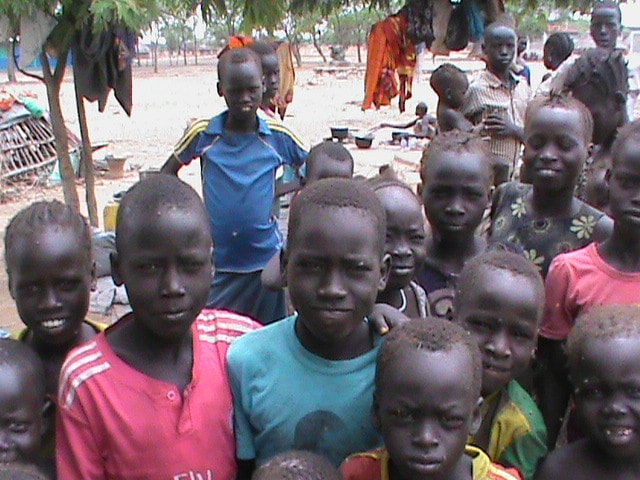 “Giving is one tangible way that we in the ECC can stand with our brothers and sisters in the ECC of South Sudan and Ethiopia as they care for those who have suffered from this tragic violence, both those in the Covenant Church and those in the wider community,” said CWR director David Husby.

In an email update, Mathew Jock Moses, director of projects and social development for the Evangelical Covenant Church of South Sudan (ECCSS), described the horrific situation and the tremendous need.

“This Gambella massacre killed more than 200 people and led to the abduction of more than 118 children,” wrote Mathew. “It’s one of the largest tragedies to affect the Covenant Church here in this decade. We have lost several members including female deacons, evangelists, youth group, choirs, and children. The disaster has left many children orphaned, and many parents childless.”

He continued: “We the ECC South Sudan and Ethiopia church leaders, including President Abraham and me, were busy throughout the week the tragedy occurred burying the dead and comforting the people who have lost their kids and livestock and other viable sources of their survival. We have been mourning and we are aware that the ECC congregations in the entire world were also mourning.”

“The Murle youths who carried out the attack have already killed several children whom they abducted,” Mathew said. “None of the children have been rescued yet, though some bodies have been recovered during the rescue operations.”

The funds that the ECCSS receives from CWR will be used to support the needs of the families devastated by the massacre, especially orphaned children.

In addition to food and shelter, the ECCSS leaders also hope to provide the distressed families and individuals with assets like cattle, sheep, goats, and fishing equipment, which Mathew explains “will be economically worthwhile to assist the orphan children and those who remain empty handed without incomes due to the tragedy.”

Those who would like to make a donation to support relief efforts should visit the CWR Sudan Relief page. Also, checks designated for “ECCSS Disaster Relief” can be mailed to: Covenant World Relief, 8303 W. Higgins Rd., Chicago, IL 60631.