A Modest Proposal about the E-word 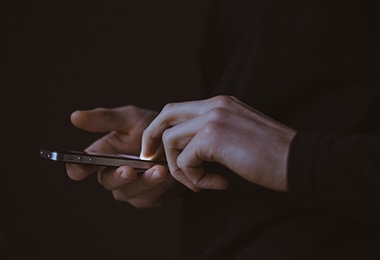 So, you know how it’s fashionable for companies to describe marketing specialists as evangelists? (If you didn’t, then yes, it’s a thing.) The gilded virtual hallways of LinkedIn are littered with job titles like “chief product evangelist”—supposedly describing the zeal with which they promote their company and its product.

Often the best product evangelists start out as satisfied customers. Take Apple. The advent of the iPhone transformed Apple from a profitable company with a niche audience to a market-dominating behemoth. With a combination of powerful hardware and slick design, the iPhone became the device consumers desired and designers wanted to emulate. Passionate iPhone users often became de facto product evangelists.

But then other devices—most notably, Google’s Android phones—began outpacing the iPhone in various performance metrics, including price. With each new version, Apple fans crowed about their superior new iPhones, even as they trumpeted features that were already commonplace in Android phones.

After a while, the iPhone’s reputation turned from standard-bearer to overrated, and its fans, rather than creative rebels on the cutting-edge of technology, began to sound inflexible, defensive, and even ignorant.

Now, were all Apple users behaving this way? Of course not. Most of them probably didn’t care much about getting into a culture war over whose smartphone was better. But the loudest among them ended up setting the tone for the conversation, inadvertently casting their beloved brand in a negative light because of how loyal they were and how badly they wanted to protect it.

And it occurred to me—maybe “evangelist” is the wrong word to describe these fans. Maybe it’s better to use evangelical, because it seems that the word “evangelical” has undergone a similar shift in meaning and reputation. It’s happened more gradually, but in our attempts to defend both our faith and our legal right to practice it, we have become more identified by what we are against than what we are for. And we’ve inadvertently come off as rigid, defensive, judgmental, even ignorant.

Type “evangelicals are” into Google and see what pops up in the autocomplete.

Again, have all evangelicals behaved this way? Of course not. But enough of our leaders have done so for so long, that the word has become tarnished. Lest you think I’m exaggerating, fire up a Google search engine, type in “evangelicals are” and see what pops up in the autocomplete. We who are supposed to bear the mantle of good news end up looking like racists, hypocrites, or stooges.

When Donald Trump became the presumptive Republican nominee, plenty of religious leaders pushed back, attempting to take a principled stand against someone they viewed as a self-serving charlatan. But it seems that many more chose to hold their noses and double down. Jerry Falwell Jr., president of Liberty University, tweeted a photo of himself with Trump. In the background was another framed picture of Trump on the cover of Playboy, a publication surely considered contraband at Liberty.

But this issue is bigger than Trump, or the American presidency, the U.S. Supreme Court, immigration, abortion, mass incarceration, or any other hot button issue. This is about how people perceive American Christians as we attempt to share the good news of Jesus Christ. When it comes to the word “evangelical,” somewhere along the way of advancing our organizations and worldview, something has gotten lost in translation.

So I think we oughta stop using it. Not stop telling the truth about Jesus, not stop praying for our communities, not cease being a visible, incarnational presence—but stop calling ourselves evangelicals. Take it out of our denominational name, and banish it from active usage.

If we’re not willing to do that (and I confess, it’s a long shot), then our top imperative should be figuring out how to reclaim it from those who make the rest of us look so bad.