Always on My Mind 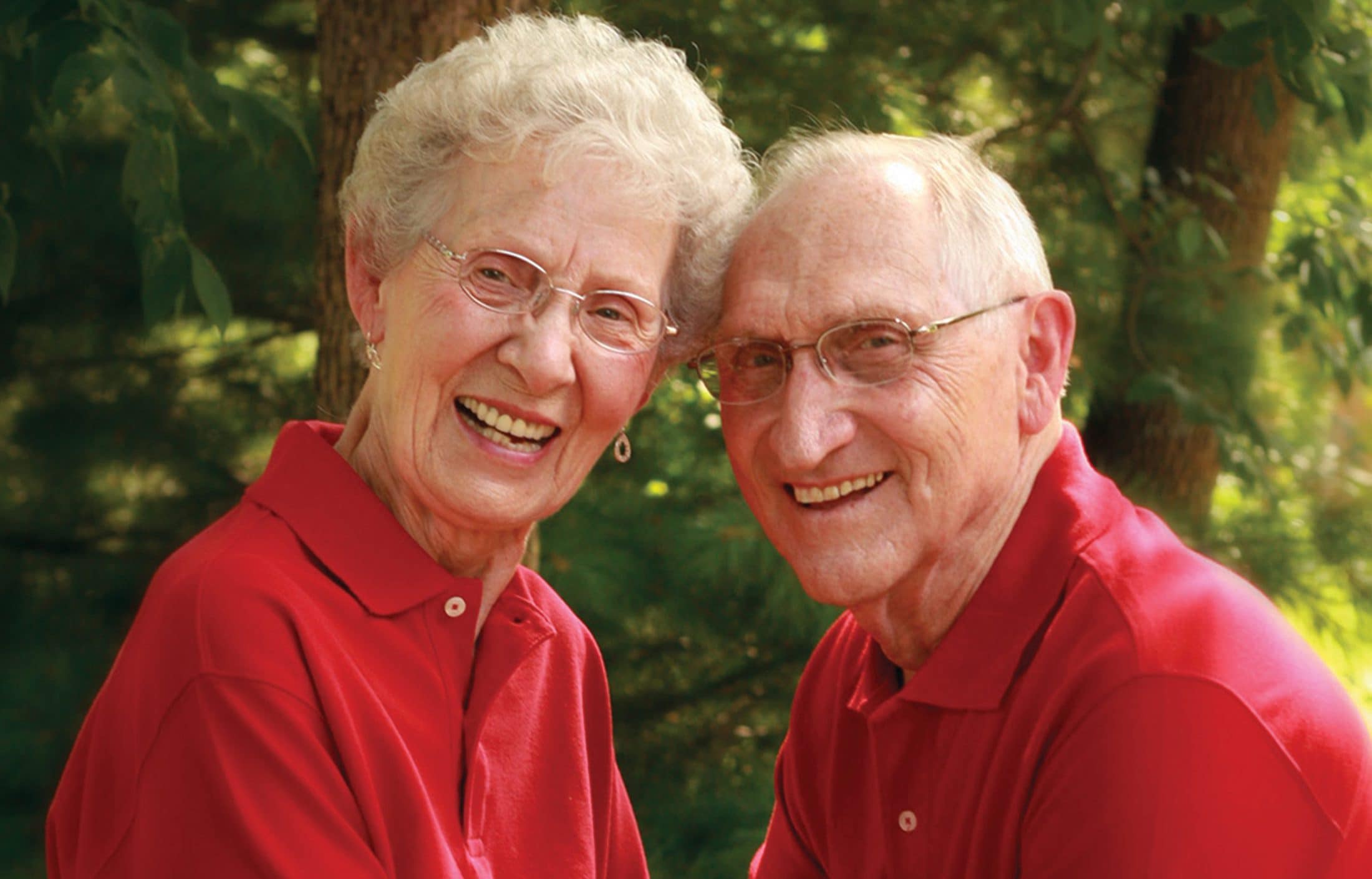 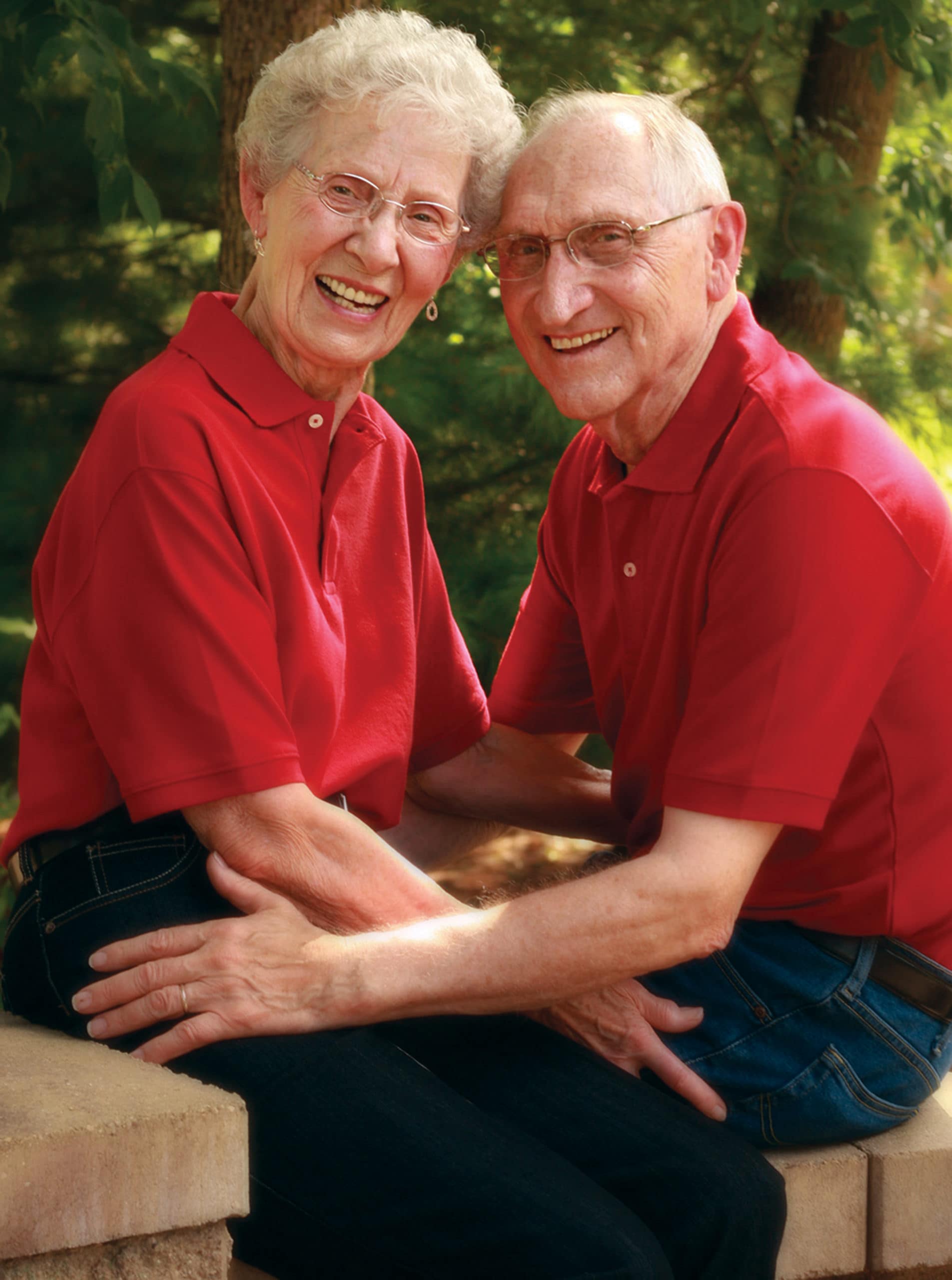 Always On My Mind

A pastor shares the bittersweet journey of caring for his wife as they face Alzheimer’s together.

Reality hit me a little more than six years ago when our doctor said, “This is Alzheimer’s.”

Gentle, caring, faithful, honorable, and generous are all words friends use to describe my wife, Janice. Ten years ago, I began to notice that she was struggling to remember words such as “refrigerator” or “garage.” I had to continually remind her to be ready for an event at a given time. Once she got lost driving in a familiar part of town. Fortunately, she had her phone so I could guide her home a few blocks at a time.

Eventually we had to sell the house we had grown to love over the past fifteen years. It was hard to leave the home that had become the gathering place for family events, but we were able to move to a lovely apartment where I would be able to care for her.

As Janice lost her memory, I lost my wife, my beloved companion and friend. It sent me into a tailspin of compounding grief as the losses mounted.

I confided in friends at First Covenant Church in Red Wing, Minnesota, and they began to plan ways to reach out to us. For many months during this difficult time, thirteen different couples and individuals brought meals and ate with us every Monday evening. Some came multiple times. They gave Janice social contact with people she could still slightly remember. And they gave me much needed conversation, as well as relief from meal preparation.

Every week Janice’s friends came to spend an hour or two with her so I could attend a men’s prayer group. When I needed new tires on my car, someone from church did the research and took my car to have them installed. Notes of encouragement, phone calls, and text messages—all were signs of support from our church family. Our friends, brothers and sisters in Christ, formed a safety net around us that supported me as I grieved and surrounded Janice with the love she needed.

According to the Alzheimer’s Association, Alzheimer’s disease is the sixth leading cause of death in the United States and takes the lives of more people each year than breast cancer and prostate cancer combined. More than five and a half million Americans are living with Alzheimer’s, and that number is expected to rise to nearly fourteen million by 2050. Additionally, it is estimated that more than sixteen million Americans provided 18.4 billion hours of unpaid care for people with Alzheimer’s or other dementias in 2017.

I have become one of those caregivers. Along with the untiring support of our family, and the devoted ministry of our church, we have been able to lovingly care for Janice’s needs as the disease progresses.

Before Janice’s diagnosis, she and I volunteered at Alaska Christian College during the spring semesters in the early 2000s. As adjunct instructor of biblical ethics, I used the textbook An Introduction to Biblical Ethics, by Robertson McQuilkin, with my students. At that time, McQuilkin announced his resignation as president of Columbia International University so he could care for his wife who was advancing through the stages of Alzheimer’s. He said he was doing this because he could care for her with more love than anyone else. As I listened, I knew that if Janice and I experienced anything similar, I would want to care for her—to love her more than anyone else could. Love is what she needs more than anything else.

This is what I have done for the past six and a half years and will continue to do even while Janice is in memory care. In the process, my relationship with Jesus has grown deeper than ever before. I am thankful for God’s faithfulness to me and those who share with me in Janice’s care.

The great hymns of the church ring clear the message of our mighty God as I play them with Janice every day. She is able to sing along, the words having been implanted in her heart over many faithful years. Even after she lost her ability to find words for conversation, she sings, “Amazing grace, how sweet the sound that saved a wretch like me!” We are constantly reminded of God’s faithfulness singing, “O God, our help in ages past, our hope for years to come, our shelter from the stormy blast and our eternal home.”

As Janice lost her memory, I lost my wife, my beloved companion and friend.

Last August, at the wise urging of our adult children, we placed Janice in a memory care unit located near one of them. This was an extremely difficult decision—another series of loss and grieving, including the loss of being near our friends in Red Wing. Within the first month, Janice lost the ability to stand and walk, causing the need for a mechanical lift for transfers. I could no longer get her into her wheelchair alone to take her for a walk, nor could I get her into the car to go for a ride in the country. I have a small apartment nearby, so I can spend quality time with her each day.

After Janice’s diagnosis, I learned that Alzheimer’s is a terminal disease. There is no cure. The life expectancy of an Alzheimer’s patient varies greatly. Depending upon the age at onset, a person can live with the disease from three to twenty or more years. Janice is eighty-seven and in good physical health. I am eighty-eight and in good health. I pray that the Lord will allow Janice to go to her eternal home before I do so I can be there for her until the end.

As Janice has slipped further and further away, I have continued a dreadfully slow process of grieving. Early on, I had times of denial when I would expect her to function as she always had. I have been angry at Alzheimer’s for what it has stolen from us. Sometimes I have “poor me” days. The grief goes on and on. Just when I think I have adjusted, I get another bittersweet surprise, like when my wife smiles at me and asks, “Do you have a wife?”

Having served forty-five years as a pastor, I confess that I did not understand the needs of people suffering from dementia. In fact, I can look back and see times that I deliberately avoided such people because I did not know how to relate with them. With gratitude, I recognize that our church has provided ongoing support in tangible and sacrificial ways. I am incredibly thankful. Serving people with Alzheimer’s is a difficult ministry for the church because the duration is long and the needs are often hard to communicate.

As the days go by, I am abundantly aware of God’s amazing grace and unfailing love. It is my hope that our story may help others reach out to those who need the love and encouragement of Jesus embodied in his people.

Marvin Eppard (p. 36) is a retired Covenant pastor. He and his wife, Janice, have been married sixty-six years. After serving the Covenant church in Nome, Alaska, they moved to Red Wing, Minnesota, in 1995. Since retiring, Marv has served five interim pastorates, and he and Jan have participated in short-term missions in Mozambique, Japan, and Russia. In 2013 Marv self-published a historical novel, A Heritage Not Forgotten, telling the stories of four of his great-grandparents.