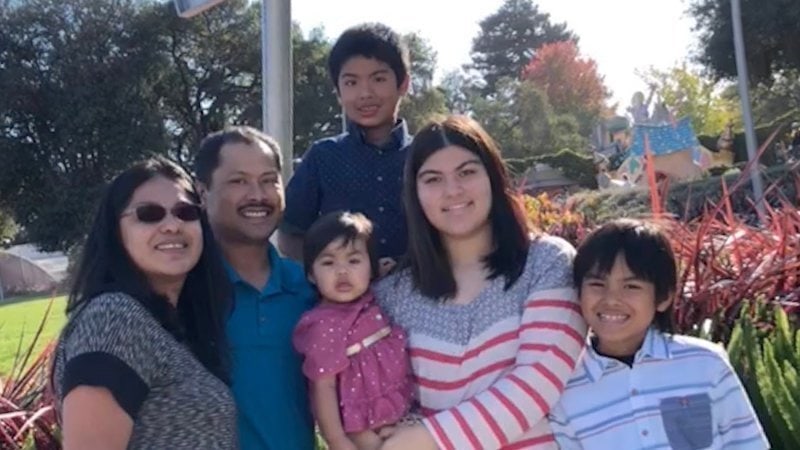 (February 18, 2020) — Saman Pho, a Cambodian refugee facing deportation, was released from detention and reunited with his family in Oakland last month, thanks to a petition drive that led California Gov. Gavin Newsom to pardon him. The Covenant Asian Pastors Association had urged Covenanters to add their names to the effort to help Pho, whose family is connected with First Covenant Church in Oakland. In all, 40,000 people signed the petition.

The 44-year-old father of four thanked the church during a service January 26 for their prayers and for signing the petition. “This is surreal,” Pho said. “I was in danger of losing my whole family.”

Pho’s parents, who are naturalized citizens, are part of the First Covenant’s Cambodian ministry. Two of Pho’s children participate regularly with Harbor House Ministries, which was established by First Covenant to assist immigrant and refugee families.

Pho was six years old when his family came to the United States after escaping a Khmer Rouge labor camp during the genocide. His brother had died of malnutrition in the camp.

When Pho was 19 years old, a group of men attacked him and a friend at a party. “Out of fear and panic,” he fired a gun, according to the petition. Pho accepted responsibility for the shooting and was imprisoned for attempted murder following a plea deal.

Supporters said Pho had turned his life around. They noted that after being released from prison, he graduated with honors from a cement mason apprenticeship program and has had steady employment.
On October 3, Pho was taken into custody as part of increased efforts to deport Cambodians with criminal records.

The pardon from the governor did not absolve Pho of his crime, but it provided the only opportunity to prevent him from being deported and enabled him to regain his visa status.

After calling Pho to the stage during the church’s second service last month, pastor Marco Ambriz told the congregation, “We’re grateful for Saman being reunited with his family and being home at last. We also know the reality of the pain of many people that still have to struggle and don’t have this story right now in East Bay and in our country.”

“God uses his people to bring hope to the hopeless,” Chamron Phal, a minister at First Covenant, said later in an interview. Like Pho’s family, Phal escaped a Khmer Rouge labor camp.