5 Minutes with Alex Gee: Looking Back to Look Forward 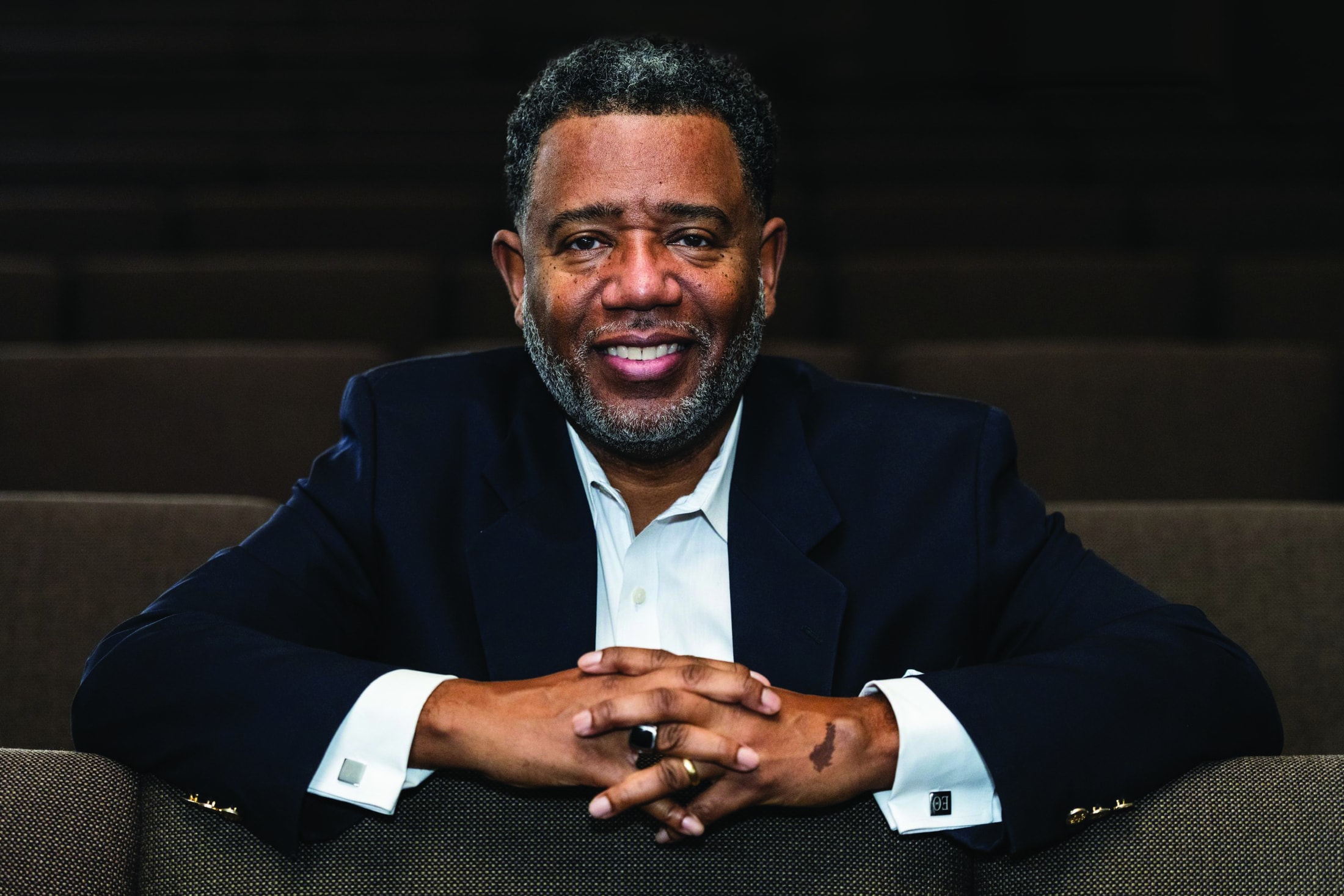 Covenant minister Alex Gee Jr. puts the “active” into activist. The pastor of Fountain of Life Covenant Church in Madison, Wisconsin, is also the president and founder of the Nehemiah Center for Urban Leadership Development and its signature initiative, Justified Anger.

His latest project is the Center for Black Excellence and Culture. Still in early stages of development, the $20 million center has the support of the city and Dane County, which have pledged more than $1 million. The 3.5-acre site of its intended construction was purchased ten years ago with a loan from National Covenant Properties.

Why does Madison need a Center for Black Excellence and Culture?

There’s a revolving door for Black people here in Madison. The university and the local government draw Black people, but then they leave for places where there is more diversity in food, music, plays, and opportunities for businesses. They would stay here if the city said, “We want you here.”

So the purpose of the Center is to make all of Madison better by making it more attractive to this growing population.

The fact that the city and the county put up $1 million tells the rest of the community that this isn’t just someone’s cool idea. It’s a vote of confidence.

We’re in the pre-development phase—we’re still getting together the business plan and architectural plans. We will emphasize business development and cultural expression—performance space for plays and musicals and slam poetry and bringing in regional Black artists. We’re seeking to raise up Black business owners and Black entrepreneurs to teach them, mentor them, and help them make connections.

How do you respond to people who ask, “How we can work to bring about racial justice?”

Some of my white pastors, friends, and colleagues have called to say, “I’m sorry for George Floyd. I don’t know what to say. I’m just sorry for what’s going on.”

And then some will say, “Will you tell me what I should do, what I should say, what I should preach?” I’ve learned to say, “I can’t take that on. I can’t tell you how to do that.” But I do feel the weight that these people trust me, and they don’t know anywhere else to go.

I feel that pressure. A lot of Black pastors do.

Sometimes you have to push the process. There are things that can and must be done now. But these problems didn’t happen overnight, and they don’t go away overnight. I want to see people be changed. Relationships need to be built—that doesn’t necessarily mean be best friends. It may just be working relationships so that people are informed in how to bring about change.

Why does the Nehemiah Center offer a Black history class? Why is that important?

We want to mobilize people by helping them understand Black history and the systems that shape how we see the world. Here’s an illustration: In Wisconsin, we have a new state Supreme Court Justice, Jill Karofsky. When she was a circuit court judge, she took our Black history class and loved it. She told us she’s had all this education, but she had never been taught the history she learned in our class. It opened her eyes, and she approaches her work on the bench differently after taking that class. “I have power in the courtroom, and I have been part of the problem,” she says. “I can influence a young person’s life.”

Judges have to take continuing education courses, and she asked if I would teach this course to judges. Now the judiciary is contracting with me and a colleague to talk about how racism and bias are woven into the constitution and how systems have continued to hurt Black people and put more people of color in their courtrooms.

You don’t have to reach everyone yourself, but if you reach the right people, that can make a big difference!

The class is for “would-be allies.” A lot of people say they are allies, but what difference does it make in their lives? How are you an ally if you don’t know any Black people or interact with Black people? Some people are willing take their kid all the way to Colorado to play in a volleyball tournament, but won’t travel a couple of miles to the Boys and Girls Club. There’s something wrong with that.

People think that fairness and Christianity run along party lines, and that’s not true. Injustice in this country is more than 400 years old. We can’t just sit on our laurels and think things are going to be different because a new party got elected. Change has to come from us.

The events of the past year have reignited conversations and engagement about racial injustice. How do you respond to those dialogues?

I wrote a poem called “Now What?” as a way of reminding people that we’ve been to places before where we saw atrocities and said we’d never go back. The Edmund Pettus Bridge 56 years ago—we thought, “Oh my gosh, we’ll never see that again.” Then all the assassinations of the ’60s, and we said, “Oh, we’ll never ever see that again.” But we did, and we went back to sleep. And now we’ve seen Ahmaud Arbery and George Floyd and Breonna Taylor.

We can’t think somebody else is going to clean it up. We can’t be lulled. If we start thinking now things will just be different, that will set us back so far that we won’t be able to overcome it for a generation. Gil Scott-Heron wrote a song back in the 1970s called “The Revolution Will Not Be Televised.” You can’t just sit and watch it on the 10:00 news.

A few years ago I went skydiving for the first time. I started talking to my jumpmaster, asking, “Hey, how are you doing today?” I wanted to know if he’d had a fight with his wife or kids, what kind of mood he was in. Because if he landed well, I landed well. If I landed well, he landed well. We were tied together. As long as we feel that working for justice is optional, then it’s not unity. It’s not unity until you feel totally vulnerable and broken about what is happening.