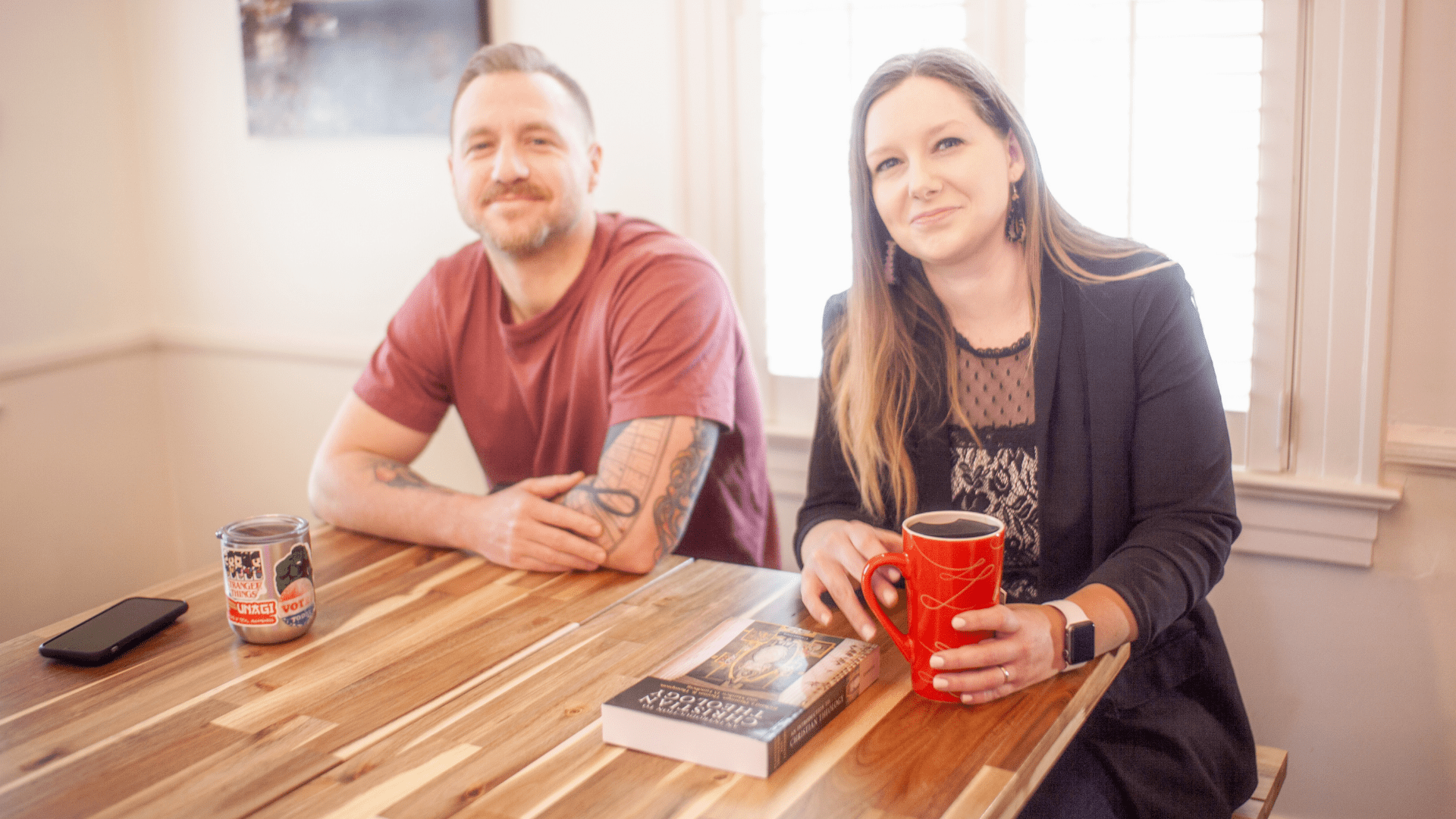 Soon the question for the fledgling church became, “How do we live in community at that intersection?” “These were the thoughts that were swimming around in our head, that the Holy Spirit was implanting in our souls. It birthed this community,” says Sivewright.

Before planting Engage South KC, Lang and Sivewright were both serving as pastors at Community Covenant Church in nearby Lenexa, Kansas. “I think we both knew at some point we were going to be called into church planting. As we prayed and processed together, we realized there was a short timeline on this—things were changing so quickly. We felt like God was pushing us and we needed to move,” Lang says.

Little did they know that the pandemic was bearing down. While the timing might have seemed completely wrong, to Lang and Sivewright it seemed, well, timely. “We sensed that people were kind of pulling away from the church. We needed to step in with an alternative model.”

They started gathering online for the first few months. Then they launched Engage groups—small groups that formed around an online presence and extended to serving in the city. “We had people from seven different states involved, which would not happen in a traditional church plant. We knew we had a unique opportunity,” Lang says.

Their first in-person gathering was in June 2021. Now they gather every other week for corporate worship, to build one another up, and to study Scripture. On alternating weeks, they encourage people to be out in the city serving and gathering in Engage groups. Currently, about 100 people gather online, and 30-40 people gather biweekly in person.

Both Sivewright and Lang are also passionate artists, working with music, video, and writing. They carry those passions into the church’s identity. “We wanted to be very intentional from the beginning about inviting artists to drive our culture and vision,” says Sivewright. “From the beginning, artists in our community would display their artwork in our gatherings, and we would use that as a focus point of the service. We want to ask, ‘What is the story behind this artwork? How is the gospel depicted here?’ We are really inviting our artists to be the vehicles for the gospel.”

As the community grows, Lang says, “We don’t move until God says we move.” For now, they continue their bi-monthly services and weekly Engage groups. In the future, they hope to find long-term space so they can launch an arts incubator and a community service center to invite their neighbors to engage in their space in meaningful ways throughout the week.