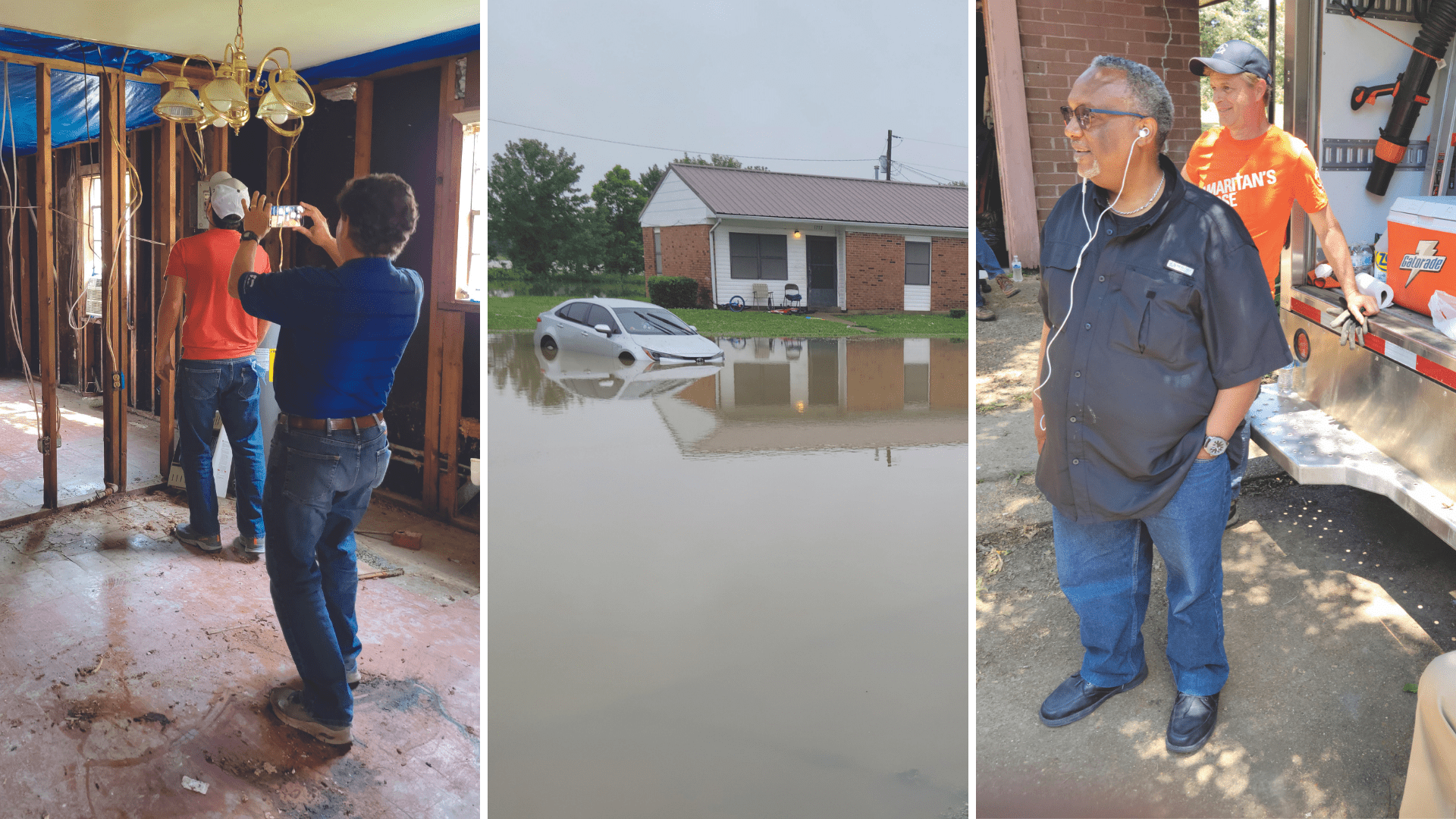 Mound Bayou, Mississippi, is one of the oldest African American-founded communities in the country. Settled by formerly enslaved men Isaiah T. Montgomery and his cousin Benjamin T. Green in 1887, the community was intended to be self-sufficient, self-reliant, and all Black.

Pastor Darryl Johnson is a descendent of those early settlers and says he is “dedicated to preserving the real history of African Americans and how we have played a part in the history of the area.” Johnson is one of the founding members of the Historic Black Towns and Settlement Alliance and founder of the Mound Bayou Museum. He served as mayor of Mound Bayou from 2013 to 2017. And he is pastor of Walk of Faith Covenant Church.

Walk of Faith was founded as an independent church in 1983. Later, Covenant pastor Richard Barry met Johnson at a local Community Development Association meeting while on a trip to introduce churches of ethnic diversity to the denomination. “The things the Covenant was doing and how they were doing it impressed me so much. I had never seen anything like that,” says Johnson.  The church began exploring a relationship with the Covenant in the late 1990s.

“The main thing that drew us to the Covenant was the diversity,” Johnson says. “We took a carload of board members to an Annual Meeting. Then president-elect Glenn Palmberg stood up and during his talk said he would not rest until Black pastors pastored white churches. That made an impact on us. We saw the spirit of love in the group and people were open to us. We had never been treated like that as a group.” The church voted to join the Covenant in 1998.

Johnson says, “Having served as a mayor of Mound Bayou means I feel community responsibility for the town.”

So when excessive rains hit the Mississippi Delta last summer, Walk of Faith Covenant Church jumped in to help. On June 8, 2021, a deluge of rain, more than eight inches in a few minutes with more to come, overwhelmed the area. The floods affected 40 percent of the homes in Mound Bayou and Boliver County. Hundreds of homes were damaged by floodwaters from relentless storms.

“The first thing we did was provide a place for people to come,” Johnson says. “The church is in the middle of town and didn’t flood. We got some water damage because the rain came so fast, but we were able to move carpet out and house people. We also started to help rescue people and take them to hotels and other safe places. We helped oversee the feeding of people as well.”

In Mound Bayou alone, 60 homes were flooded and 20 households are still not back in their homes. A grant from the Love Mercy Do Justice mission priority helped the church serve its neighbors, so they were able to connect with other organizations in the area who were doing relief work. Through the Covenant’s Merge ministries, teams have headed to Mississippi to help. Merge is working in conjunction with local county disaster relief programs and they have taken the lead in addressing the hardest-hit areas.