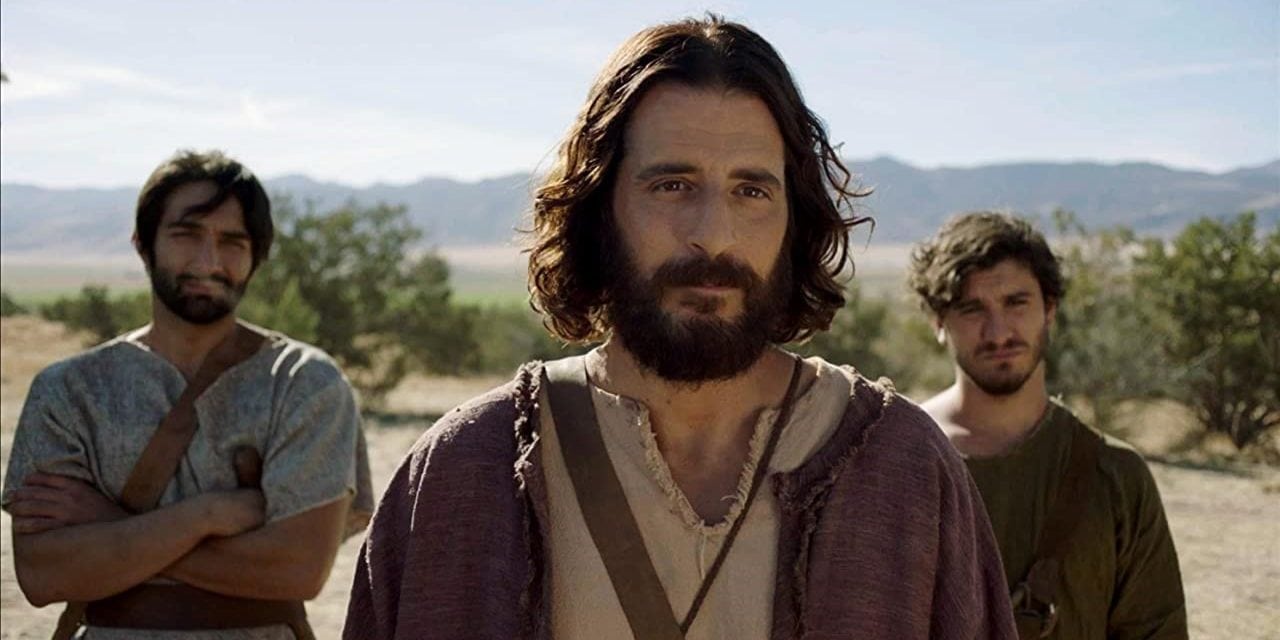 The Chosen is a new TV series that depicts the lives of Jesus and his disciples as recorded in the Gospel narratives of the New Testament. As I sat through its first four episodes, I was reminded of another series with a similar approach, albeit wildly different subject matter. Plainly put, watching The Chosen is a little like watching a bunch of Marvel movies.

Don’t get too carried away. I did say “a little.”

There are no huge death-defying action sequences. And obviously, a crowdfunded faith-based live-action series depicting Bible stories has nowhere near the budget or production values of the latest flick from the Marvel Cinematic Universe.

But what they have in common is origin stories. Every great superhero has an origin story, and one of the keys to transforming a stock superhero archetype into a believable three-dimensional character is by giving them a compelling origin story. Before we can truly cheer for them, we must fully understand the circumstances that propelled them into putting on a costume and fighting crime or saving the universe or whatever.

This is The Chosen’s secret sauce. Instead of dutifully retelling the biblical narratives off the page, showrunner Dallas Jenkins and his writing team have written speculative backstories for many of the disciples and filled in potential textual gaps with supporting characters in relational proximity. 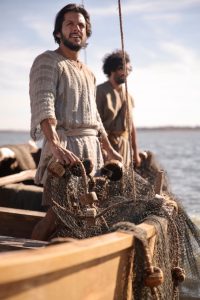 Despite audiences being primed for biblical stories about Jesus, this title implies the opposite. The Chosen presents stories of those who encounter Jesus and are, therefore, changed. That means that when you see a particular person onscreen interacting with Jesus, the basic elements of the plot might already be familiar to those with a Christian upbringing, but because the characters’ motivations and personal histories are on display, the stories feel more resonant. They feel less like cut-and-dry illustrations and more like life-changing encounters.

For example, when Simon Peter experiences the miraculous haul of fish after Jesus instructs him to put his nets out one more time, the story hits differently once you realize that not only was Simon a fisherman but that, in this version of the story, he was in trouble and needed a large catch of fish to save him from an urgent danger (I’d say more, but, y’know… spoilers.)

That said, there is a theological risk to this approach. People who hew to a literalist approach to biblical interpretation might be understandably nervous about the idea of some screenwriter adding extrabiblical content to the Gospel stories. The pilot episode includes a disclaimer about this, claiming “all biblical and historical context and any artistic imagination are designed to support the truth and intention of the Scriptures.” Viewers, therefore, “are encouraged to read the Gospels.”

But, for me, this approach pays off big-time. Not only do these backstories help make the series an engaging watch on par with other television dramas, but they also bring to life cultural contexts that aren’t always explained or understood when we read them as text, or when they’re preached in church.

And this is the most obvious context that isn’t emphasized enough: Jesus, and virtually all of the people in his immediate circle, were Jewish. Watching The Chosen exposes viewers to a layer of ancient Jewish culture that doesn’t normally come through in Protestant or evangelical church settings. Relatedly, the cast is primarily populated with people of color. Shahar Isaac, who plays Simon Peter, the show’s main protagonist, is Israeli. Jonathan Roumie, who plays Jesus, is Irish-Egyptian. And both Paras Patel (Matthew) and Erick Avari (Nicodemus) are of Indian descent. 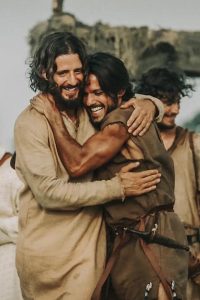 This cultural context might be the most important reason more Christians should watch The Chosen. When it comes to written texts, people have a tendency to overlay their own cultural contexts onto them, even without intending to. This is why so many white people grew up with white portraits of Jesus, because when whiteness is the default standard of a society, it makes —or remakes—all of its heroes in that image, even when the historical evidence would suggest otherwise. For anyone wanting to echo the sentiment of activist and scholar Andre Henry and “break up with white Jesus,” watching The Chosen is a great place to start.

Which is quite an accomplishment, considering its broad base of evangelical support. Many faith-based films and TV series aren’t taken seriously, in part because of how closely they tend to hew to the tastes and sensibilities of conservative white evangelicals, who might be perceived as out of touch with the Hollywood mainstream. But series creator Dallas Jenkins, son of Left Behind series co-author Jerry B. Jenkins, seems to have found the sweet spot between making a high-quality artistic product and courting church folk with an attractive spiritual message.

Not only that, but The Chosen is an example of how effective crowdfunding and social media can propel a project forward. It started as an exclusive on the Trinity Broadcasting Network but has since seen broad exposure through YouTube and a more recent distribution arrangement with the NBC streaming network, Peacock.

The Chosen even courted a little bit of controversy when a recent viral marketing stunt went awry. Billboards for the TV show were faux-vandalized with the address for the website “chosensux.com,” a thinly veiled bit of satire meant to promote the series. Apparently many Christian fans of the show did not get the joke and were angry at what they perceived to be an attack on their values. Whether this was the intent from the start or just a happy accident, it made the news cycle for a few days, and the word got out even more.

And that, perhaps, is the best news of all. In a media-saturated environment where Christians are adopting an embattled posture, a series highlighting the countercultural Jesus movement is creating buzz and turning heads. And audiences old and new are rediscovering what it means to encounter Jesus and experience something different. Whether that something is just a few extra hours of entertainment or a genuine life change with eternal ramifications, millions of viewers think it’s a choice worth making.