It happened in Flint; now it’s happening in Jackson.

Torrential downpours and flash flooding in Jackson thrust Mississippi’s capital city into crisis last week as the city’s main water treatment facility was rendered inoperable, leaving most of the city’s approximately 180,000 residents without safe running water. Though the flood has escalated the situation and exacerbated the danger, water safety is not a new issue in Jackson. 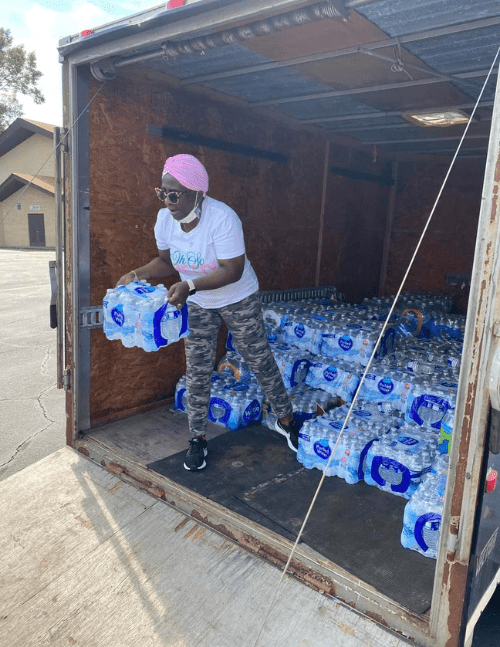 “Unfortunately, this has become the new norm for us,” said Jackson city councilman Aaron Banks in a  BBC news report. “Ever since the winter storm of last year… we have not gone a month without having either a boil water notice or having low-to-no [water] pressure.”

In response to this crisis, the Covenant mission priority Love Mercy Do Justice (LMDJ) is partnering with the Mississippi Rapid Response Coalition, an amalgamation of 30 different local agencies and organizations on the ground in or around Jackson. Their goals are to raise awareness and funding for the crisis, and hopefully spur government officials into taking decisive actions and enacting policies that will restore and protect access to safe, clean drinking water across the state.

If the city of Jackson feels familiar to Covenant readers, it might be because that was the home and ministry base of John “Big John” Phillip Perkins, who was posthumously honored with the Irving C. Lambert Award for Outstanding Urban Ministry earlier this year at the Covenant Annual Meeting in Kansas City, Missouri. Part of honoring his legacy of service means caring for those in his community, especially when there’s a crisis threatening their health and safety.

“Part of the mission of LMDJ is found in the heart of Matthew 25:35,” says the Rev. Ramelia Williams, Director of Ministry Initiatives. “’For I was hungry and you gave me something to eat, I was thirsty and you gave me something to drink.’ The residents of Jackson are crying out for access to a basic need for human flourishing and thriving communities.” Domestic disaster response, economic justice, and community development are all issues connected to the LMDJ mission priority, named after the prophet Micah’s admonition to act justly, love mercy and walk humbly before God (Micah 6:8).

Sharon Davis served as global personnel in Cameroon before being sent to do mission work in Jackson by her home church at Oakdale Covenant in Chicago. She says that the water safety problems she’s encountered in Jackson exceed anything she experienced in Cameroon or similar developing nations. “I had women there without running water or flushing toilets – in the United States,” exclaimed Davis. 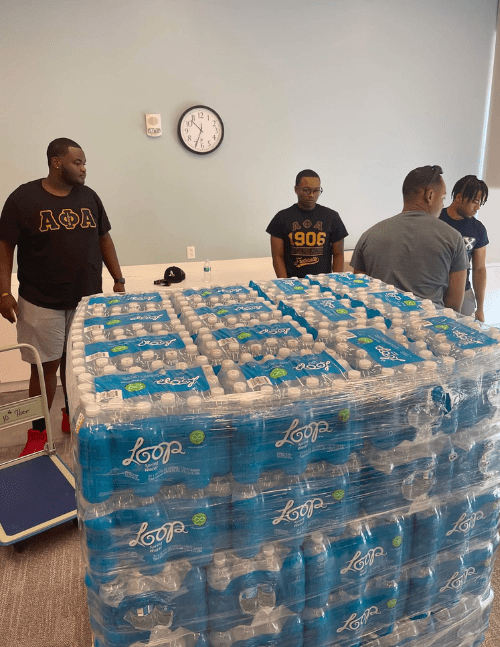 Though she’s obviously distressed by the crisis, she’s grateful for the attention generated from the national news coverage and is just now beginning to see signs of change. “We knew this was going to happen, we just didn’t know when… almost the entire time that I’ve been here, there hasn’t been a time where we were not under a boil water notice. And so now the rest of the world found out about what’s been going on here in Mississippi.”

It’s not lost on Sharon Davis that the flood that worsened the water crisis happened during the 17th anniversary of Hurricane Katrina, another natural disaster that overwhelmed local infrastructure and placed the lives of a mostly-Black populace in jeopardy, not only in Louisiana but also in neighboring states including Mississippi.

She also is grateful for the potential influx of funds, but insists the problems are more than simply financial. “This is not just an issue of money,” says Davis. “We couldn’t get the state government to listen to the city and county governments.” In her various ministry and organizational roles doing community development and outreach, she’s concerned not just about resource deployment, but about equitable distribution of resources, particularly for vulnerable members of the community, especially after the headlines subside.

Donations Can Be Made Here >>