A Ministry of Make and Deepen Disciples

People to Be Loved: Why Homosexuality Is Not Just an Issue

The first Embrace webinar was held on March 20, 2018. We talked with Dr. Preston Sprinkle, author of People to Be Loved: Why Homosexuality Is Not Just an Issue.

Us vs. Us: The Untold Story of Religion and the LGBT Community by Andrew Marin

Andrew Marin reports the findings of the largest-ever scientific survey of the religious history, practices, and beliefs of the LGBT community. This study was also referenced in President Gary Walter’s presidential update at Midwinter 2018.

The Center for Faith, Sexuality, and Gender: Online Resources

The Center for Faith, Sexuality, and Gender equips Christian leaders, churches, and organizations to engage questions about faith, sexuality, and gender with theological faithfulness and courageous love.

People to Be Loved: Why Homosexuality Is Not Just an Issue by Preston Sprinkle

Preston Sprinkle challenges those on all sides of the debate to reconsider what the Bible says and to live it out more fully. Those who uphold a traditional view of human sexuality must still endeavor to reconcile the Bible’s prohibition of same-sex attraction with the message of radical, unconditional grace.

During the webinar, a webinar participant asked Preston Sprinkle to name some strong resources from the affirming position (i.e. in favor of same-sex marriage and therefore not aligned with the ECC’s adopted position) to gain deeper understanding of those arguments.  The following are the resources that Dr. Sprinkle named. Please note that Dr. Sprinkle interacts with all these resources in his book People to Be Loved: Why Homosexuality Is Not Just an Issue.

God and the Gay Christian
by Matthew Vines 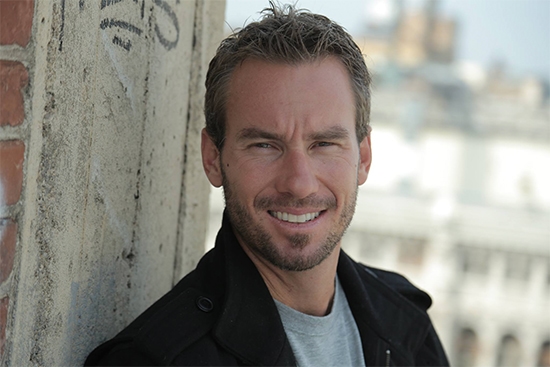 Preston Sprinkle is a professor, speaker, and a New York Times bestselling author. He earned a Ph.D. in New Testament from Aberdeen University in Scotland (2007), and he’s been a professor of theology at Cedarville University (OH), Nottingham University (England), and Eternity Bible College (CA and ID). Preston is currently a full-time author, speaker, and teacher, though his dream in life is to become the next bass player for U2. Or perhaps a professional surfer (neither of which he is very good at).

Learn more about Preston on his website: Preston Sprinkle. 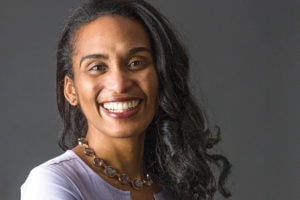 Michelle Sanchez is Executive Minister of Make and Deepen Disciples for the ECC. Her dream is to foster a multiethnic movement of disciples who make disciples across all ages. Prior to this role, Michelle served as Pastor of Christian Formation and Mission at Highrock Covenant Church in the Boston area, ministered to international students in New York City with Cru, and worked as an investment banker for Goldman, Sachs & Co. Michelle earned an M.Div. and Th.M. from Gordon-Conwell Theological Seminary, an international business degree from New York University (NYU), and certification in spiritual direction from Boston College.

We Want to Hear From You

As we develop Embrace, we hope to receive feedback from diverse voices, especially with regard to existing resources or experiences which you have found to be helpful and effective. Feel free to connect with us anytime at embrace@covchurch.org.

Please sign up to learn more, be informed of future webinars, and sign up for more Embrace updates.

Prior to moving to the USA, I was a professor at the National University of Colombia and served with the International Fellowship of Evangelical Students in Colombia for 16 years. Starting in 2001, I served as InterVarsity National Staff in the USA. I have a master’s degree in Christian Ministries, and I serve in Spiritual Direction to those who want to be fully present and available to God and receive His grace over them. My joy is to see professors and college students coming to know Jesus and being transformed into people that bring the good news of righteousness and justice to others.